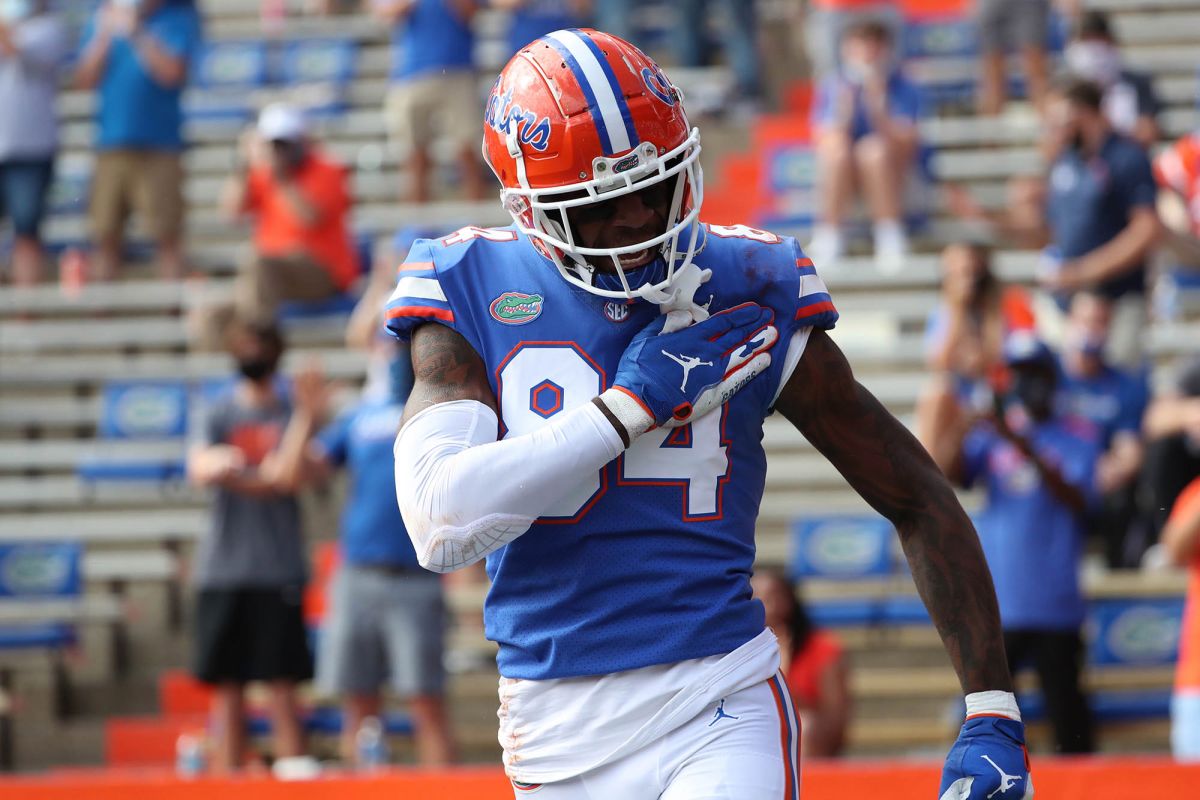 The date was December 20, 2020, the New York Jets were 0-13 and only three games away from having the easiest decision they could ever make. But later that night, that decision was taken out of their hands because the coaches and players did what they were supposed to do, win.

Winning ultimately moved the Jets down from the first overall pick to the second, for good. In that, Trevor Lawrence was all but off the table for Joe Douglas and his future head coach, now Robert Saleh. The toughest part about losing out on that pick was not that they were losing out on Lawrence, but losing the comfort of knowing there was only one choice to make and with no second guessing from anybody, in or out of the organization. So now that they hold the second overall selection, it completely changes the mindset of the Jets organization and how they move forward.

If you take out the potential trades for veteran quarterbacks, the options for Douglas and company are clear as day.

Option one is what the majority of the fanbase is howling for and it makes sense. Darnold has shown flashes of greatness here and there, but has rarely strung those flashes together for a full game. There is a solid argument that he has missed more games than played games at a high level. This way you can select the best quarterback on the board (Zach Wilson, Justin Fields, Trey Lance) and move on from the 2018 third overall pick and allow him to fix his career elsewhere, while there is still a market for him. But it’s not set in stone that Robert Saleh and Mike LaFleur want to move on at the most important position.

That leads us to the second and third options, keeping the fourth year quarterback and trying to build the team around him. In three years, Darnold has not gotten the help needed in order for him to take that next step. The last head coach, who shall not be named, was an impediment on his trajectory. Le’Veon Bell was not the same player he was with Pittsburgh and then moving on to 50 year old Frank Gore at running back. Jamison Crowder, Robby Anderson and Denzel Mims been good or showed potential but regardless of what year it was, the receiver group could never stay healthy. That caused Sam to throw to names like Jeff Smith, Vyncint Smith, Terrelle Pryor, Chris Hogan, Eric Tomlinson, Jordan Leggett.. I think you get the point. Even when his options were healthy, he never had better than a top 20 receiving core and that is being beyond generous. As for the offensive line, 2020 was Sam’s best group having Mekhi Becton, Connor McGovern and George Fant coming in, but injuries and poor guard play never helped. As much blame as Sam should get for his part in this, those are many of the reasons why there are still many believers in his game if he were to get a legitimate chance.

So say the Jets brass does decide to stick with Darnold, what do they do? Trading the second pick is the most likely option considering the amount of teams that are in need of a new quarterback. Let us look at the three most likely slots they would trade back to, what they can potentially get in return and who could be on the board at each respective pick.

The Panthers have been the most aggressive team in terms of looking for a new quarterback. The Teddy Bridgewater experiment did not work out as planned and they want to give it a go with someone new before Joe Brady gets poached away in the coming years.

In moving down six spots, they get an extra first and third to add to 2022 but are also able to get two extra picks in the top 75, bringing their total to seven picks in the first 87. They would have their pick of at least one of the consensus top three wide receivers, a “generational” tight end, an offensive linemen mentioned by some as the best in the class and a potential shut down corner for Saleh’s defense. This is exactly what people have in mind when they say build around Sam, this is your chance to and this doesn’t even add free agency acquisitions into consideration.

Pitts is my decision because you need that guy in the middle of the field that you know you have more times than not when things start breaking down. He can move all over the field and even be used as an inline blocker, if needed. No, tight end is not the most valuable position, but getting an automatic mismatch is, just ask the Niners and Chiefs. Plus, when you look at the depth at receiver, offensive tackle and corner, there are a lot of talented players who can start day one. The same cannot be said about tight end/weapon. So let Pitts come in, be the number one option for Sam and look to make the upgrade inside or on the outside later in the draft.

Arthur Blank is starting over, letting go of the regime that brought him his only Super Bowl appearance since buying the team two decades ago. Matt Ryan is still a top 10 quarterback in the league but his age and the team’s landscape does not go in his favor.

For deciding to drop down just two spots, they add another early second round pick (giving them four in the top 35) and a future first, giving them three in 2022. This ideally puts themselves into position to grab one of their two choices at quarterback (Zach Wilson or Justin Fields) but in this exercise, we stay away from the position. You add a couple more guys to the list that can make a huge impact in Green & White this season; Sewell, Waddle and Farley. All three are often regarded as the best players at their positions and all gigantic needs for the Jets.

Mekhi Becton was an incredible way to start off Joe Douglas’s tenure as Jets General Manager. However, the rest of the offensive line is not built for the future. Selecting Sewell gives you two cornerstones on the offensive line for hopefully the next decade-plus. Ideally they would place Sewell at left tackle but with that spot permanently filled, that allows them to play around with some options. They could place him at left guard and just dominate the left side of the field while they wait for George Fant to play out his contract or they could place Sewell at right tackle and decide to move on from Fant and save some money in the process. This kid is often seen as the best player at his position for good reason, as his blend of quickness, athleticism, balance and strength are all top notch. Building this wall upfront is a great start to making improvements to Darnold’s game.

Kyle Shanahan and John Lynch know that they can’t keep doing this with Jimmy Garapolo. Sure, he was the starting quarterback in their Super Bowl run, but let’s not kid ourselves, he was just along for the ride and doing what Shanahan needed as a baseline.

Going from the second pick to outside the top 10 is no small task. By doing just that, they lose out on all receiving options but still have some solid offensive line options as well as potentially looking at the defensive side with Owusu-Koramoah, Kwity Paye and Jaycee Horn. In terms of compensation, the Jets only get one additional day two selection in 2021 but get another in the top 130, as well as two extra firsts and a second in the future. That would bring their total to seven first round picks, five seconds, four thirds and three fourths over the next three drafts, not including potential compensatory picks down the road. That gives Douglas and Saleh a ridiculous amount of ammunition for not only prospects but to go after any big name they want available on the trade market and barely make a dent.

If you didn’t get it from the last one, building this offensive line is pretty important. A lot of the same stuff that was said about Sewell could be repeated here, especially the versatility. He was the left tackle for Northwestern in 2019 and decided not to play in 2020, but had done more than enough over three seasons to warrant a top 15 selection. He had started in 37 games in his collegiate career, 26 of them at the right tackle position, so we know he can play there right away without having to “learn the position”. Considering how well George Fant played last year and how good of a fit he is in the outside zone scheme, Slater might be best suited for the inside to start his career. He could potentially stick there for good but once Fant is done (potentially after 2021) he should at least attempt to take over the right side. His smooth footwork in his pass sets and in space, plus having the necessary strength to hold his own against bigger linemen will be massive for this offensive line’s future. The only concern would be that his 33 inch arms would force him to the inside, but even if that’s the case, Douglas will still likely get a long term piece to block for Sam Darnold.