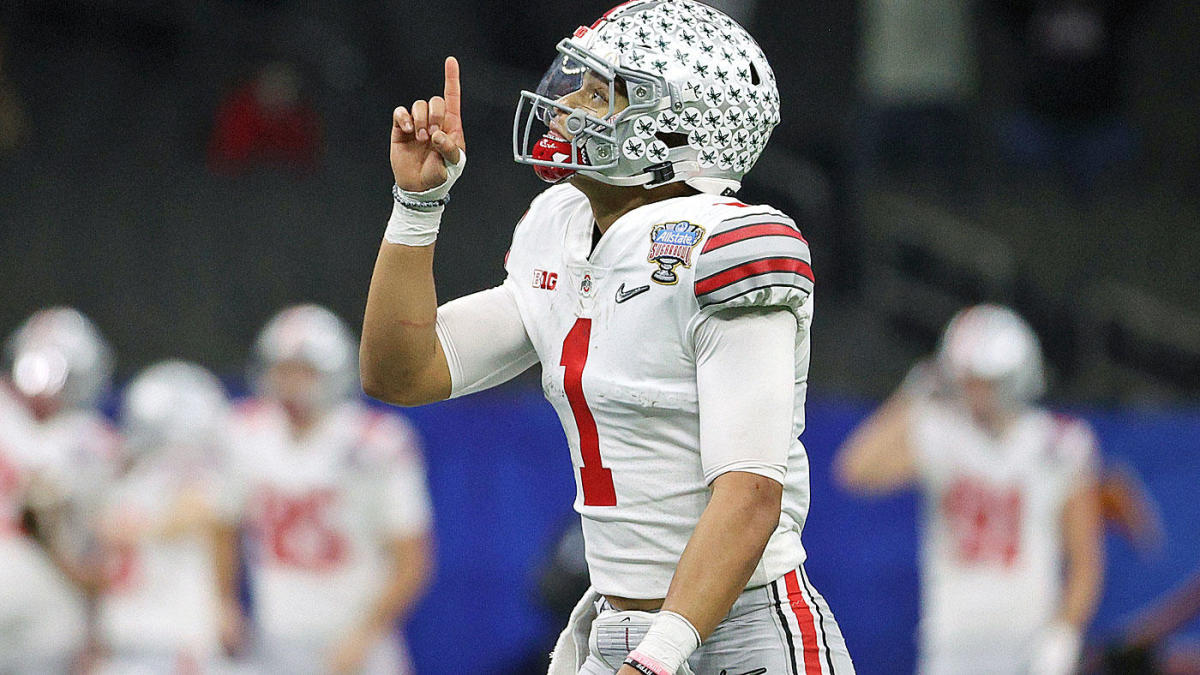 This year, Justin Fields is proving to be a particularly polarising prospect in the NFL draft community. With the heavy debate and comparisons between he, Lawrence and Wilson, what’s being lost in the shuffle, is that Fields is a top 5-10 talent in this class. While he had a poor game or two in 2020, his overall body of work is extremely impressive.

With that in mind, let’s throw all the helmet scouting and pre determined ideas out the window and dive into my scouting report of OSU QB Justin Fields:

Fields’ accuracy on the move is incredibly special. Excels on designed rollouts and bootlegs and is able to make those throws from different arm angles and platforms. My favorite Justin Fields trait.

Arm strength will be above average in the NFL. Ticked all the boxes in regards to opposite hash to sideline throws on outs/corners. No limitations around which plays you can call with Fields under center.

Have some issues with the how long Fields holds the ball for. In 2020, he averaged 3.1 seconds from snap to throw vs the blitz (that’s way too long). Needs to do a better job finding the hot and being decisive. Too many times, Justin would drop his eyes and take an unnecessary sack.

Justin Fields’ deep ball accuracy and touch is second to none. Has a compact windup and the ability to throw the ball effortlessly down the field. Lit up the college finals with a number of these throws.

Likes visual confirmation when throwing over the middle, which can cause Fields to be late. While it’s essential to avoid turnovers, decisiveness between the hash marks and trusting your eyes are key.

Fields is a terrific athlete and his ability to scramble when the play breaks down is a huge plus. In conjunction with this, he’s a weapon in the designed run/RPO game and should be utilized as such at the next level. Think his running ability/style is somewhere between Cam Newton and Jalen Hurts.

Some of Fields subtle movements in the pocket are terrific. He has an uncanny ability to set up a free rusher and “pull the tablecloth” at the last minute and escape. Important in the NFL, as the pockets become increasingly cloudy.

Like the way that Fields uses his eyes to manipulate and move defenders. When he IDs pre snap where to go with the football, he’s incredibly dangerous and creates additional space for the intended target.

Fields had some instances on tapes where he struggled to process triangle concepts (to one side of the field) and high-low reads. Eyes didn’t leave the primary target and had a number of balls that could/should have been picked.

After watching every Justin Fields snap from 2020 and a handful of games from the previous season, this is where I’ve landed on OSU signal caller: He’s QB3, a top 7-8 player on my big board and deserves to be a top 3 pick in the 2021 NFL draft. All three of these statements can be simultaneously true. The tools and athleticism are off the charts for Fields and he’s in the mould of a Josh Allen or Justin Herbert, both of whom excelled in 2020.

The main concerns about Fields’ game are going to be surrounding his ability (or lack thereof) to process concepts and get off his primary read. Let me be very clear… I don’t believe that Fields can’t read a defense or that he will never improve in this area at the next level. Quite simply, he just wasn’t asked to do it very often at OSU, due to the high volume of option routes and the caliber of weapons he had around him. There are some problematic reps on tape and it is rightfully being discussed. But don’t let it overshadow the fact that Justin Fields is a terrific quarterback prospect and has the opportunity to be a star somewhere down the line.