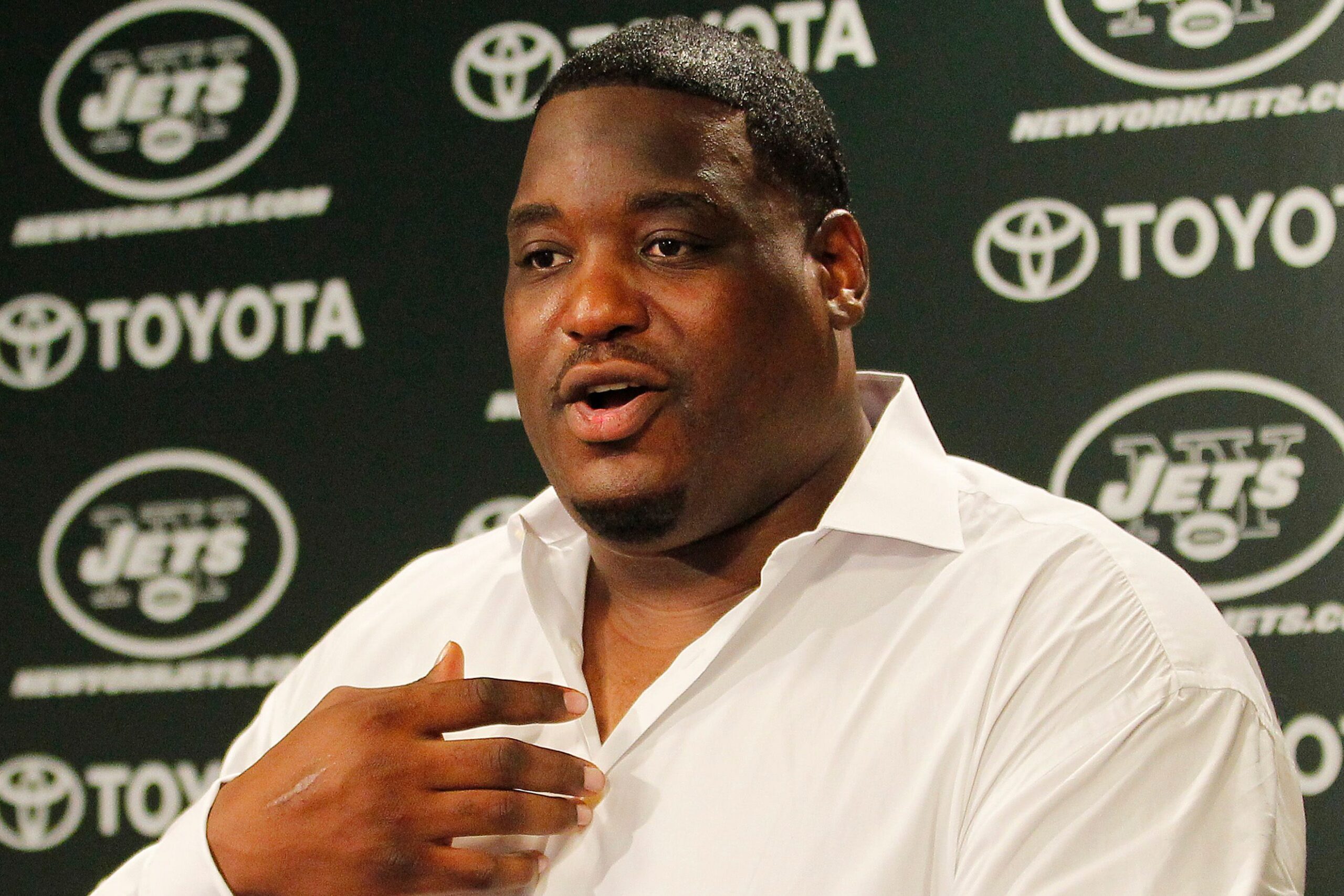 ESPN NFL Analyst, Damien Woody is one of the most colorful and real personalities on television.

He’s not afraid to speak his mind and that was very much the case during his appearance on the Badlands podcast with Joe Caporoso and Connor Rogers this week.

“For me this is the offseason where Joe Douglas has to break open the bank. This is a great time to spend money and get this thing going.”

After releasing Henry Anderson earlier this week, the Jets currently have over $75M in cap space which ranks second in the NFL, only behind the Jacksonville Jaguars, per Over The Cap.

So who should the Jets be willing to break the bank for? Woody explained why New England Patriots guard Joe Thuney would be worth every penny if the team went in that direction when the new league year kicks off on March 17:

“Everyone references the Jets’ offensive line when I was there from 2008-10. The reason we were so good is because the individual parts were really good. You’re only as good as the guy you play next to. I don’t care what player you are, if you have what I call a bump next to you, guess what happens? Your play suffers because the guy next to you can’t hold his own weight. Let’s say you add a Joe Thuney in free agency and plug him in at left guard. Well, guess what’s going to happen? Mekhi Becton is going to play better because now he has one of the top guards in the NFL playing next to him. Connor McGovern is going to play better because he’s lining up next to a seasoned guy that’s played at a high level for a long time. It makes everyone better when you have better players playing next to you.”

Thuney is expected to reach unrestricted free agency in 2021 after playing last season on the franchise tag.

So how much would he cost?

According to the Spotrac Market Value (a projection of what Thuney could make on the open market), he could receive a deal at a $15.3M per year average on a five-year contract for north of $76M. That would make him the highest-paid guard in all of football.

Although Bleacher Report NFL Draft Analyst, Connor Rogers has mentioned previously that he wouldn’t be shocked if Thuney surpasses $16M per year on his next contract.

Is he worth it?

Joe is only 28 years old and during his five-year NFL career has never missed a game. He has played and started in 80 career contests.

General manager Joe Douglas knows the importance of trench warfare. He’s a former offensive lineman and at every possible media opportunity has stressed the significance of that unit.

The Jets were this close last year to making an epic free agency run at Thuney, but the Patriots tagged him before they could get the chance.

Don’t expect them to tag him for a second consecutive season per Mike Reiss who covers the New England Patriots for ESPN:

“This seems highly unlikely, but because Thuney was tagged last year, he at least falls into the category of possibilities this year. It would be a 120% increase from his $14.7 million tag in 2020, and it’s hard to believe the Patriots would want to eat up $17.737 million in cap space with other pressing needs. The sides had all of 2019 and up to July 2020 to reach an extension, and there seemed to be little momentum to do so.”

While at his press conference earlier this week Joe Douglas said he wants to “supplement the roster” via free agency, these kinds of opportunities don’t always come around and this one could prove too tempting to pass up on.