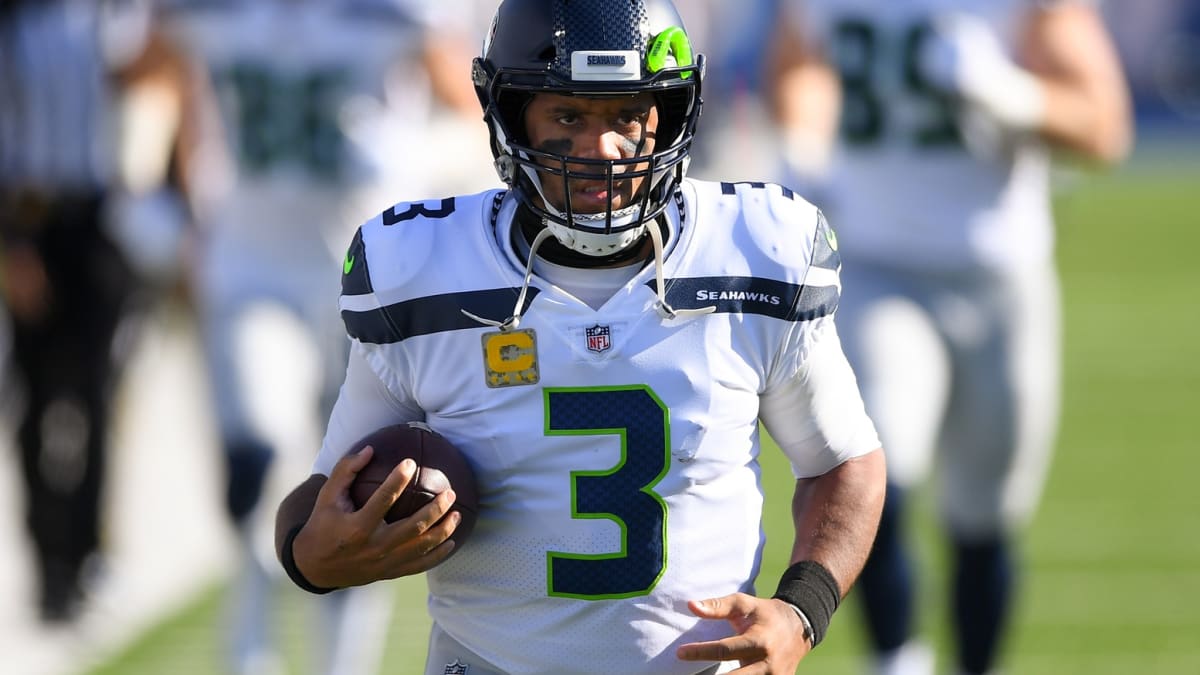 Seattle Seahawks QB Russell Wilson has made it clear that he would be open to a trade if the right opportunity arose, particularly if a deal could be swung with Chicago, New Orleans, Dallas, or Las Vegas.

But while the New York Jets did not appear on Wilson’s reported list of preferred teams, could it still be possible for Gang Green to swoop in and acquire the 7-time pro bowl signal-caller?

Appearing on WFAN’s “Moose & Maggie,” Florio said that the 4 teams Wilson listed are not practical trade partners for Seattle, because Dallas and New Orleans have settled QB situations and both Chicago and Las Vegas lack the draft capital the Seahawks would want in return.

And while Florio did not say the New York Jets are definitely going to get involved in the bidding, he shared his belief that Wilson wearing a green and white uniform next season isn’t as far-fetched as some think.

Florio opined that even though Gang Green isn’t a “win now” team, Wilson wants the opportunity to have the offense run through him and be given the chance to prove he is one of the all-time elite QBs in NFL history.

Furthermore, he reminded Moose and Maggie that in 2019 there were rumors about Wilson wanting to be traded to the Giants, a team that was also not in “win-now” mode at the time.

With this being the case, Florio said he believes that the combination of the New York Jets having the assets to please Seattle and a market that would allow Wilson to prove his greatness on the biggest stage could be a combination that makes a trade for the QB more likely than expected.

During his appearance, Florio also stated that he thinks there is a chance the New York Jets may not trade Sam Darnold until after they draft the former USC star’s replacement.

Florio’s theory is that if Gang Green waits on a Darnold deal, there could be a few teams desperate for a quarterback who are unable to land one during day 1 of the 2021 NFL draft.

In such a scenario, Florio thinks the Jets could take advantage of said desperation by opening the bidding to needy teams on day 2 of the draft after those teams lose the possible leverage of drafting a first round prospect rather than dealing for Darnold.