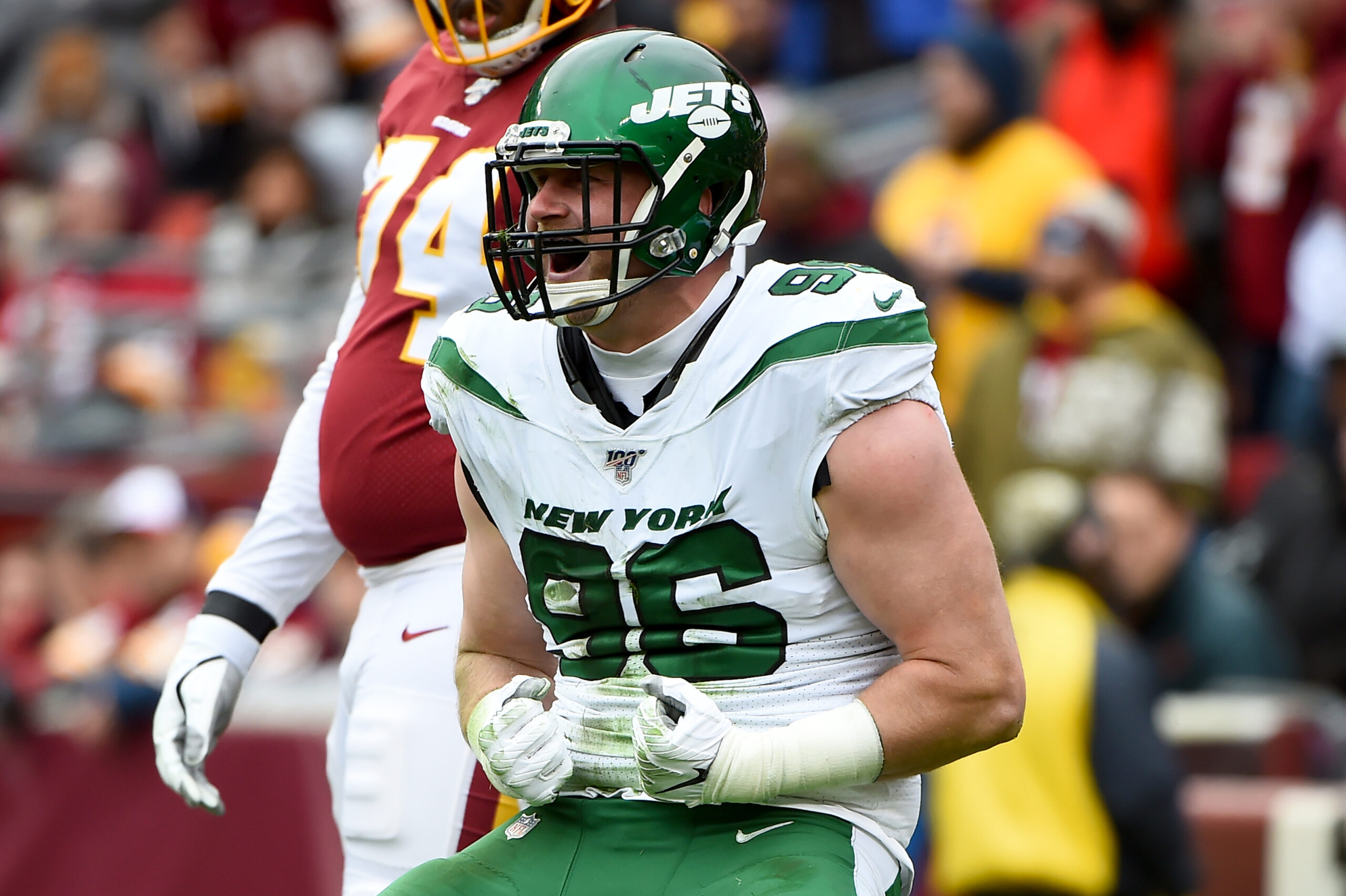 LANDOVER, MD - NOVEMBER 17: Henry Anderson #96 of the New York Jets reacts after a play against the Washington Redskins during the first half at FedExField on November 17, 2019 in Landover, Maryland. (Photo by Will Newton/Getty Images)

The Jets made an expected yet welcomed move tonight, releasing veteran DL Henry Anderson. Cutting the man affectionately known as “Goose”, frees up $8.2 million dollars in cap space and gives the team added flexibility ahead of free agency, starting on March 17. According to ‘Over The Cap’, the Jets currently have $76M to spend this offseason, the second most in the NFL.

Anderson signed an eyebrow raising 3 year/$25M deal in 2019. Unsurprisingly, the journeyman role player was unable to live up to that contract and now finds himself a FA. The Jets have ample young talent on the interior of their defensive line, with Williams, Fatukasi and Shepherd all poised for success in 2021.

In this article:Henry Anderson, Jets