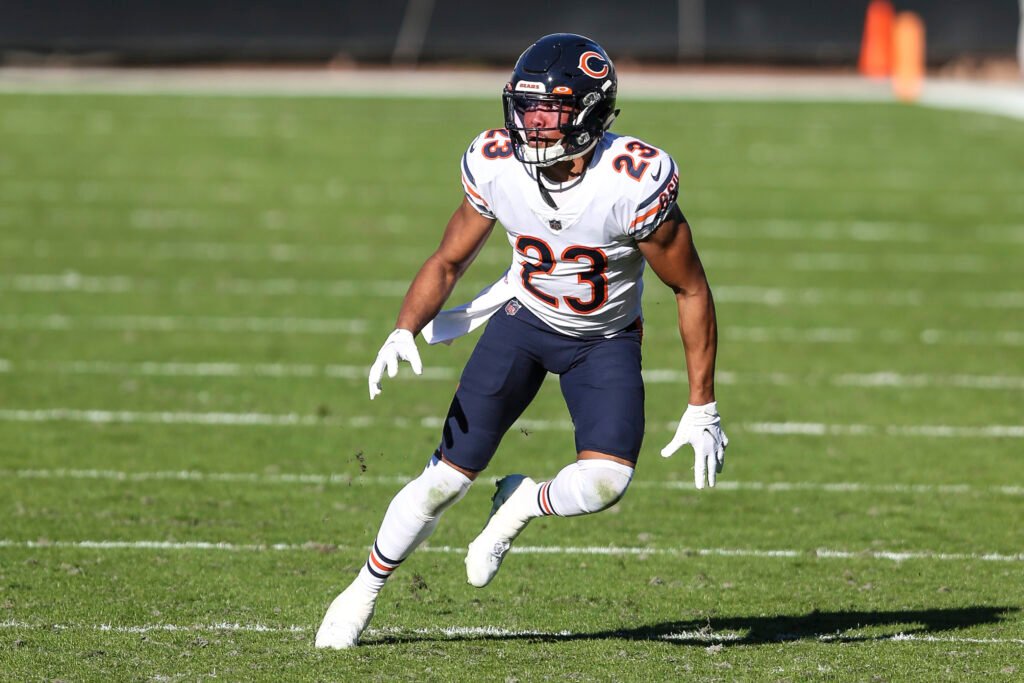 It is no secret that the New York Jets had a lot of needs heading into free agency this offseason.

After all, you don’t become a 2-14 team with a stacked roster.

But while EDGE and WR should be greatly improved, the New York Jets still have gaping holes along their interior offensive line and at cornerback.

And with the revelation that the Jets’ coaching staff likes Connor McGovern’s fit at center and does not wish to move him back to guard where he started his career, that took any available quality centers like Corey Linsley, Rodney Hudson, and David Andrews out of the equation as potential interior offensive line upgrades.

Gang Green will certainly add as much depth as possible at guard – as they did with the signing of Dan “Mr.” Feeney from the Los Angeles Chargers – but it is looking increasingly like the only way for the team to meaningfully upgrade at the position beyond current starters Alex Lewis and Greg Van Roten will be in April’s upcoming NFL draft.

Cornerback, on the other hand, might be a different story.

At first glance, the list of potential upgrades at outside CB in the 2021 free agency class seemed pretty dim, with only Cincinnati’s William Jackson – whom the New York Jets wound up being a finalist for before losing out to Washington – and Seattle’s Shaquill Griffin – who signed with Jacksonville – as top of the market options.

That was until the salary cap intervened.

The Chicago Bears did everything they could to keep star cornerback Kyle Fuller – a 2 time pro bowler – but in the end, they just could not make the numbers work.

Unable to afford his exorbitant 2021 cap hit of $20 million, the monsters of the midway were forced to move on from the 29 year-old former first round pick out of Virginia Tech.

Fuller is likely to be heavily pursued by the Denver Broncos, whose head coach Vic Fangio ran Chicago’s defense during Fuller’s All Pro season in 2018.

As luck would have it, though, Fuller is not the only quality pass defender to suddenly find himself without a team.

After WR JuJu Smith-Schuster – whom the New York Jets apparently were never interested in signing despite reports to the contrary – announced he was going to be staying in Pittsburgh on a one-year $8 million deal, the cap-strapped Steelers had to make a corresponding move to clear cap space.

That move is reportedly the impending trade or release of cornerback Steven Nelson.

Nelson arrived in Pittsburgh in 2019 as a free agent and proceeded to have an elite season, finishing that year as one of the NFL’s best cover corners.

And while his play slipped somewhat in 2020, the 28 year-old Nelson was still both durable and productive, particularly on short and intermediate routes.

Mere days ago, much like at guard, the New York Jets seemed to be in a dire position at cornerback heading into the 2021 draft, with only 2020 5th round pick Bryce Hall – who looked promising in 7 starts after coming off an 8 game stint on IR to begin the season – and depth pieces like Bless Austin and Javelin Guidry remaining on the roster.

Thanks to the releases of both Fuller and Nelson, Gang Green has been handed a golden opportunity on a silver platter.

Despite spending at wide receiver and EDGE, the New York Jets continue to maintain ample cap space with which they could easily be among the top bidders for either of these 2 pass defenders.

It is unquestionably important for a football team to build the bulk of its foundation through the draft, but free agency exists for a reason, and that is to help fill holes.

And at the moment, there may be no greater hole on the New York Jets’ roster than at cornerback.

Gang Green general manager Joe Douglas understands this, as he was reportedly willing to pay big for the aforementioned William Jackson.

The chance to sign Jackson slipped through Douglas’ fingers, but with the unexpected availability of both Fuller and Nelson, the Jets have been offered a chance to atone for missing out on their top CB target.

There’s no doubt Gang Green’s top football decision maker will look to add reinforcements to his pass coverage unit in the draft, but it would behoove him not to put himself in a position where he has to rely entirely on that avenue.

Currently, the Jets have one promising young player and zero reliable long-term starters at the position, putting the team at risk of having a defense prone to surrendering an immense number of points in a league where defending the pass is becoming more important every year.

Signing Fuller or Nelson could go a long way towards mitigating that risk.

So, with the necessary means at his disposal, Joe Douglas would be wise to do what he must to make that happen.