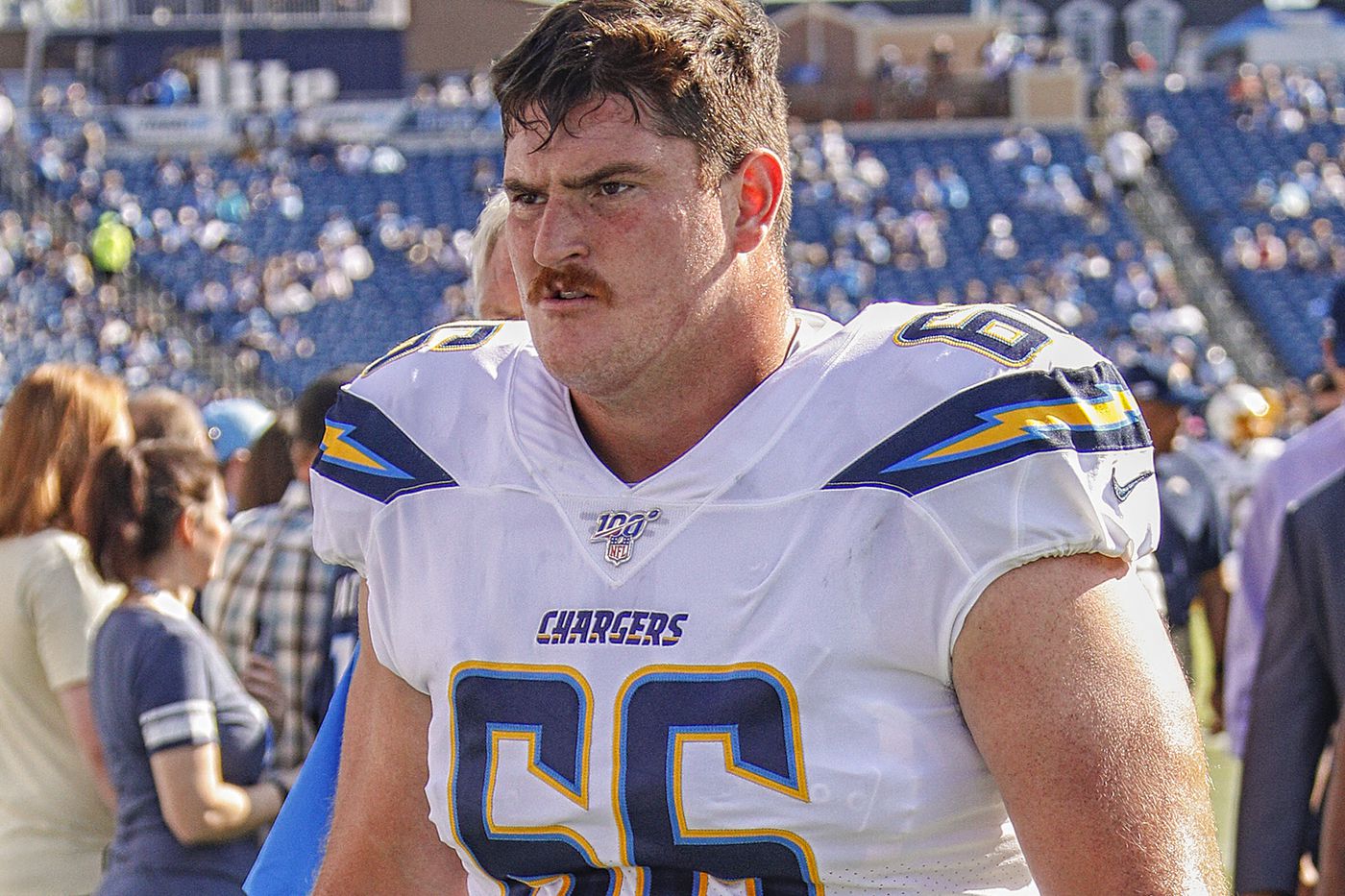 According to ESPN’s Adam Caplan, Joe Douglas and the New York Jets have addressed the offensive line and signed former Chargers lineman, Dan Feeney. As you can see above, in addition to having an elite mustache, Feeney has started 57 games over his four seasons in Los Angeles after being selected in the third round back in 2017.

Entering the 2021 offseason, there was no bigger need on the Jets roster than the interior offensive line. They missed out on the likes of Joe Thuney and Corey Linsley in free agency, then again with Rodney Hudson and Gabe Jackson via the trade market. The bigger names may not be out there anymore but they can still target players for depth.

The reviews on the Indiana product have not been great since the report dropped earlier this evening but there are some positives that come out of it. First off, he is available to play week in and week out. Even if he isn’t a starter, he should always be active and ready to go when called upon.

Second, Feeney brings versatility to the line as he has shown the ability to play both guard and the center position. The biggest concern will be how he has performed in pass protection in the past, ending near the bottom of the league in pressures allowed all three full years of starting.

Third, if nothing else, the veteran offensive lineman gives us all a golden opportunity to re-live our love for Boy Meets World and make Mr. Feeny references.

With Greg Van Roten and Alex Lewis still under contract, there is no clue as to who the new staff views as the starters at this moment but this does give them another option and by no means is Douglas done adding to the unit. While Feeney may not have been a great player in Los Angeles, don’t write him off just yet, just look at George Fant.