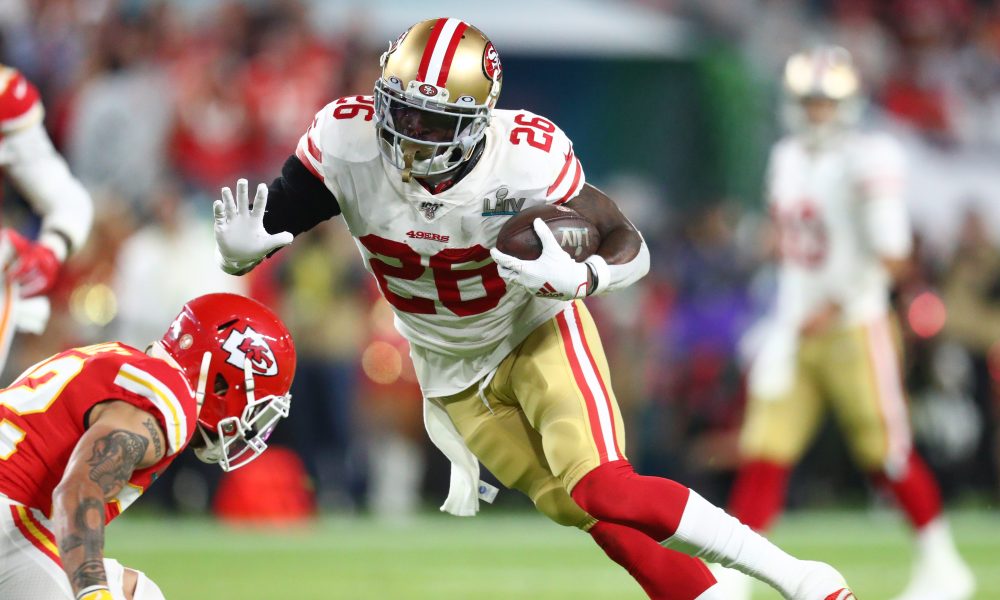 In 2019, Adam Gase wanted the New York Jets to sign Tevin Coleman at running back instead of Le’Veon Bell.

Now, 2 years later, the team’s former coach finally gets his wish, even if he is no longer around to enjoy it, as the former Indiana Hoosier has signed a one-year deal with Gang Green.

Coleman spent his first four seasons in Atlanta before joining San Francisco in 2019.

A 3rd round pick in the 2015 NFL draft, the running back has been a dual threat his entire career, averaging 4.2 yards per carry and 10.5 yards per reception over the course of six seasons with his his biggest highlight coming in the form of a six-yard touchdown catch during Superbowl LI for the Falcons against the Patriots.

While a sprained knee kept the 27 year-old out for most of the 2020 season, Coleman was productive in 2019, his only healthy season in San Francisco, picking up 724 all purpose yards and 7 touchdowns during the regular season as well as an additional 157 yards and 5 touchdowns during 3 postseason games.

The move gives the New York Jets a much needed veteran presence at the running back position and a player familiar with playing style Gang Green’s offensive coordinator Mike LaFluer plans to run in 2021, as Coleman follows the 49ers former passing game coordinator to the Big Apple from San Francisco, where the pair worked together for 2 seasons.