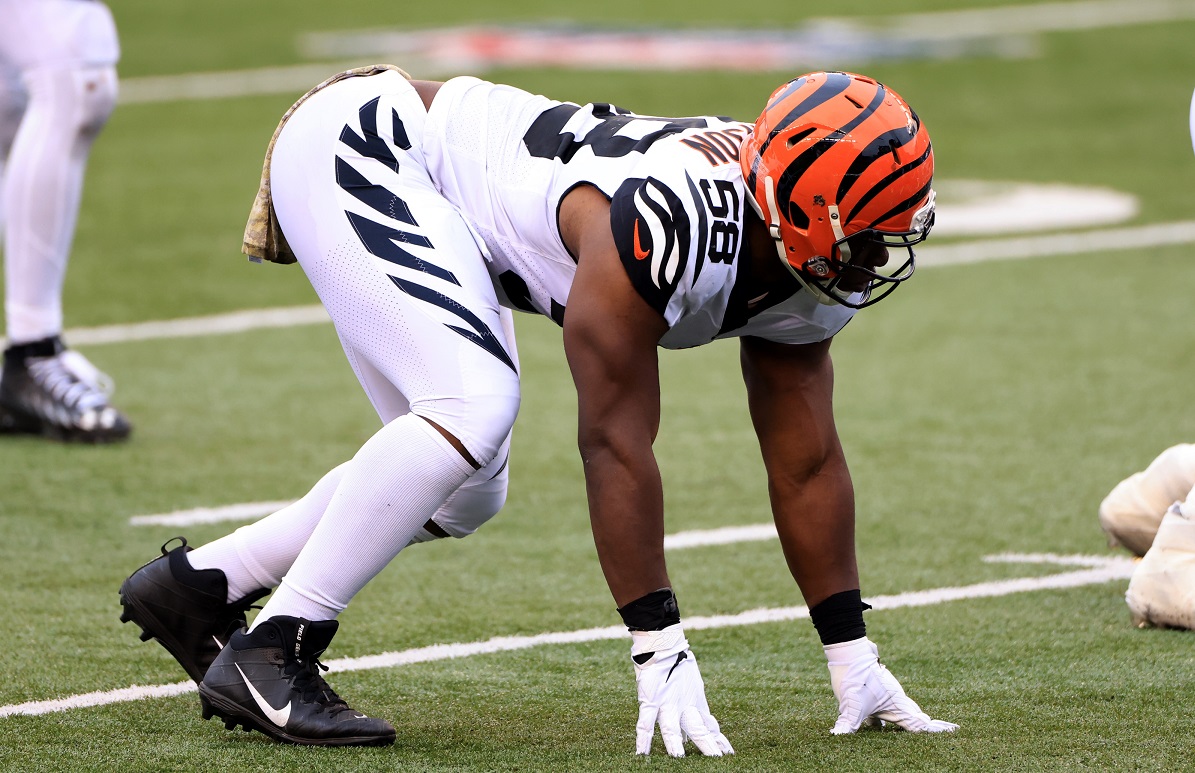 CINCINNATI, OHIO - NOVEMBER 29: Carl Lawson #58 of the Cincinnati Bengals in action in the game against the New York Giants at Paul Brown Stadium on November 29, 2020 in Cincinnati, Ohio. (Photo by Justin Casterline/Getty Images)

According to NFL Network’s Ian Rapoport, the New York Jets have agreed to terms with free agent DE Carl Lawson. The former Bengal is set to ink a 3 year deal, valued at $45M ($30M guaranteed).

Lawson is coming off a career year in Cincinnati, despite compiling only 5.5 sacks (you can throw that ridiculous stat out the window). According to PFF.com, in 2020 Lawson was 4th among all EDGE rushers in total pressures (64). He will be 26 years old when Week 1 rolls around and entering the prime of his career.

Carl Lawson joins an already elite interior DL group of Quinnen Williams, JFM and Foley Fatukasi. He is the missing link on the edge of the defense, a hole that has plagued the Jets for over a decade. The Lawson signing will allow Robert Saleh to run his style of defense, which will involve a ton of 4 man rushes and 7 men in coverage.

At 15M/year, the Lawson deal is once again excellent value for the Jets. Douglas secured the former Bengal for less money than Bud Dupree (coming off an injury) and Leonard Floyd. After acquiring Lawson and both Corey and Jarrad Davis, Gang Green still have approximately $40M in cap space for 2021.