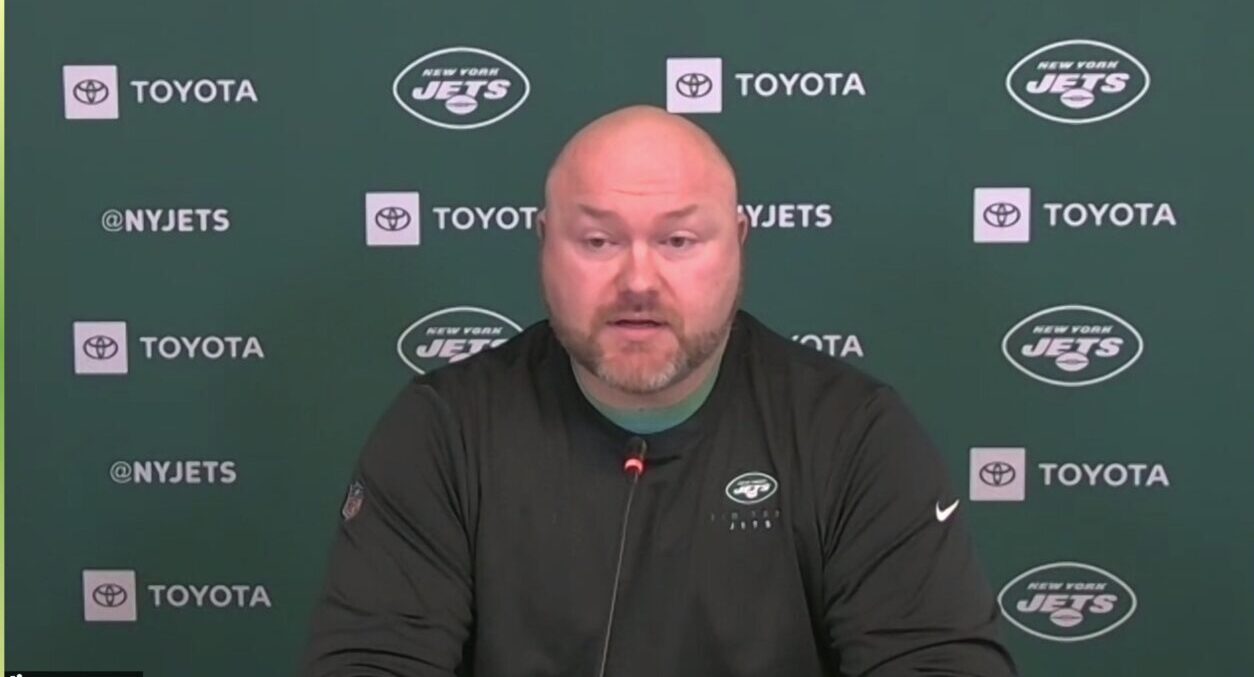 Due to the COVID-19 pandemic, the NFL Combine this year was non-existent, but Saleh and Douglas still fulfilled their media obligations, albeit virtually.

It’s interesting timing because while a lot has changed in a month and a half, there are still many modifications to come for this Jets’ roster.

Last year the New York Jets handed out a litany of small insignificant one-year deals for chump change. The team won’t be frugal this year, but they will be selective.

You don’t have to go back very far to see all the horrible free agency splurge decisions of the past: Trumaine Johnson, Le’Veon Bell, and even CJ Mosley who I like a lot, but still hasn’t proven anything yet). Those three combined to make over $100M at signing.

Don’t expect the Jets to go crazy, but they will do their share in free agency. The team will target the offensive line and edge rusher aggressively this offseason.

Right now the Jets have over $75M in cap space after releasing veteran defensive lineman Henry Anderson earlier this week and they could create even more with some more roster finagling leading up to the start of the new league year.

Well obviously his agent disagrees after a recent outburst on social media.

Let’s read the tea leaves here for a moment. Joe Douglas likely brought up the franchise tag during those “productive” conversations with Maye’s representation and that likely caused some friction.

Maye wants to get paid and his agent wants his cut, but the Jets are a bit hesitant to pull the trigger on a long term deal for a few different reasons:

The franchise tag kicks the can down the road and allows the Jets to reevaluate things next offseason. Joe Douglas has Robby Anderson on his mind and doesn’t want to see another good player walk out the door and have success elsewhere.

This is great news for the Jets on multiple levels.

It provides the team flexibility and time. Now Joe Douglas and his staff can watch every Pro Day, conduct zoom interviews, and fully analyze the quarterback market before he makes a decision.

This is also puts the Jets in the best situation IF Deshaun Watson becomes available. Right now he isn’t.

That will force other teams in the sweepstakes to make their own decisions, limiting the potential market for Watson. The Jets can wait until that pressure cooker moment (draft time) when the Texans will be forced to make a choice. Hold strong or maximize Deshaun’s value by trading him ahead of the NFL Draft.

The No. 2 pick and the benefit of time are the two biggest reasons why the New York Jets are in a great position for a potential blockbuster deal.

1. “If calls are made, I will answer them” – Joe Douglas on listening to trade offers for Sam Darnold.

This is by far the most significant thing general manager Joe Douglas said during his presser.

It’s a far cry from Douglas referencing Darnold and “untouchable” player in the same sentence back in 2019.

While the statement isn’t overly surprising on the surface, it carries a little bit more weight coming from the head honcho.

All of the Sam Darnold truthers in our audience took a punch to the gut on Wednesday afternoon.

When you make those vague comments about his future, it states the obvious, the Jets will have a new starting quarterback in 2021.