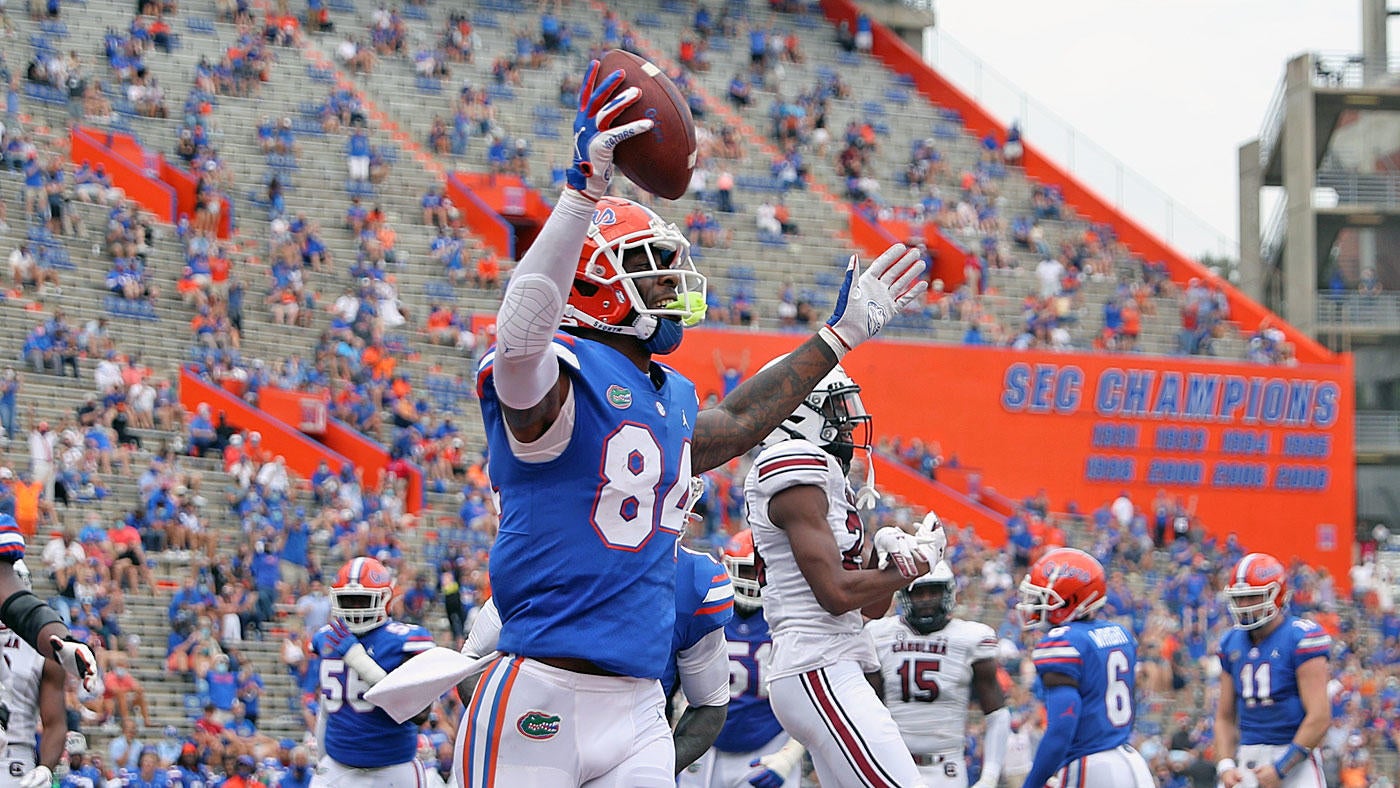 Picking a tight end at #2 overall would be absolutely insane, right? Not according to nationally syndicated radio host and FS1 TV star Colin Cowherd.

Cowherd strongly believes the Jets should consider selecting Florida tight end Kyle Pitts at #2 overall and his rationale is simple: He has spoken to several scouts who claim Pitts is the only guaranteed star in the draft outside of Trevor Lawrence and that tight end could walk into numerous teams in the NFL and be their top receiving threat day 1.

Opining on the subject on FS1 and his national radio show, the broadcaster said that only a fear of being mocked for being different would stop a team from drafting Pitts so high and that the situation closely mirrors that of Notre Dame guard Quentin Nelson in 2018, who was selected #6 overall by the Indianapolis Colts despite not playing a premium position.

Per Cowherd, sometime after Colts GM Chris Ballard made the move, he explained his actions by proclaiming that taking the guard was the only decision that made sense because Nelson was the only player in the draft he could see someday making the Hall of Fame, something the longtime television and radio host believes also applies to Pitts, who he compared to All Pro Kansas City Chiefs tight end Travis Kelce.

While the idea may sound like typical shock jock chatter, it cannot be dismissed outright simply because others have suggested the Jets are extremely high on Pitts and could target him in the top 5 if they decide to stick with Sam Darnold at QB.

In his latest mock draft, ESPN draft analyst Mel Kiper had the Jets selecting the Florida tight end after trading down from #2 to #4 with the Atlanta Falcons.

“So the Jets move down, add priority picks and end up with one of the best players in this class. I still believe they’re better off giving Sam Darnold another year and improving the talent around their quarterback. The 23-year-old is too talented to give up on. Darnold has never had a pass-catcher like Pitts, either. The 6-foot-6 Pitts can line out wide and in the slot, and I’d target him like a No. 1 wide receiver. As I mentioned on the First Draft podcast, he is going to end up as my highest-graded tight end ever. He’s also extremely young — he was born in 2000 and will be 20 when he plays in Week 1. By the way, since the common draft era began in 1967, there has never been a tight end go this high. Pitts could be the first.“

Kiper is not the only well-known NFL draft analyst to link Pitts to the Jets, either. Walterfootball.com’s Charlie Campbell currently has BYU QB Zach Wilson as the Jets’ pick at #2 in his updated mock draft, but last week he had Pitts slotted there, explaining that insiders are split on whether Gang Green will stick with Sam Darnold and try to surround him with weapons. If the Jets go the latter route, there is a belief that Pitts could very well be the choice at #2, because he is viewed by many as a matchup nightmare and quite possibly the top playmaking option in the draft.