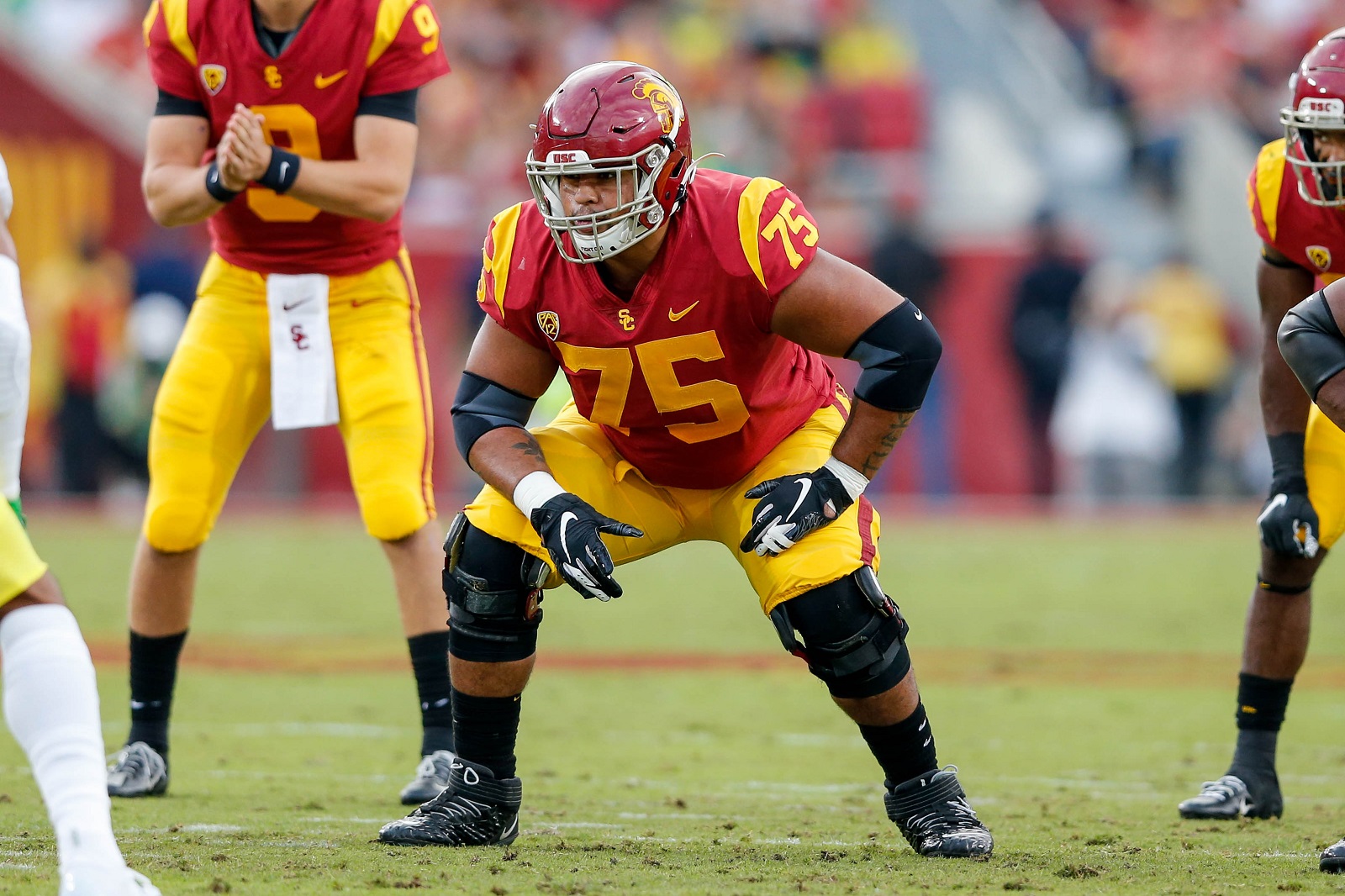 With the first pick of the Zach Wilson era, Jets’ GM Joe Douglas made a strong statement to his rookie QB, fan base and the entire organization: This rebuild is going to be very different.

Douglas executed a bold trade on Thursday night, moving up nine picks to #14 overall, to select offensive lineman Alijah Vera-Tucker. The Jets parted with a pair of 3rd round picks in the deal, leaving them with the one Day 2 selection (#34). The former Trojan played LT last year, after excelling at guard the season prior. According to @ESPNStatsInfo, Vera-Tucker allowed just one pressure in ‘19 on an incredible 561 blocking snaps. AVT will start at LG for Gang Green and immediately form a formidable combination with rookie sensation Mekhi Becton.

In his press conference following Day 1 of the draft, Douglas told the media that Vera-Tucker was a top 10 player on the Jets board. “Sitting at 23, we felt we had a unique opportunity to get really a top 10 player, in our minds, as our board was stacked.” Despite the fact that the OL class was beginning to slip down, Douglas made the decision to jump Las Vegas, Washington and a host of other OL-needy teams and draft Vera-Tucker. It speaks volumes about how Douglas viewed him as a prospect and the impact he can have on the development of Zach Wilson.

The Jets now turn their attention to pick #34, where they have a handful of options. They could take Teven Jenkins and further solidify the OL (my top choice), draft a talented defensive player like JOK/Samuel or trade back and re-coup draft capital. Whichever direction Douglas chooses, he’s set a terrific foundation on Day 1 of the 2021 NFL Draft.