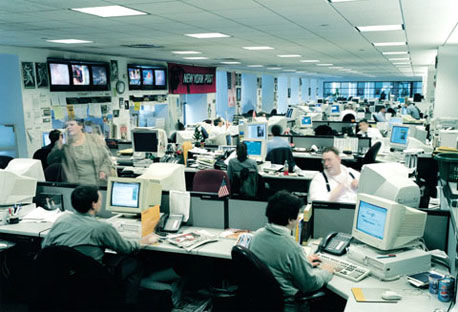 The media ‘hates’ the Jets…is a tired refrain.

To twice paraphrase the Godfather: 1) It’s business, not personal; 2) You can act like a man.

I’ve seen this fan-media-team troublesome triangle up-close and from several vantage points, so I’ll do my darndest to chop it up for you.

For the sanity of fatigued fans, the media’s incessant, stale waft of defeatism can be especially grating if you let it.

Many fans are frustrated because they’re looking for love in all the wrong places. Daydream fuel is not a media specialty. And let’s be real — many journos are frustrated because their lot in life is chronicling the relatively charmed lives of younger, richer, and more gifted specimens. Look, you might devolve into a curmudgeon, too, if you dwelled on not being the star of your life’s show.

So what is the recourse for someone who wants to stay close to the stage? Become a critic? Maybe try to derive status from playing hard to get? Such maneuvers are called demonstrations of higher value. And they impact all sorts of interpersonal power dynamics, even if such smugness is an uncool charade.

Media rooms and press boxes often have that unmistakable faculty lounge vibe — polar opposite of the revellers surrounding them in the stands. But we’re not their most immediate audience. From a peer-to-peer social standpoint, reporters can rarely go wrong by erring on the side of snark and suspicion. Further, you’ll quickly become an outcast if your pessimistic peers determine that your press pass might as well read ‘Mr. Brightside.’

Sadly, it’s a much safer hedge to err on the side of ‘chalk’, conventional wisdom, and an existing trajectory, especially of the downcast variety. There’s not much of an incentive for a reporter to go against the grain (in a positive direction) unless they subscribe to the ‘hot take guy’ business model. Such contrarians are another bothersome breed for another day.

How jaded journalists conduct themselves says as much about them as our snakebit squad and us, their fatigued fans. Sure, it’s a needlessly negative genre of groupthink and not exactly how you’d draw up a recipe for a happy existence. But — real talk — the only thing sadder is grown-ass men permitting some ass-clown the power to make them sad.

It doesn’t take a journalism degree to know that the media’s best days are behind them, while ours can’t help but remain ahead.

In this article:Media, New York Jets