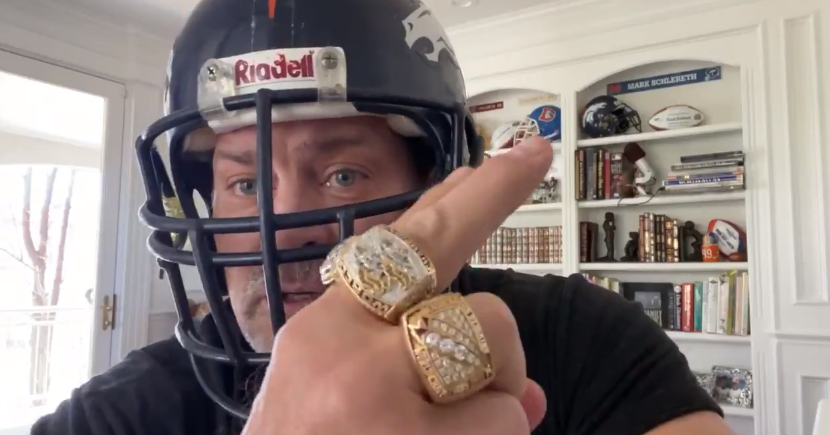 Pro sports is where grown-ups go to act like little kids.

This means deliberately getting a rise out of your audience because it’s good for business.

Whether Roddy Piper, Skip Bayless, Howard Stern, or Lenny Bruce, this business model has been around for such a long time because it works.

Mark “Stink” Schlereth wasn’t being a big meanie, nor did he commit anything close to a gaffe.

His was a well-executed troll job that sprouted legs because fans put their own feelz on blast.

Not the best look, if I’m being honest.

In more ways than one, the joke’s on us, Jets fans.

In my humble estimation, the only thing worse than being overly sensitive is not being in on the joke.

Luckily for you, my trusty secret decoder ring is every bit as impressive as Schlereth’s bling.

Fittingly, he did so on Pat McAfee’s show.

Anyone who saw McAfee’s masterpiece at the podium of the 2019 NFL Draft in Nashville knew he was destined to get a WWE contract.

Trust me — it’s the best film you’ll watch all Spring.

A couple weeks ago, I penned a related post about how the media doesn’t actually ‘hate’ the Jets.

Frankly, it was a tad embarrassing to even have to explain.

Anyhow, hopefully you now accept that not everyone loathes us.

Whew. What a relief.

I don’t know how I’d be able to go on with life if a condescending, curmudgeonly columnist didn’t care for my favorite football team.

So lighten up. Smarten up.

And if reading any of this upset you, well, you fell for it again.