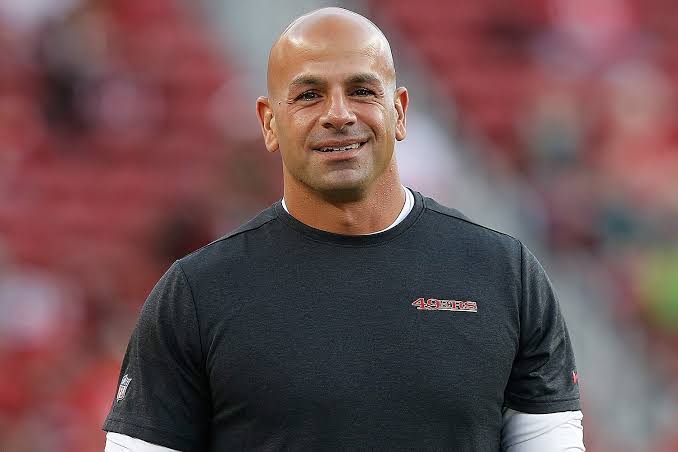 Throughout the early stages of the offseason, Robert Saleh has remained consistent in his praise of Zach Wilson. The Jets’ HC has been complimentary of his rookie quarterback, without heaping too much pressure onto Wilson’s shoulders. A very buttoned up approach from the usually exuberant Saleh.

That changed yesterday, when Saleh sat down with good friends Sean McVay, Peter Schrager and Matt LaFleur, on the ‘Flying Coach’ podcast. The first time Head Coach was quizzed on their decision to select Wilson with the #2 overall pick and made one thing crystal clear: The Jets viewed Zach Wilson and Trevor Lawrence in a class of their own. “Just going through the entire process, evaluating the quarterbacks it was clear to us that there were two young men head and shoulders above everybody…”, Saleh said of the Jets, newest signal caller.

It was a powerful statement from Saleh and echoed the beliefs of many decision makers in the NFL. A prime example is the Philadelphia Eagles, who were rumored to be in the quarterback market, until it became apparent that Wilson would be the pick at #2. Consequently, they traded back and kicked the proverbial can down the road.

In this writer’s eyes, Zach Wilson was the clear QB2 on tape. His rare combination of playmaking outside of structure, while avoiding turnover-worthy plays, separated him Fields, Lance and Jones. It seems the Jets’ brass agreed.

While the success of every young quarterback is tied to the coaching staff and offensive infrastructure surrounding them, the Jets feel great about Zach Wilson. As they should. He and Trevor Lawrence were indeed “head and shoulders” above the rest.