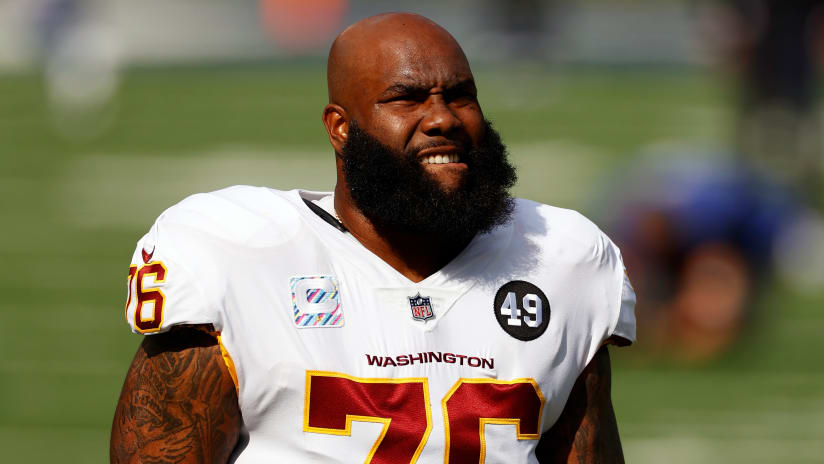 A couple of weeks after the reported interest between the two sides, the Washington Post’s Sam Fortier reported that Morgan Moses and the New York Jets have officially agreed to a one year deal late Friday afternoon.

While the reports a couple weeks ago mentioned that they were looking to come to an agreement on a multi-year deal, one year should do just fine, especially at the price.

He signed the one year contract for a 3.6 million dollar base that could potentially turn to 5.3 million, if he plays 80% of the snaps.

Considering the former Washington tackle started 96 of the last 96 games, he should very likely reach that mark.

Either way, it is worth noting that WR Jamison Crowder’s recently reported $5 million pay cut wound up essentially paying for the Jets to make this upgrade at Right Tackle.

There were some that brought up the possibility of Moses being the one that gets kicked inside but he will undoubtedly be the right tackle moving forward. Getting a good, reliable starter like Morgan Moses this late into the off-season does not happen very often.

So to be able to add him in an off-season that already included the additions of Zach Wilson, Michael Carter, Tevin Coleman, Corey Davis, Elijah Moore and Keelan Cole, the offense is what some may call revamped.

Zach Wilson joins the team as a rookie in a very solid spot after this addition, barring injury, of course.

The receiving group is the best it’s looked since 2015.

The running game could be a question mark, but San Francisco made a living off having an above-quality rushing attack without household names.

And of course the offensive line should be taking a big step forward with the additions of AVT and Moses.

The next question is, who will be lining up next to the newest addition in Charlotte?

George Fant, Greg Van Roten, Alex Lewis, Cam Clark and Dan Feeney are the names to look at as the starting right guard.

The latter two likely are not in the running and Alex Lewis could officially be on watch as the next pay cut/release candidate, saving the team another few million dollars.

That would leave Fant and Van Roten. Neither of which are great in terms of run blocking, which won’t help either case.

So with these options, the best course of action could just be to have Van Roten stay as the right guard and keep Fant on board as the swing tackle.

This answer likely will not get answered until the players hit the field in pads next month.

Nevertheless, this is a very exciting addition to the most exciting Jets team in over a decade.