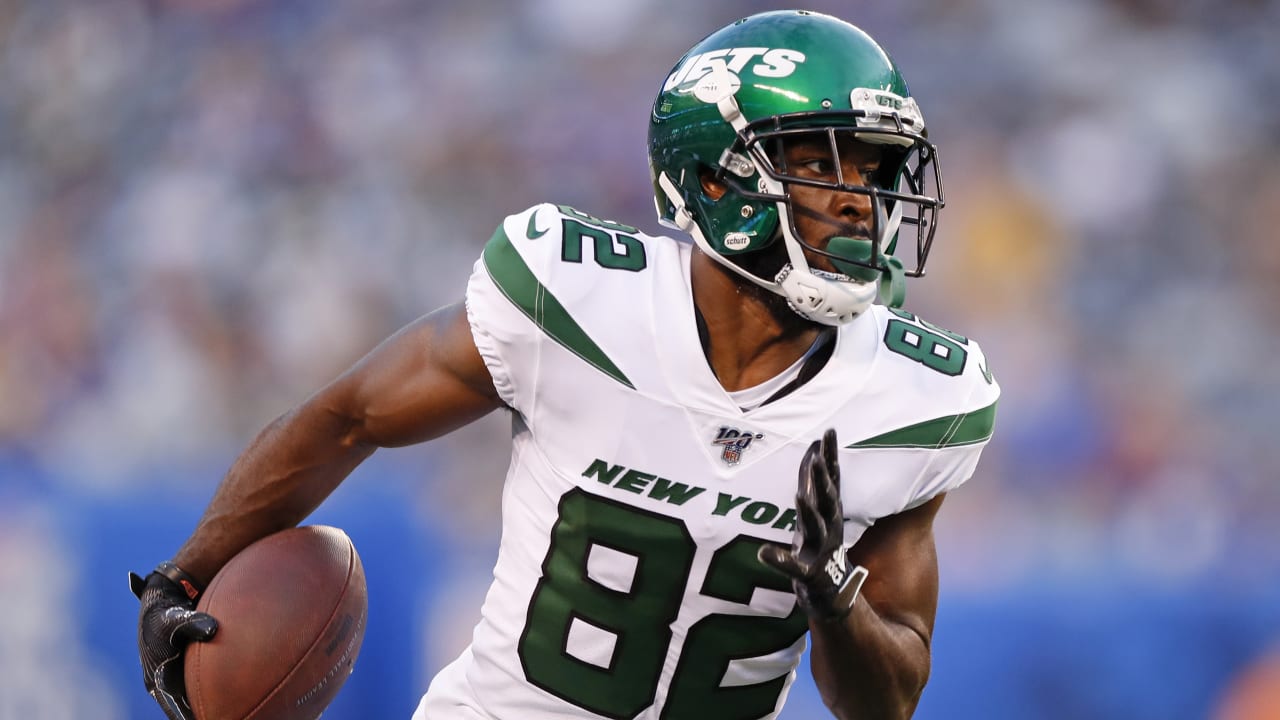 It was reported today that Jamison Crowder is currently sitting out OTAs due to a contract matter, per Rich Cimini of ESPN. Crowder, the Jets leading receiver the last two years, has been a productive slot receiver in his first two seasons on the team.

While Crowder is a dependable slot receiver who is exceptional at finding holes in coverage, he will count $11,352,932 against the cap this season, a large amount for a player who did not break 700 yards receiving last year (profootballreference.com), with a dead cap hit of $1M per Spotrac. When asked about the dispute after today’s OTA, this is what head coach Robert Saleh had to say about the matter:

“”So Jamison, obviously, he’s working through some stuff with (his) contract with (general manager) Joe (Douglas) and his staff and (his) agent and all that stuff…. so really confident to get Jamison here quickly, and when we do, he definitely has a role for this team.”

While the sentiment from Saleh is positive, the final decision will be Joe Douglas’, who might not mind having Crowder’s cap hit off the books for the upcoming year while receiving draft capital in return. What teams might be interested in a trade for Crowder is yet to be determined, but I would not anticipate an older slot receiver with a large contract being traded for a high draft pick.

Another factor in the contract negotiations is the Jets 2nd round pick from this year’s draft, Elijah Moore. Moore has gotten off to a good start in the voluntary portion of OTAs, showing early signs of chemistry with fellow rookie Zach Wilson, as well as the explosiveness, speed, hands and route running that made him the dynamic offensive weapon he was along the course of his career at Ole Miss.

It can be assumed that the plan with drafting Moore was for him to be the eventual starting slot receiver for the Jets, taking the place of Crowder. If the Jets front office and Crowder cannot come to an agreement, it is likely the Jets will look to trade Crowder to the highest bidder prior to the start of the season, which would thrust Moore into the starting role.

If the team cannot find a trade partner before the season starts, another possibility would be seeking to trade him to a team plagued by injuries prior to the trade deadline, in order to get some draft capital and transition Moore into being a full-time starter.

Obviously, another option is that Crowder agrees to a reworking of his deal and is the Jets starting slot receiver in 2021. This would not be a bad thing, because the Jets can use all the offensive talent possible to help their rookie QB, and Crowder is a good player.