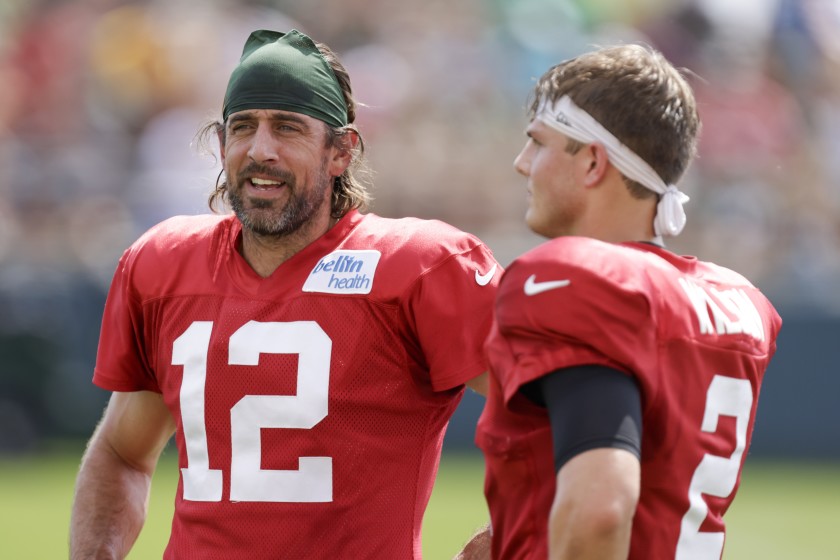 If you are a Jets fan, then you are likely still recovering emotionally from the loss of the stand-out of training camp and 2021 biggest ticket free agent, defensive end Carl Lawson. That being said, the most important part of the 2021 season is the development of Zach Wilson. AVT and Elijah Moore will not play in the upcoming preseason game, but there are plenty of reasons to watch this one to see how Wilson looks as well as the many young players competing for a roster spot. Let’s take a look at some important facts and figures.

The Packers are a much better football team than the Giants, from top to bottom. That being said, the Jets starters will be playing against mostly second and third stringers this game for the reps they do play, so they should at the very least look competitive.

Zach Wilson should get some more opportunities to throw this game as they look to ramp up his reps. Hopefully we can see an example of the beautiful deep ball that he threw so often during his time at BYU.

Mekhi Becton has gotten a lot of flack this off-season, but since being drafted he has yet to have a truly bad game. More often than not his athleticism and physicality overwhelms the defender who crosses his path. We will see how he looks in real game action after losing out to Preston and Zadarius Smith fairly often during the joint practices, but I give the 22 year old behemoth the benefit of the doubt.

The Jets defense looked just fine without Carl Lawson last week against an abysmal Giants OL but he is without a doubt a huge and brutal loss for the team. It will be interesting to see how they move personnel around to compensate.

Brandin Echols played a lot last week, and looked solid on the outside albeit against bad players. Of all the corners on the roster, I would like to see him get the starting job over Blessuan Austin. He is a smaller player at 5’10 180 lbs, but Echols’ age, fighting spirit and athleticism are far more intriguing than seeing Blessuan Austin get cooked like the turkey in a Christmas Story week after week.

Prior to training camp, I would have thought the top 3 RB would be Michael Carter, Tevin Coleman and Ty Johnson, in that order. I was (and am still) higher than most on Josh Adams, who I thought would play the role of the bigger back in the RBBC. I was VERY low on La’Mical Perine, who I felt had no juice compared to the other backs. So far in training camp and preseason, Perine has made me eat my words. The big back is an important aspect of any running game, in particular a league where linebackers are getting smaller and faster each year. Perine could fulfill the role of the bigger back and play a much larger role than anyone may have anticipated this year. I am hoping to see him have another good game this weekend after scoring a TD against the Giants last week.