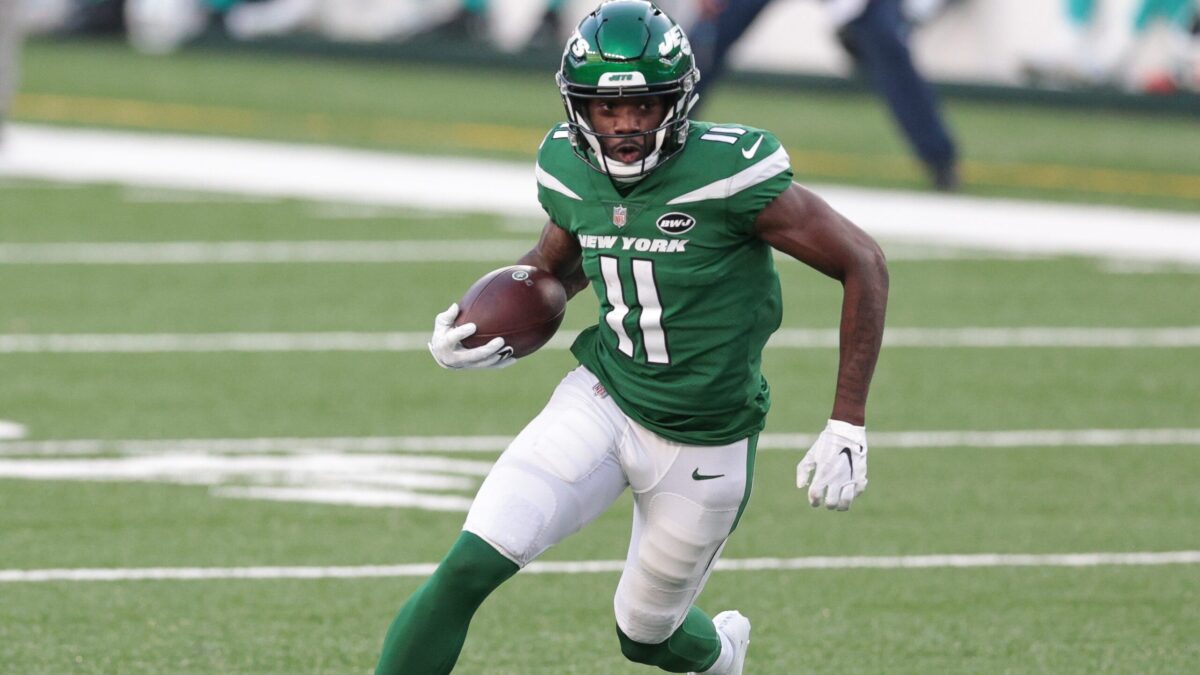 1. Can Zach Wilson continue to show poise and command of the offense?

In his pro debut, Wilson displayed many of the things you would hope for a rookie first-round pick to show. Wilson looked comfortable and in command, converting two clutch third downs. He finished the game 6 of 9 for 63 yards and was Pro Football Focus’ highest-graded rookie signal-caller in week one of the preseason. The former BYU Cougar did not show any signs of things being too big for him. He led the Jets to a field goal on their first possession and was moving the ball again before his second drive was cut short by an offensive pass interference penalty.

What was absent from Wilson’s debut was the off-platform stuff he made famous in Provo a season ago. The plan in week one seemed for Wilson to just be in the pocket and build a level of comfort. Robert Saleh and his coaching staff seem to have a development plan in place for the young quarterback and it should be fun to watch him grow from week to week.

2. Will Denzel Mims get playing time with the first team?

The second-year receiver from Baylor has struggled with different things this offseason. Mims got food poisoning in the spring that caused him to lose 20 pounds. While he has put about 10 pounds back on, he is still not at the weight he played at as a rookie. Since returning he has been practicing with the second and third teams, amid speculation that he is not a fit for this offense, not ideal for a recent second-round pick. Mims must have heard his detractors. He played angrily against the Giants hauling in three passes for 51 yards, including a 20-yard reception where he broke several tackles.

“He has had such a good week, week and a half of training camp and leading up to this game. It paid off for him. His size, his length, his speed, his power, all of it was showcased in a couple of catches that he had. Obviously the third down, but a couple of plays before that he lowered his shoulder on a corner and was able to pick up a few extra yards.”

After a promising rookie season that started late due to injuries, most expect Mims to take a big step in his second season. Let’s hope the former Baylor Bear can build upon his performance against the New Giants. While all of his catches came in the second half, Mims may have earned the trust of the coaching staff and will hopefully get some run with the first unit and Wilson.

3. Just how good can the Jets defensive line be?

The Jets defensive line dominated the Giants. They recorded 10 quarterback hits and five sacks. Second-year defensive end Bryce Huff, lead the way with two sacks. This week Quinnen Williams returns from injury adding to what appears to be one of the deepest units in the league. If this defensive front can harass quarterbacks like this on a consistent basis, it could go a long way to help the young, inexperienced secondary as they develop on the job.

4. Who is going to be kicking the ball?

It seems to have become a yearly question at One Jets Drive in recent years. In the past few weeks, the Jets have cut the two kickers they entered camp with. After cutting undrafted rookie Chris Naggar this week, Gang Green has just one kicker on the roster as of this writing, recently signed Matt Ammendola. Ammendola was successful in his lone extra-point attempt against the Giants. It would seem unlikely that the Jets would roll into the season without bringing in some competition for Ammendola.

Veterans Dan Bailey and Stephen Gostkowski are available right now but both are past their prime. There is a certain podcast host that is hoping the Tampa Bay Buccaneers release rookie kicker Jose Borregales and keep veteran Ryan Succop. Either way, it is mind-boggling that the Jets still need a kicker.

5. Who will emerge as the lead running back?

The trio of Ty Johnson, La’Mical Perine, and Michael Carter combined to rush for 85 yards at MetLife on Saturday. Johnson looked particularly explosive and he seems to fit this zone scheme like a glove. Perine scored the Jets’ only touchdown and had the longest run of the night a 14-yard run. Look for the Jets to continue their commitment to the run, rotating in lots of fresh legs, as they hope to help ease Wilson into his role as starting NFL quarterback.

With a young team and a young coaching staff, the Jets need to stack solid performances and they got off to a good start against the Giants. There will be ups and downs as the season goes along but improving week to week, month to month is how this young squad will ultimately be judged. The Jets are not competing for a Super Bowl in 2021, but they are to laying the foundation to becoming a perennial playoff contender.