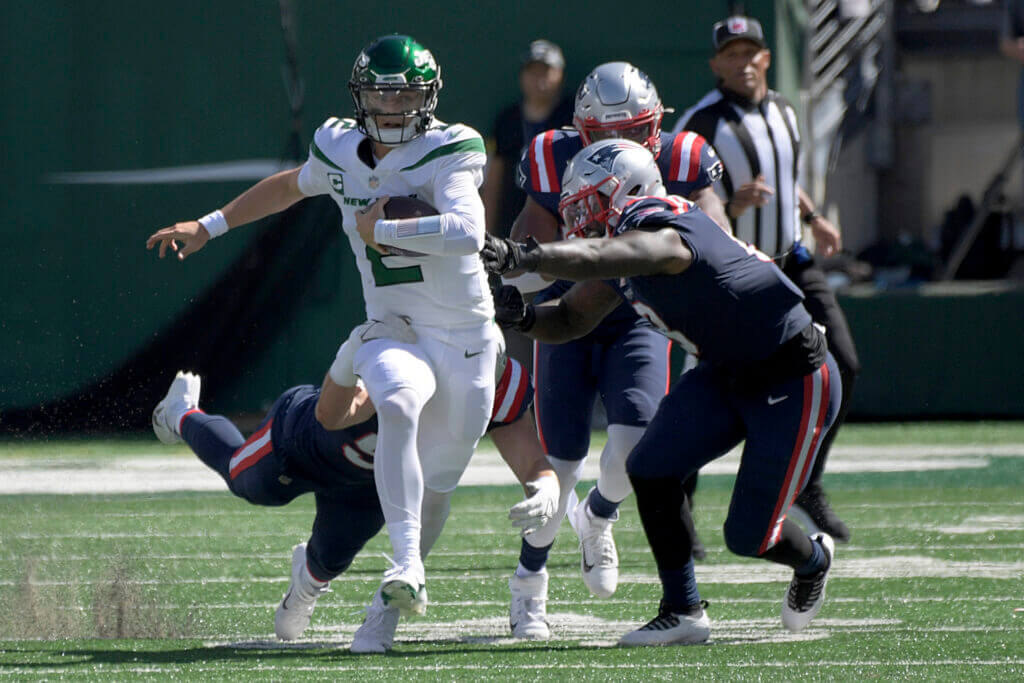 It was quite the atmosphere at MetLife stadium, it was the season opener and our first live look at the new look Jets. I bought tickets to this home opener because i felt like I was gonna witness the birth of a new Jets era and along my journey to the stadium most fans I met felt the same way. The young fans optimistic and boiling over with excitement and the elders just cautiously optimistic. That optimism, born out of the hiring of Robert Saleh and the second overall pick Zach Wilson’s potential. the first drive on defense the stadium erupted on a fumble call but It seemed to me that everyone showed up for this game except Zach. Any number of things could have caused this loss and for the most part Jets fans would stomach it but not the complete failure to launch we saw by the rookie QB.

What made this feel most jarring was the future of the one position that we know means everything to the evolution of this franchise again looked pretty dark. On that first interception Zach threw the ball into pretty tight coverage looking for Corey Davis, thought he could have gotten of Davis there because of the coverage, second one seemed like he forced a throw there which went through Davis’s hands, another missed opportunity to live for another play and the third it seemed like he didn’t see the underneath defender. There’s a game within the game that the rookie must learn, every throw or read has so much to it; the right touch on the ball, the right trajectory and ultimately the right read are all things that matter in a split second and I think Zach has the right tools to combat this just needs time.

Bill Belicheck’s defense is primarily a man coverage scheme with very little zone which means a quick trigger is needed to defeat it but Zach seemed like he was being aggressive when he didn’t have to, coach Saleh said as much after the game, “sometimes playing a boring game of football is optimal”. They were all rookie mistakes and he never got to reset himself. Zach Wilson does have a very compact and quick release but this only works if your decision making is top flight and on this day it wasn’t.

The young defense showed up, with nine tackles for loss and three sacks harassing Mac Jones and causing miscues that are not typical of a Patriots team. Other than that Damien Harris several missed tackle highlight they were pretty good. The run game was better this week going for 133 on 28 carries that’s 4 plus yards a carry, tight end blocking was still underwhelming but this team showed up which indicates to me that just like we thought this season hinges totally on the arm of the young signal caller. We knew this going but anticipating this feeling is something Jets fans have done for a long time, it was crushing because our savior failed us in the worst way possible. I haven’t given up on him but this was abysmal.

This loss bothered me mostly for the long suffering fans who deserved a successful new future for this franchise. As disappointing as this was I still believe Joe Douglas and Robert Saleh are the ones to deliver that to us. We knew there would be growing pains and it’s that for better or worst part, because these moments will make the success even more sweet.