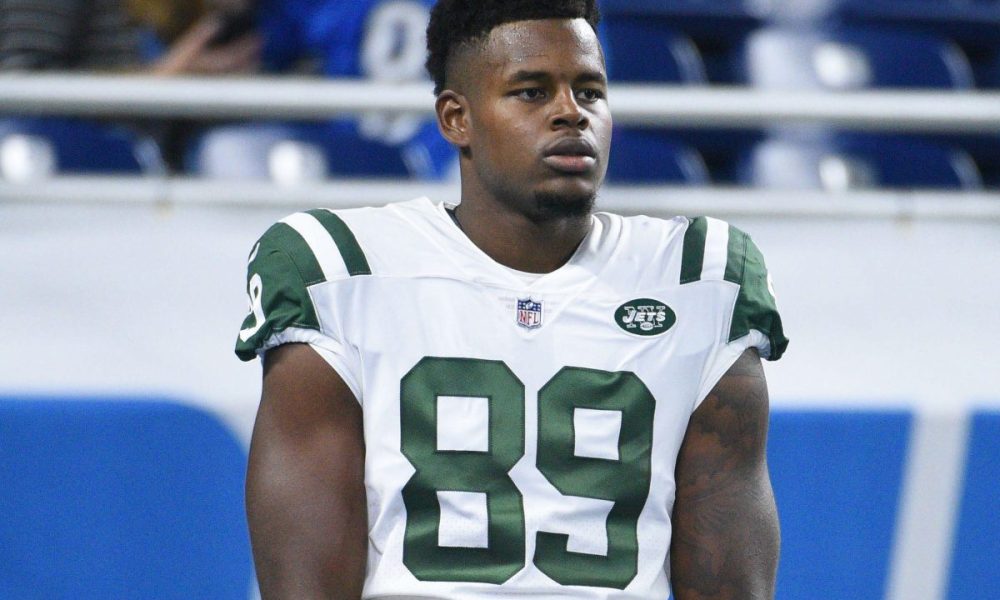 The Jets cut their roster down to the final 53 on Tuesday after making final camp cuts and trading Christopher Herndon and a 2022 6th round pick to the Minnesota Vikings (USAToday). The Jets received a 4th round pick in the 2022 draft in exchange for Herndon, a TE who had his best season in 2018 and since then has primarily been a disappointment. Face value would say that the trade is a massive overpay for the Vikings, but if Herndon does end up being a viable starting option then I suppose it would be worth it… I have my doubts. As of Wednesday evening, this leaves Tyler Kroft, Daniel Brown, Ryan Griffin and Trevon Wesco in the TE room after Brown and Griffin were signed on to the active roster after being waived earlier in the week. Rookie UDFA Kenny Yeboah was added to the practice squad. The Jets TE room is the clear weakness on the offense, and many fans are hoping the Jets would make a trade for a veteran such as Eagles TE Zach Ertz. I wouldn’t hold my breath, but I do think the Jets should try and make a move to improve their TE depth, for the good of Zach Wilson’s development if nothing else. Perhaps trading for a player like Hayden Hurst of the Falcons, a solid move TE that can start right away, would be a good decision.

This likely means that Echols, Dunn and Guidry will compete for that outside spot.

Another player cut who could be considered a surprise was Jabari Zuniga, a 2020 third rounder who has been a flat-out bust so far and failed to make the roster in a crowded DL room.

Players that were waived but then added to the practice squad include Josh Adams, Ronnie Blair, Grant Hermanns, Lamar Jackson, Josh Johnson, DJ Montgomery, Jimmy Murray, Del’Shawn Phillips, Hamilcar Rashed, Tanzel Smart, Vyncint Smith, Isaiah Williams, and Kenny Yeboah. There could be more additions to the practice squad as there are still three spots available, but these are the names on the Jets official website so it is wait and see mode on the others. I expect some of the names listed above to see playing time during the season at some point, I have my eye on RB Josh Adams, TE Kenny Yeboah, and EDGE Ronnie Blair in particular.

There will be more moves made up until the Jets travel to Carolina, but for now, the roster is young, hungry and almost unrecognizable from the team which took the field week 1 of last year under Gase.