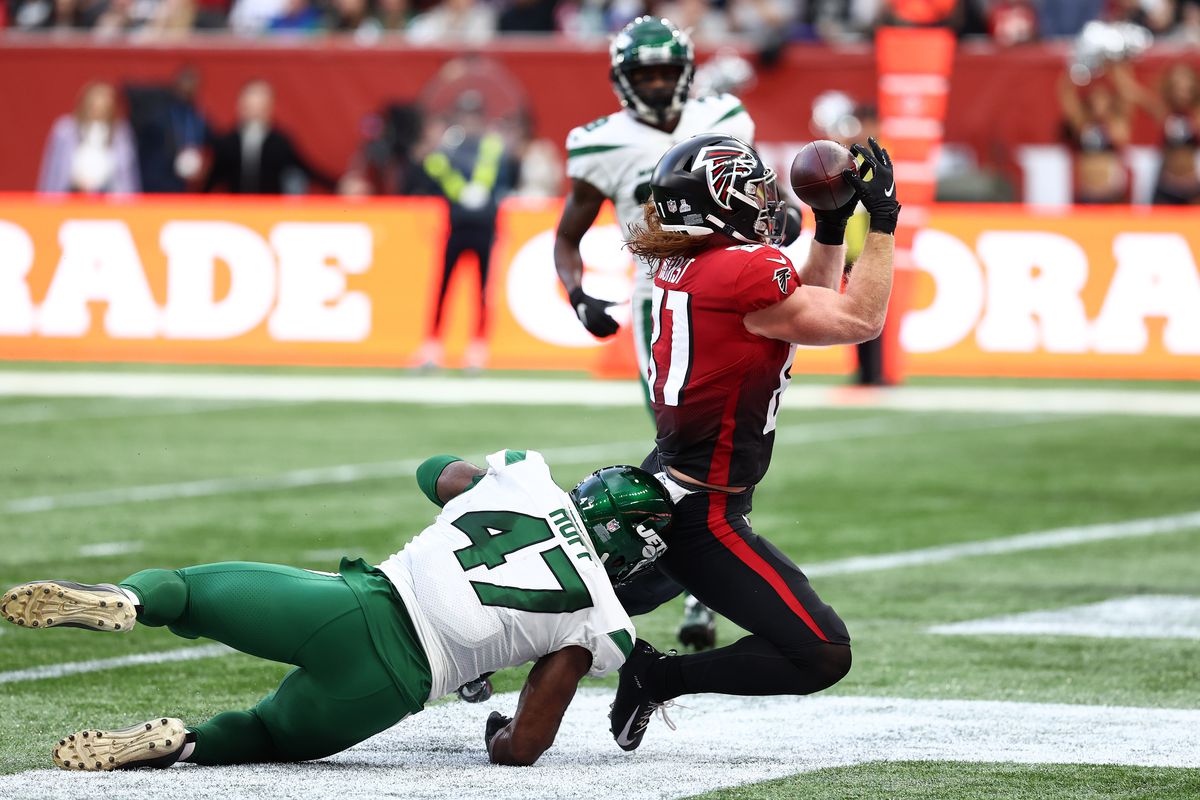 After last week’s performance on defense and by Zach Wilson, Jets fans got a glimpse of what a future with a successful rebuild would look like. Unfortunately almost everything that went well for the New York Jets went south today.

Let’s start with Zach Wilson who just couldn’t complete the most obvious throws. Maybe there’s some validity to rookies can’t win across the pond stat, going 0-5 in London. Wilson’s mechanics has been his achilles heel so on the simple throws his accuracy suffers. His shoddy execution cost the Jets continuity that is premium on an offense with little experience.
The reality is these are growing pains for a rookie QB, these ebbs and flows on offense are critically linked to Zach Wilson’s growth and therefore this teams bottom line.

For the first time this season the Jets defense ran into an elite passer and it didn’t go well. Matt Ryan and the Falcons game plan attacked the Jets line backing core with many of their first passes going inside forcing the backers to cover.
The zone blitzing on third down plays also backfired for the Jets who’s corner backs got beat in coverage over and over again . They had their worst game to date but it’s to be expected. No way did we expect these young players to play a spotless season. The pass rush played a huge role in the reason why the secondary’s play suffered. They only had two tackles for a loss and no sacks. They got an ok amount of pressures but Ryan’s pin point passes negated those.

The bye is here and it’s time for evaluation. Every coach and player needs to take account of what they’ve done to this point. Fine tuning Zach’s mechanics on those easy throws should be top priority. He knows how to do the splashy throws let’s get him to win on those easy ones and lastly keep growing as a team that is the most important thing for this team this season.