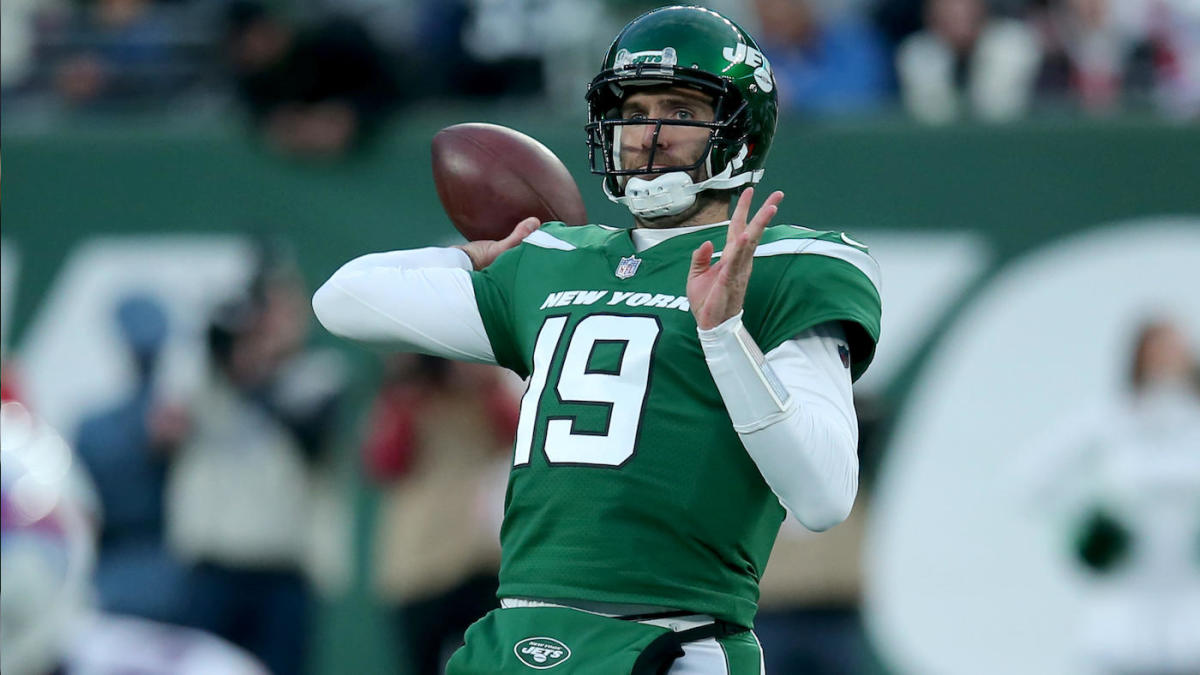 Wednesday morning head coach Robert Saleh shocked everyone when he announced that rookie quarterback Zach Wilson‘s knee was not ready and New York would start long-time NFL signal-caller Joe Flacco against Miami. Just a few short weeks ago backup quarterback Mike White lit the NFL on fire with an all-time performance against the Cincinnati Bengals in his first NFL start. White was able to take advantage of a Bengals defense that did not adjust to the Jets’ short passing game. White finished that Halloween Sunday with 405 passing yards and four touchdowns.

Fast forward to last week against the Bills and White looked a little bit more like we expected. He finished with 251 passing yards, four interceptions, and no touchdowns. The Bills took away the short stuff and White displayed an inability to throw the ball downfield. So Saleh turns to Flacco as Wilson is still sidelined and the sports world loses it with the “same old Jets” takes.

“How can the Jets turn to a 36-year-old quarterback?” Simple, he gives them the best chance to win and that’s what coaches are paid to do. “But they have to develop Mike White!” Why? White is a restricted free agent that may not even be here next season. The guys that need to develop are the young playmakers on offense. Guys like Elijah Moore, Michael Carter, and Denzel Mims (if he comes off Covid list) are the guys that need to be developed. White has thrown eight interceptions in four games and it could be far worse. He has thrown 12 turnover-worthy plays in 12 quarters. Flacco at 36 is not the same player that led the Ravens to a Super Bowl victory but he is the best choice for the Jets against Miami. He is a professional quarterback with tons of experience. Could he come out on Sunday and throw four interceptions? Sure he’s done it twice in his career, but more likely Flacco will take what is available to him and still be able to push the ball downfield when needed. No matter what happens this week let’s all hope Wilson is under center next week.

So you want to bet this game, here are the trends

The Jets are 2-7 against the spread (ATS) and 2-2 ATS at home. Miami rolls in the New Jersey 4-5-1 ATS and 2-2-1 ATS on the road. In the last seven meetings between these teams, the Dolphins are 6-0-1 ATS. Couple that with the Jets being 5-17 ATS against the AFC East in their last 22 games, including 0-3 ATS so far this season, and the trends like the Dolphins on the road.

New York has been hot to the over this season going over in six out of nine games. The Jets have picked up the offense in recent weeks, combined with a defense that is allowing a league worst 32.9 points per game, it is easy to see this over trend. While Miami is one of the lower scoring teams in the NFL at just 17.7 points per game, they have not faced this Jets defense that has allowed 175 points in their last four games.

Teams by the numbers and how they rank

Player to watch for the Jets

In a pretty dismal season, there have been some bright spots for Gang Green. One player that is not only exciting to watch but is trending upwards is rookie wide receiver Moore. The five-foot-ten-inch pass-catcher has hauled in 16 balls in the past three weeks, catching three touchdowns and rushing for another. Moore has become more involved in the offense in recent weeks but is still not seeing enough snaps. In the past four weeks, his highest percentage of snaps came against the Colts when he logged 60%. The Jets need to make him more of a focal point of the offense taking some snaps away from Corey Davis and Jamison Crowder letting the rookie see more reps.