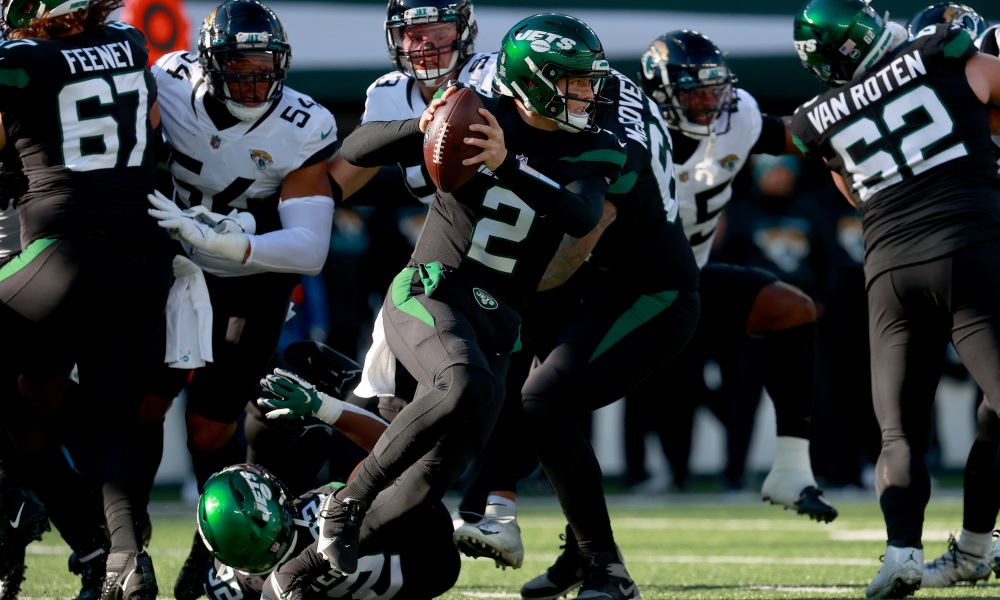 In my the midst of the swirling Covid-19 winds causing 20 plus starters to be out of this game Zach Wilson steadied the ship and propelled it to dry land. That’s what this win could seem like until you realize it was against the worst team in the NFL. Don’t get me wrong Zach did perform admirable and showed growth but everything that’s been true the last few weeks remain that way today.
It’s really hard to analyze the play of this team given that most of todays starters were second and third stringers. Though true Zach was calm, and on point for most of the game going through his reads in rhythm and being more accurate than he had been most of this season. One throw sticks in my head; that one to K.Cole on third and seven for 19 yards, he showed poise and patience going through his reads. He also used his legs to gain large chunks of yardage, a part of his game that had been missing but had recently been peeking through.
Today was also Braxton Berrios day, as he showed up on special teams with a 103 yard kick return and contributed immensely on offense running jet sweeps and orbit motions plus catching the ball will getting blown up, pay that man.

What bled through in this game is how much Robert Saleh’s demeanor and personality has permeated this team. This team looks nothing like The Jets of any Christmas pass. They have their own identity, from the coaches to the players there is a toughness sprouting up and though not fully cultivated whenever this is fully realized it would be beyond beautiful.