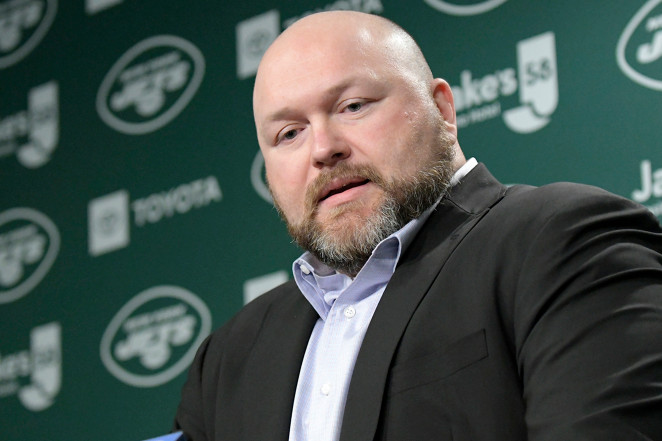 Nobody is more aware than Jets’ fans that NFL rebuilds should not take ten-plus years. Yet here we are, stuck in a hamster wheel of rebuilding. After watching from the outside possibly the greatest weekend of NFL football, the dark cloud that has hung over the Jets needs to be lifted. The last time the Jets were in the playoffs Charlie Sheen was having a meltdown and we learned he had tiger blood.

The Jets have been trapped in a maze of incompetence since then. Three years ago they gave Joe Douglas the task of getting the organization out of this maze. There have been some good (trades) some bad (record) and some inconclusive (draft) moments in his tenure. In this pivotal offseason, Douglas has all the tools needed to lead the Jets out of the labyrinth they have been stuck in since 2011.

At this time of the year, before teams have had a chance to negotiate with their in-house free agents and assign franchise and transition tags, looking at the lists of potential free agents can be fools gold. Many of the top guys never make it to free agency. So the list of top guys will look very different today than it will when free agency begins.

Jets fans will want the team to come out add sign all the top guys, I mean who doesn’t? We are tired of losing! But the fact is many free agents want to get paid and win, so why pick the Jets if the money is the same? So New York may have to overpay to get their guy or guys. That is more often than not a recipe for disaster.

So what to do? Douglas and the Jets need to be selective and aggressive. They need to find young, ascending players and overpay if they find the right guy. This is no easy task. Douglas will be competing with several other teams for the services of each free agent. Many of those teams will be able to offer things the Jets can not, like winning for instance.

Who stays and who goes

Berrios is the big name here. He is a fan favorite and was named an All-Pro kick returner. Full disclosure Berrios is one of my favorite players on this team, but you can not lose sight of what he is. He is a depth piece at wide receiver with limited upside. If not for all the injuries the Jets had a wide receiver he would never have been on the field. He is an excellent kick returner but how much is that worth? I would love to see him back in green and white but I would not get in a bidding war for his services.

Moses is a guy the Jets should try to bring back as well. Yes, he is older but he proved last season to be a good depth player. The rest of the list is full of guys that will not have a major effect on the roster if they are not back You could make arguments for Duvernay-Tardif, Flacco, Fatukasi, and Philips but none are moving the needle.

Douglas needs to hit a homerun in the draft

Thanks to poor on-field play and some savvy trades by Douglas the Jets are armed with lots of ammunition in the 2022 draft. In round one, the Jets have their own pick at number four. It is the fifth time in the last six drafts New York has a top-10 pick, the other season, 2020 they picked 11th. Gang Green also owns the tenth overall pick thanks to the Seahawks and the Jamal Adams trade. In round two the Jets have picks 35 and 38. The 38th pick was acquired from the Panthers in the Sam Darnold trade. They have their own pick in round three at 69. In round four they have two picks, 108 and 114. These picks could move down a bit once compensatory picks are awarded. Both picks were acquired via trade, the first one is the last piece of the Darnold trade and the second in from the Vikings in exchange for Chris Herndon (my god how did Douglas pull that off?). On to round five and the Jets have their last two picks of the draft as of now. Number 144 is their own pick and number 159 was in exchange for Avery Williamson in 2020. Both those picks are subject to change positions as well due to compensatory picks.

Two drafts in for Douglas and it is a mixed bag. Last year looks like a homerun, acquiring key pieces for the future like Zack Wilson, Alijah Vera-Tucker, Michael Carter, Michael Carter II, Elijah Moore, and Brandin Echols. 2020 is a different story. Mekhi Becton was great as a rookie but an injury in the first game of the year wiped out his season. Denzel Mims had the promise of his rookie season destroyed by a bizarre sophomore campaign where he could not get on the field and when he did he was useless. Fifth-round pick Bryce Hall was a steal but other than that no one from the draft is a lock to make the 2022 roster.