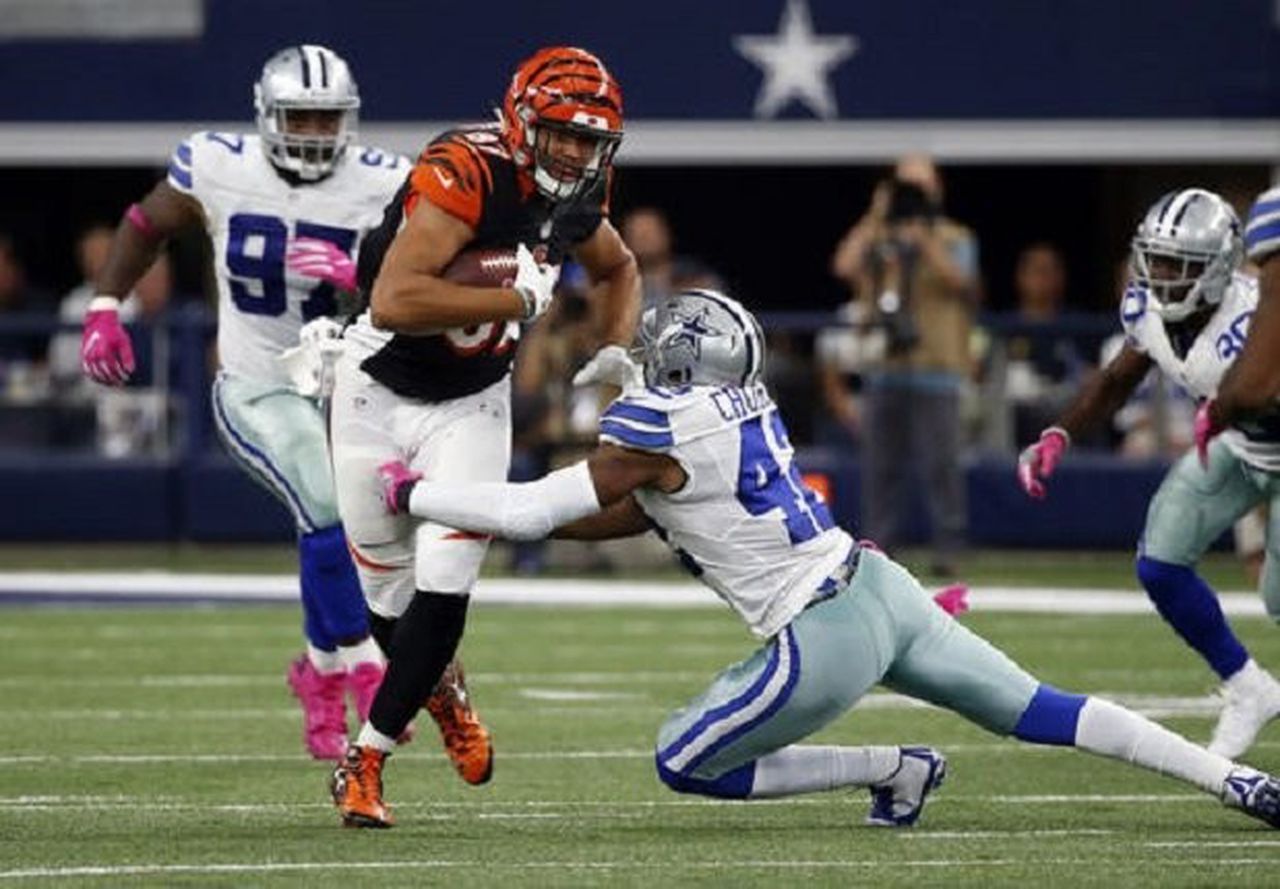 The New York Jets and general manager Joe Douglas embark on an import offseason. They have a quarterback on a rookie deal in Zach Wilson and they need to surround him with as much talent as possible. Gang Green has many needs to fill and on day one they checked off two major boxes. New York came to terms with former Bengals’ tight end C.J. Uzomah on a three-year, $24 million deal. Earlier in the day, the Jets inked former Fourty Niners’ guard Laken Tomlinson to a three-year, $41.2 deal setting up the Jets to potentially have a top 10 offensive line unit.

In addition to the two new starters, the Jets brought back two in-house free agents, re-signing All-Pro kick returner Braxton Berrios to a two-year, $12 million deal, and back-up running back Tevin Coleman returns on a one-year deal worth $1.5 million.

Uzomah is coming off his best season as a pro, hauling in 49 passes for 493 yards and five scores. Last season all Jets tight ends combined for 50 receptions for 534 yards and three touchdowns. The massive 29 -year old, former Auburn Tiger, immediately upgrades the position. Uzomah is 6-foot-6, 265 pounds, and will be a major help for Wilson. Uzomah was sixth among tight ends last year with 382 yards after the catch and allowed just one pressure as a pass blocker.

The keys to success in the NFL are to protect the quarterback and pressure the quarterback. Securing Tomlinson will go a long way to helping the Jets protect their young quarterback. Tomilson was Pro Football Focus’ second-ranked free agent guard and their 11th ranked guard overall in 2021. A first-round pick in 2015, Tomlison comes to the Jets as a guy that is a mauler upfront and a leader in the locker room. The former Duke Blue Devil has not missed a game since 2017, with the number of injuries the Jets have had in recent years his durability can not be overlooked.

Tomlinson has played almost his entire career at left guard a position the Jets are currently set at with Alijah Vera-Tucker meaning that spot last season. The Jets’ coaching staff must be comfortable with either Vera-Tucker or Tomlison sliding over to right guard to have signed off on the move. With the addition of Tomlinson, the Jets have a chance to roll out a top 10 unit each week.

The Jets are off to a solid start after the first day of free agency. They still have holes all over the roster but the offseason is just getting started. Scott Mason and Nick Spano of UStadium recapped the first day here. The Jets are not done and look for them to address safety, corner, and defensive line in the coming days.