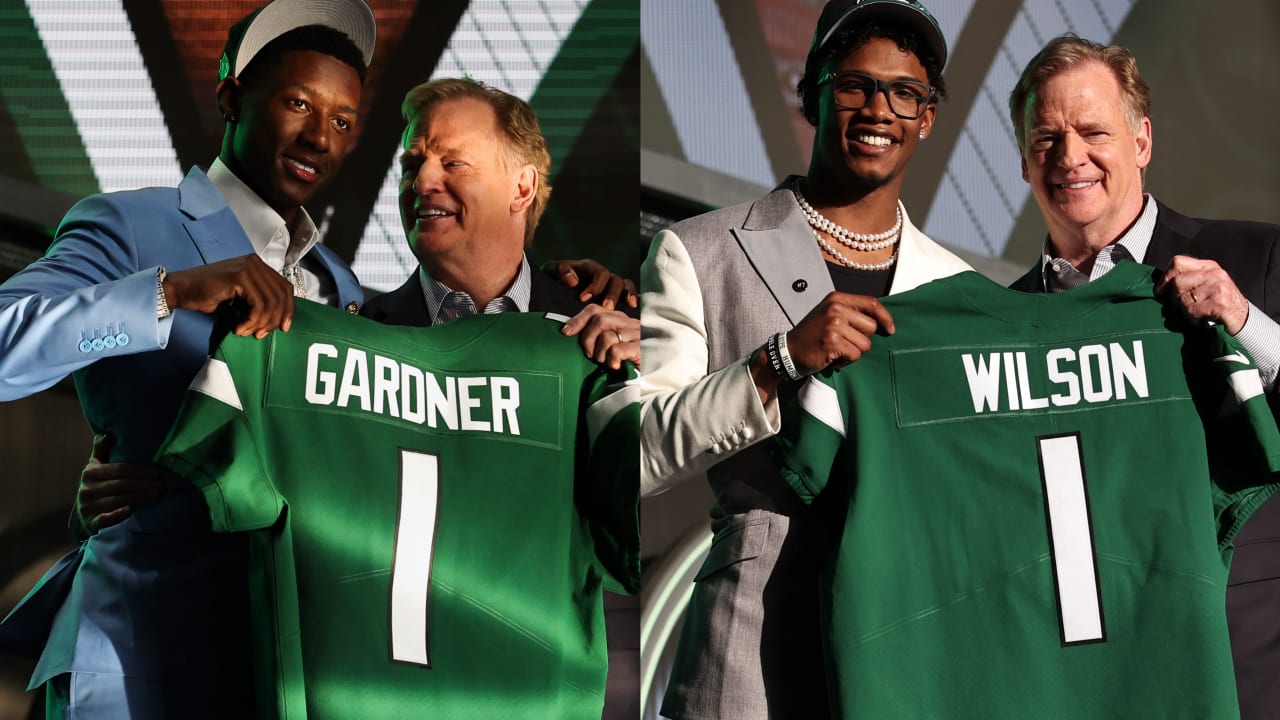 Any GM and coach moving into one Jets drive will inevitably feel the weight of this organization’s years of failed campaigns and humiliating instances replayed numerous times on network tv for the world to see.

Joe Douglas and Robert Saleh took on the monumental task of changing the fortunes of the Jets when they both could have picked any other more successful franchise.

Jets fans has had a cautious but optimistic view of Douglas even as he slowly proved that he was the man for the Job but this 2022 draft might have done it.

With the 2022 draft this from office put everyone in the NFL on notice.

Yes, on the field performance Will ultimately have the last word but this was truly incredible, consensus best cornerback, consensus best wideout, and top three edge rusher all drafted in the first round.

This has never happened while i’ve been a fan and maybe ever.

The prevailing narrative was that Saleh/Ulbrich didnt value the corerback position that much so pass rush would be more in the vein of their thinking.

Enter Ahmad ”Sauce” Gardner who had elite measurables plus the swag and attitude to play the postion at a high level.

His fit in the scheme was undeniable and he seem to have stood out off the field enough to fit in Joe Douglas’s vision for this team.

At 10 the New York Jets select Garrett Wilson who so many had as their top wide receiver.

A top tier athlete who can jump out the room, smooth athlete who is a route specialist and has shown to have a high under of how teams attack him.

This helps Zach Wilson immediately, giving him a weapon than can force teams to simplify their pre snap reads.

Wilson to Wilson will hopefully be a trending echo at MetLife for years to come.

With the addition at TE and RB this gives this offense a shot at being noteworthy in a conference filled with high profile players.

The Jets have shown in the past that they are more than willing to be aggressive in the draft.

Gang Green moved way up to get Alijah Vera-Tucker who they loved and this year traded back into the first to bring in Jermaine Johnson, who most publications had as a top ten prospect.

Johnson who once was a depth piece on the Georgia Bulldog defensive line, transferred to Florida state where he had ample playing time, then using it to propel himself into contention as one of the best in the country. He is known to be really strong at the point at the point of attack, sets the edge very well and has an elite first step.

With these draft picks The Jets-have quit the foundation of youth and talent.

Jets fans can revel in the fact that for the first time in a while there are sports pundits everywhere congratulating the organization on a phenomenal draft and the last time the Jets drafted a core of young offensive players they led the team to multiple playoff births. Here’s to everything we’ve dreamt of coming to fruition Jets Fans.