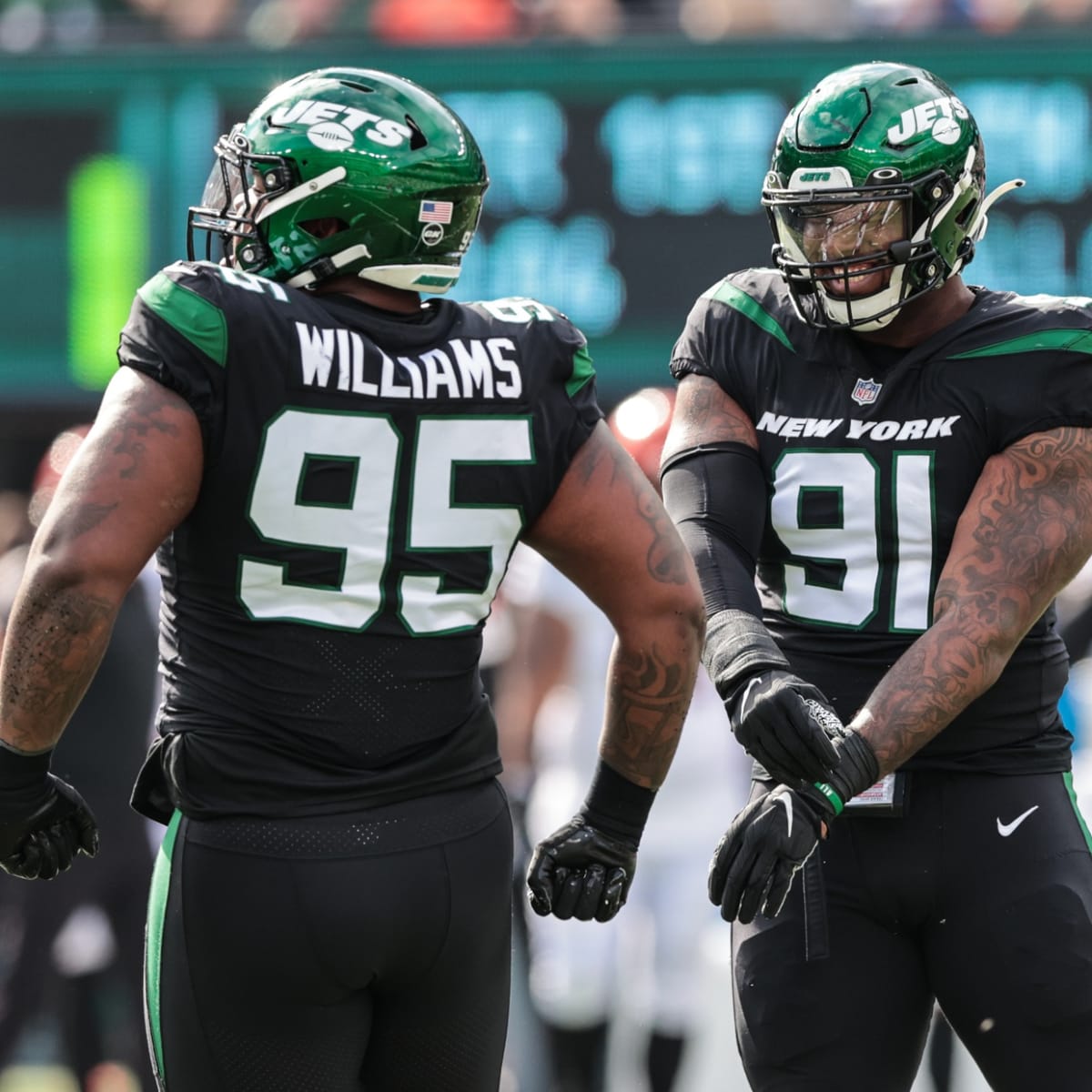 After a great free agency and a record draft season the newly formed team is ready to take this new season head-on. Jets rookies report on July 19th and veterans on the 26th. Joe Douglas has done his part, now it’s on everyone else to run the last leg. Building a successful team depends on so many variables and For the first time in a long time things seem to be on track. Let’s talk about one perceived weakness; the Jets run defense.
Last year the Jets ranked 29th in rush yards per game, 32nd in rushing TD’s allowed and 24th in yards per carry. This was abysmal and one of the worst collection of run defense stats for the Jets in a long time. Couple the latter stats with no addition to the front seven that is a stand-out rush defense stalwart or the question marks at safety and you have a full-fledged concern. The cherry on top is the scheme, which has never been great against the run. They thrive off of having an offense that dictates to teams forcing them to throw the ball to keep up. That would make the lighter more athletic and quick linemen useful. Zack Wilson and the offense struggled so in no way were they able to hold up their end of the bargain. In this second year the offensive talent is much better and Wilson is one more year older in the system, still it seems like its a lot to ask of a sophomore QB.

If everything run hinges on the Jets passing game that would put an unenviable amount of pressure on a side of the ball that’s brand new and will need to work out kinks come with being a sophomore but also don’t forget there are a lot of new additions that need to learn the ropes. In my opinion, this formula would work with a more established team not a young growing team. Team’s that are built around speed have a natural proclivity to being pushed around And we saw how that looked like last year. We should trust that the coaching staff knows all this and are steps ahead in their preparation for teams adjustments. Nothing about this feels right but there us so much that feels good about this team. As fans we tend to be a bit naive but it’s best to look at this from all angles. That would be a healthy way to approach this new version of the New York Jets.