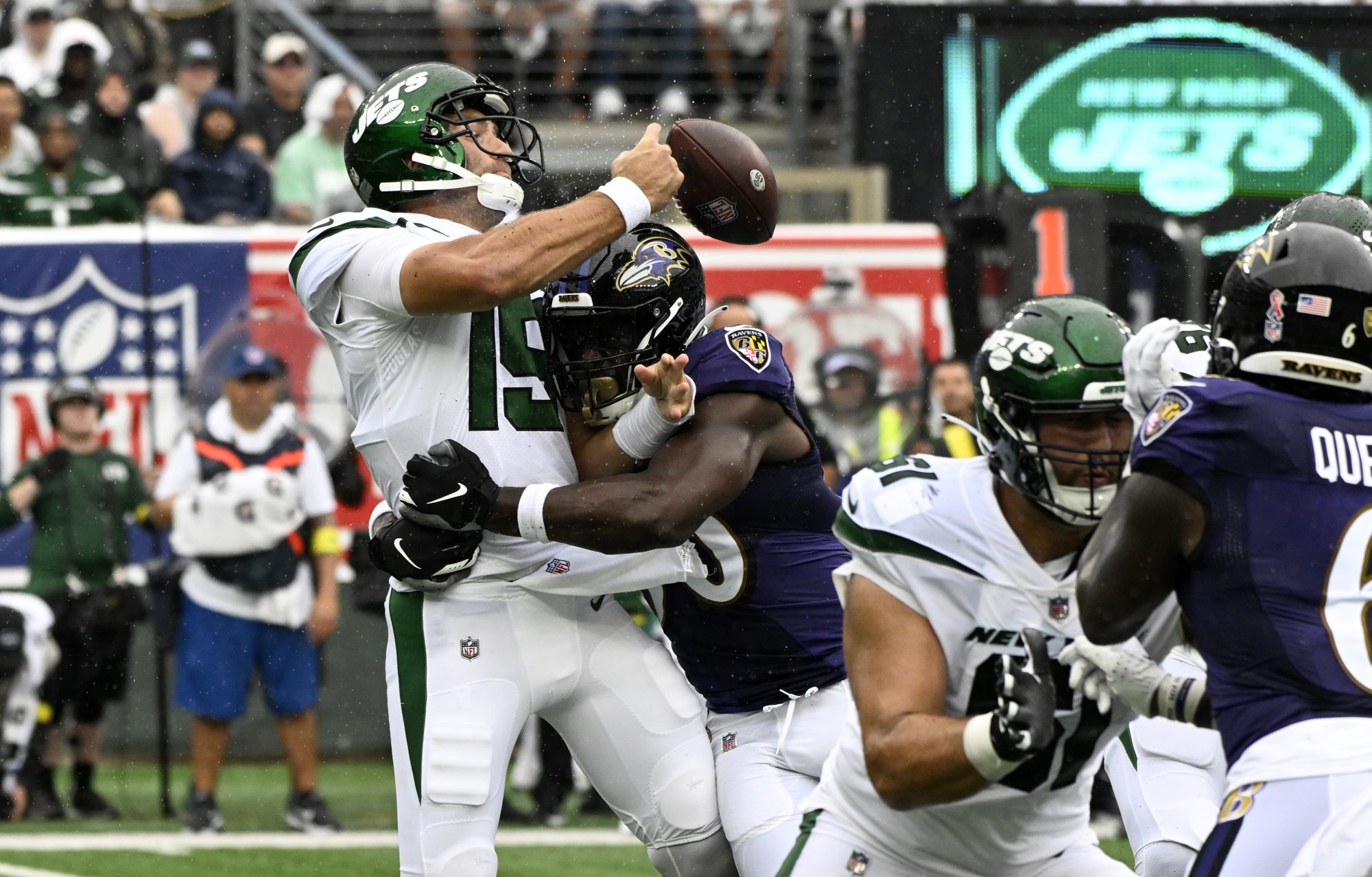 2022 opening day at Metlife was emotional because it was on 9/11, exciting to start and disheartening for the most part. We spent a ton of time talking about the talented additions to this team and how much better overall they looked on paper. Sunday was the day to put it all to work, and on offense was atrocious. This write-up is not about the box score its about everything else. Let’s get a few things out of the way, Jets fans deserve more, a lot of offenses around the league struggled and the limited snaps in the preseason has surely taken a toll on offensive football. All that said this was a winnable game.

Momentum was elusive for the Jets and when they did seem to have some in their sights a series of unfortunate events ensued. Joe Flacco within slower developing plays didn’t get the ball out of his hand quickly enough even when it was apparent that the line was having issues. As a experienced QB that’s a big worry. Joe Flacco dropping back 59 times has to be a huge red flag, Mike Lefluer I’m looking at you. Jets safety Lamarcus Joyner hasn’t played safety in a long time and it showed, Braden Mann had an awful game and seems to be trending into the problematic territory, 2 of 14 on third downs demystify the core issues on offense. Constantly finding yourself in 3rd and long spells doom for any offense let alone one with a struggling offensive line. And last but not least successful football is complimentary, the defense had a pretty stellar performance but it doesn’t seem that way because the offense did not hold up their end of the bargain.

This was a massive letdown after how successful the offseason was. I don’t believe this is the same ole Jets. I think some things can be done to iron out these like, more time together for the line will help, a quicker pass game getting the ball into playmakers hand sooner, Garrett Wilson had a near third down completion where he gave us a glimpse into what he can be for this offense in the first quarter but he wasn’t targeted much after that. The run game will get better and that’s saying a lot given that Michael Carter averaged almost 6 yards per carry. Lastly, all these young players playing at important positions will improve over time it all hangs on these coaches adjusting when they have to. There has been a propensity to be rigid by this staff, I think there’s is talent here and it would be poisonous to be old school and rigid. Robby Sabo of Jetsxfactor tweeted out that “this new NFL is more about tricking defenses than trying to overpowering them”. I believe in that deeply and until the Jets start being more futuristic they will remain the same ole…..