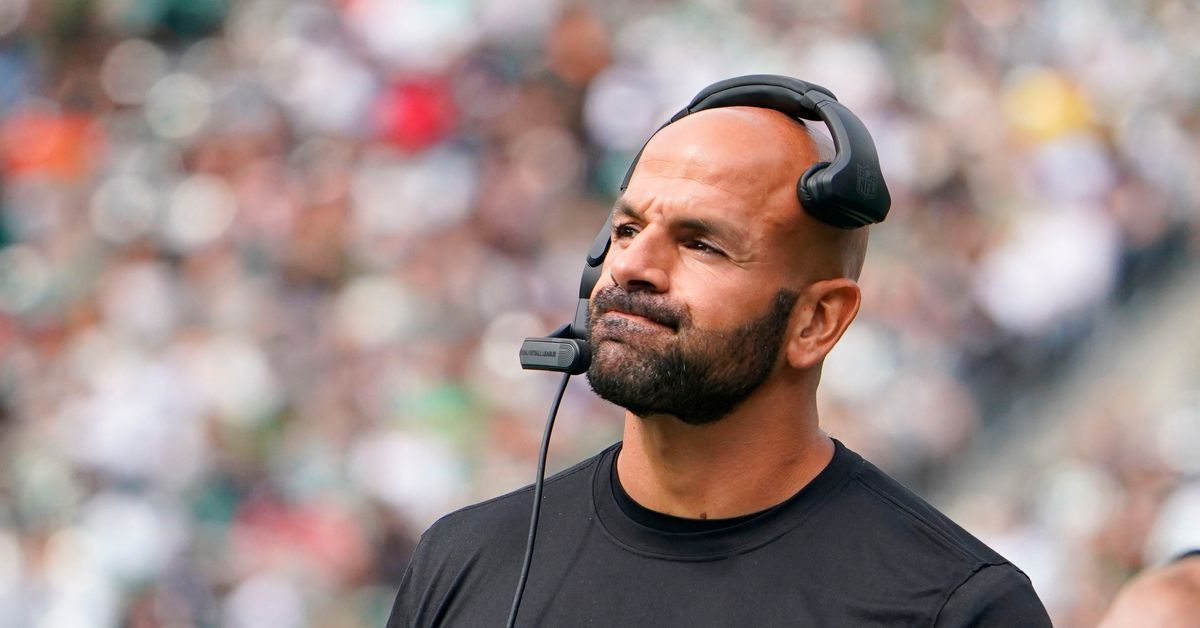 Last year the New York Jets seemly won the coaching cycle. They got the guy they wanted, not the second or third-tier guy. They got a guy that wanted to be here, not the guy that took the job because he had no other options.

Robert Saleh was going to end the suffering.

But here we are 20 games into his tenure as head coach, and he has produced five wins. One of those wins came when linebackers coach Ron Middleton coached the team while Saleh had Covid. During those 20 games, the Jets have been outscored 585-362, with far too many games being over by halftime. Former head coach Todd Bowles was 11-9 through his first 20 games. Even crazy eyes, Adam Gase, was 7-13 through 20 games.

This team continues to have the same problems game in and game out. They continually shoot themselves in the foot. As Andy Vasquez said on the PLAJ Podcast, “I’m not sure they even have a foot left to shoot.” There are stupid penalties repeatedly by veteran players that should know better. Yet it continues to happen with zero accountability.

And it’s not just Saleh; the entire staff is to blame. The game plan and the player usage are madding at times. It seems as if offensive coordinator Mike LaFleur has forgotten how to use second-year wide receiver Elijah Moore. On Sunday, you have Flacco throwing 50/50 balls downfield to a 5-foot-9 pass catcher over and over.

During the offseason, the Jets gave tight end C.J. Uzomah a 3-year $24 million contract. Through two games, he has one target. Granted, he seems to be battling an injury. Fine, sit him down until he’s fully healthy, and the Jets can do that because, guess what, they drafted a tight end in the third round of the past draft. And after two games, Jeremy Ruckert also has one target. For the Jets to have invested so much offseason capital in the tight end position (they also added leading receiving tight end, Tyler Conklin), using just one of them is odd.

Defensive coordinator Jeff Ulbrich has been ungood to this point. After finishing last season at or near the bottom of every defensive statistical category, the Jets aggressively attacked upgrading the defense during the offseason. The results? They are slightly better than terrible. They have given up the seventh most point after three games. The pass rush that was supposed to be a strength is non-existent. There are 22nd in total pressures and 27th in sacks.

The game plan this week was to blitz Bengals quarterback Joe Burrow early and often. Last season when blitzed, Burrow had a passer rating of 122.1. Burrow had a 149.6 passer rating; he completed 7 of 10 passes for 119 yards and two scores while being blitzed against the Jets. It’s why Quinnen Williams was seen yelling on the sideline.

When Saleh arrived, there was the promise of competitive and meaningful games in December. How about some competitive games in September? The Jets have held the lead for 22 seconds in 2022. And outside of the last two minutes of the Browns game, they have been non-competitive. I know; they have a backup quarterback in there. What do you expect? The Browns and Cowboys are doing just fine with their backup signal callers.

The shine is off this staff, and the honeymoon is indeed over. This staff no longer deserves the benefit of the doubt. Saleh needs to find answers and adjust what he and his team are doing. If the team can not figure out how to be competitive, Saleh may have this fanbase turning on him.