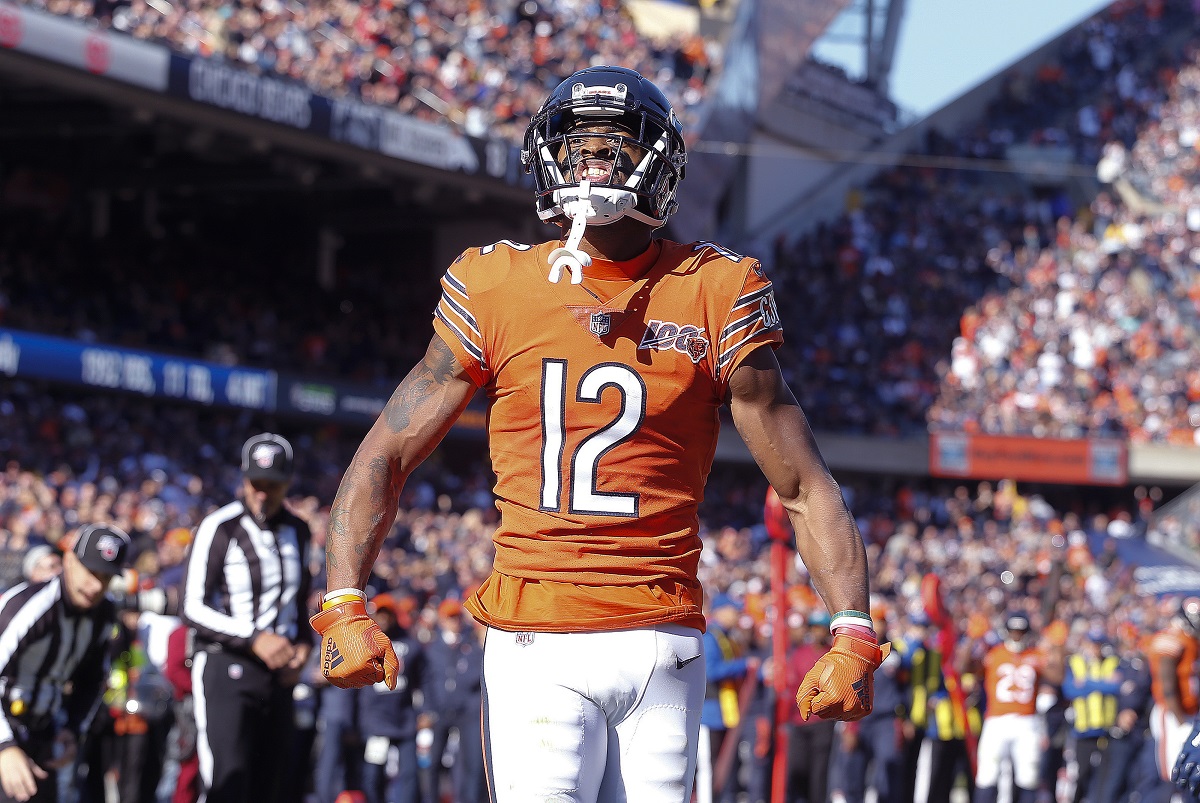 CHICAGO, ILLINOIS - OCTOBER 27: Allen Robinson #12 of the Chicago Bears rects after catching a pass during the game against the Los Angeles Chargers at Soldier Field on October 27, 2019 in Chicago, Illinois. (Photo by Nuccio DiNuzzo/Getty Images)

Over the past few weeks, there has been a lot of buzz on social media connecting the New York Jets to former Chicago WR and UFA Allen Robinson. Robinson works out in NYC in the offseason and is represented by Vayner Sports (owned by Jets super fan Gary Vee). In conjunction with this, he’s been very active on Twitter, liking a ton of pro-Jets content and spoke glowingly of the organisation during his interview on The Collinsworth Podcast.

So what’s stopping the Jets from signing Robinson?

For starters, the franchise tag. It would be bad business for the Bears to let their best offensive player, in the prime of his career, walk without receiving adequate compensation. While Chicago has a far from optimal cap situation, they have enough wiggle room to apply the tag and either force Robinson to play in Chicago or execute a tag and trade.

The second barrier preventing the Jets from signing Robinson in Free Agency is Joe Douglas and his team building strategy. From an ideology perspective, the Jets GM puts a heavy emphasis on the trenches and will inevitably be a player for OG Joe Thuney. Would he also foot the bill for a WR1? Robinson will be looking for $18-20M/year and I’m not sure that’s a move Douglas will be willing to make.

They say “where there’s smoke, there’s fire” but I’m not convinced that Robinson and the Jets will end up together come March 17th. Between the franchise and price tags respectively, Robinson will likely be suiting up elsewhere in 2021.