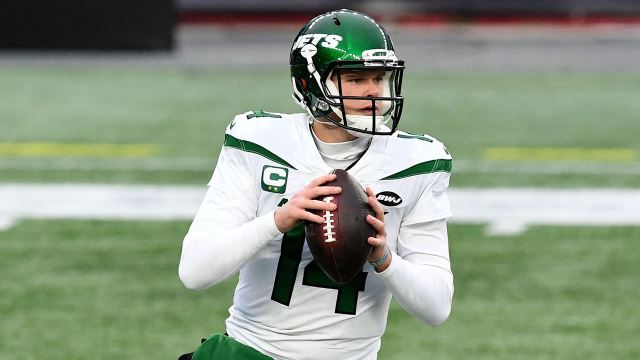 As uStadium co-founder Nick Spano reported weeks ago and as New York Jets general manager Joe Douglas confirmed himself during a press conference last week, the New York Jets have been taking phone calls regarding the possibility of trading their incumbent starting quarterback Sam Darnold.

However, we learned nee details this morning, as MMQB’s Albert Breer reports that eight teams have called about the former USC star with “varying levels of interest.”

Per Breer, nobody has blown the Jets away with an incredible offer yet and the plan is still currently to wait until after they attend the pro days for NDSU’s Trey Lance (March 12), BYU’s Zach Wilson (March 26), and OSU’s Justin Fields (March 31) before making a final decision on Darnold’s fate.

That said, the team understands that by waiting past the start of free agency, franchises that are interested in trading for Darnold could go in a different direction at quarterback and lessen the market demand for the man who was the #3 overall pick in the 2018 NFL draft.

Teams that Breer anticipates being the most aggressive with Darnold are the Chicago Bears, Washington, and the San Francisco 49ers.

In the case of Washington and Chicago, Breer believes Darnold is their only chance at acquiring a young, potential franchise quarterback because both teams draft too low (#19 and #20 respectively) to come away with one of the 2021 draft’s top signal-callers.

As for San Francisco, the thought is that Darnold would be a strong fit in head coach Kyle Shanahan’s offense and could offer a young, cheap option to a team that has an uncomfortable salary cap situation and a large number of free agents that need to be paid.