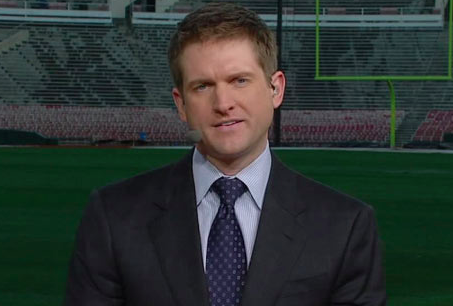 Scouring mock drafts from professional draft analysts has been a popular pastime for many Jets fans, as the annual selection process has taken on immense importance for a team that has not been very good over the last decade.

One of the most widely respected draft insiders, ESPN’s Todd McShay is out with his latest mock draft & he has the Jets splitting their 1st round resources on offense and defense.

Regarding the Wilson selection, here’s what the ESPN senior draft analyst wrote:

“The logic here stands from my last mock draft: I expect Wilson to be the No. 2 overall pick, whether or not it is the Jets making it. Projecting this pick isn’t necessarily suggesting they should or will move on from Sam Darnold, but if they do, Wilson is the obvious next move. If they don’t, watch for a QB-needy team to trade up to take him here. Wilson is creative and can extend plays, he can hit the deep ball and his toughness in the pocket stands out.”

Beyond the Jets, it is worth noting that Mcshay had five quarterbacks going in the top 10, with Clemson QB Trevor Lawrence at #1 to Jacksonville, Wilson to the Jets, OSU QB Justin Fields to Carolina at #3 (after a trade up with Miami), NDSU’s Trey Lance at #4 to Atlanta, and Alabama QB Mac Jones to San Francisco (following a deal to move up 3 spots).