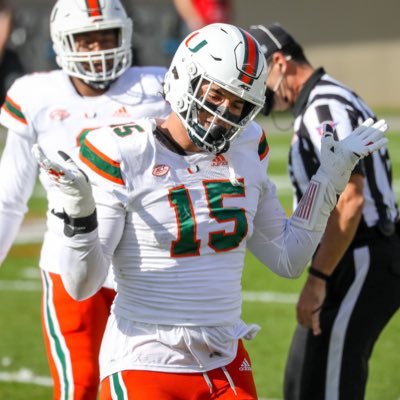 In the second edition of our Mock Draft Monday, this will be the first without trades and the very last before free agency officially starts this week. With no trades, that means Sam Darnold will be sticking around in this edition. While it is widely expected Darnold has played his last snap in Green and White, it is still a possibility Joe Douglas and company decide to bring back the former USC Trojan for his fourth season. But by this time next week, we should have a much better idea of where this roster will be headed come September.

But without further ado, the New York Jets are now on the clock.

With there being no trades allowed in this version and Sam Darnold remaining on the team, that really negates the chance of there being a quarterback taken here. So who should we target to help build around him to revive his career? There’s Kyle Pitts who could be the highest selected at tight end in NFL Draft history. Penei Sewell and Rashawn Slater are options to help turn this offensive line into a young juggernaut. Then there are the wide receivers between Ja’Marr Chase, Jaylen Waddle and Devonta Smith but is it too rich at the position to spend the second overall pick on one? With all of that being said, Penei Sewell should be the pick in this hypothetical. As I mentioned in last week’s trade down piece, he could play inside or out and be the long term answer at right tackle once George Fant is out of the picture.

If Darnold is sticking around for year four, he needs all of the help possible. We started building that line with Penei Sewell so now is time to look elsewhere on the offense. Travis Etienne is on the board and he is a perfect fit for the outside zone scheme but running backs do not belong in the first round. As great as they can be (i.e. Christian McCaffery, Saquon Barkley, Ezekiel Elliot, etc.) it doesn’t pan out for the team, more often than not. That brings us to targets for Sam in the passing game. It’s too early to take the second tight end off the board but they could take the fourth receiver off the board between Rashod Bateman and Kadarius Toney. As much as my Gator fan in me wants to take Toney, Bateman should be the pick. He may not be the most exciting receiver prospect but he does so many things well, mainly getting open and catching the ball, something much needed on the Jets offense.

Two picks in, we got a great target on the outside with Bateman and solidified the left side or bookends of the offensive line with Sewell. We can continue to go offense but now is when defense is allowed to get a look. Kadarius Toney is still on the board, as is Pat Friermuth, Wyatt Davis and Creed Humphrey but one name stands out more than the rest. Miami Hurricane Jaelan Phillips is exactly what you right up when looking for a defensive end in the Robert Saleh defense. Phillips is the most athletic end in the draft but he is more than just a fast get off and fancy spins as he plays with good leverage, good strength and length too. The other top names at the position also happen to be off the board, making this one fairly easy from my perspective.

Getting players at key spots through three picks is all you could ask for. Where do we go from here? The roster is littered with below-average starters and in one of the spots that wasn’t an issue in 2020 was the nickel slot with Brian Poole. However, on Monday, March 15th, Brian Poole is a free agent and is not a guarantee to come back. That would be the ideal move considering how well he has played in New York but in case he isn’t a player that is up to the task is Washington’s Elijah Molden. He has fantastic instincts, a willing/effective tackler and good footwork. If Douglas decides to go in a new direction, he could do much worse than the former Husky.

Time to double up. This player was in consideration at 66 and he just so happens to fall twenty slots later, Amari Rodgers. You see how these San Francisco offenses have wanted to build and these last few years and they’re predicated on getting players who can make plays with the ball in their hands. Rodgers brings that to the table wherever he is lined up. He will likely be in the slot for most of his career but he can also go outside and even be put in the backfield as a gadget type player, just like Deebo Samuel has been from time to time.

Unfortunately, the top running backs in the class were either all gone or not worth any of the prior picks. Right now the running game is up for grabs. Lamical Perine and Ty Johnson look like the favorites on the roster but that is not all that encouraging at the moment. It’s likely they bring in a veteran in the coming days or weeks but if that doesn’t happen, Kylin Hill in the fourth round is a good consolation. Hill could very well end up going later than this based off of his 2020 season in Mike Leach’s offense, but he has shown me enough in the prior years to warrant an early day three selection. While his senior season did not go according to plan with only 15 carries for 58 yards in three games, he was able to show his capabilities as a receiver setting a career high in receptions (23) in those three games. Hill can fit the one cut offense as a runner, even though he doesn’t necessarily have that deep speed some may want.

First repeat selection from last week. No need to go too deep into Green’s game again but he will add some versatility on the inside and fits the zone scheme extremely well. As a fifth round pick he won’t have to jump into the lineup right away but could be a steal if he gets a chance in a year or two. Depth across the offensive line has been an issue for years, so at the very least, he can help solidify it and become a relatively successful spot starter, which the team has not really had.

It’s a good idea to go after much needed depth and to take some chances on some high potential players. St. Juste is a lengthy corner at six feet three inches and he uses every bit of it on the field. The athletic profile does not quite match the physical side but that’s why he falls this far. The cover 3 defense that Saleh employs could help hide some of his flaws in his transitions in man coverage. He’s an older prospect, turning 24 years old in September but his upside in this defense is worth the flier.

Saleh and Jeff Ulbrich have been able to get some good play out linebackers that were not expected to produce as much as they have. With that being said, why not try to give them a project to work with in the sixth round? Justin Hilliard was the fourth linebacker for the Buckeyes, behind Baron Browning, Peter Werner and Tuf Borland. Hilliard was unfortunately the odd man out who has dealt with some injuries but he provides some interesting traits. He’s a smaller built linebacker (6’0-6’1 227 pounds) but when he hit the field he showed to be a sure tackler with some decent pop and athleticism to find ways to get to the ball. Hilliard may not be the next Fred Warner but you never know with the new Head Coach.