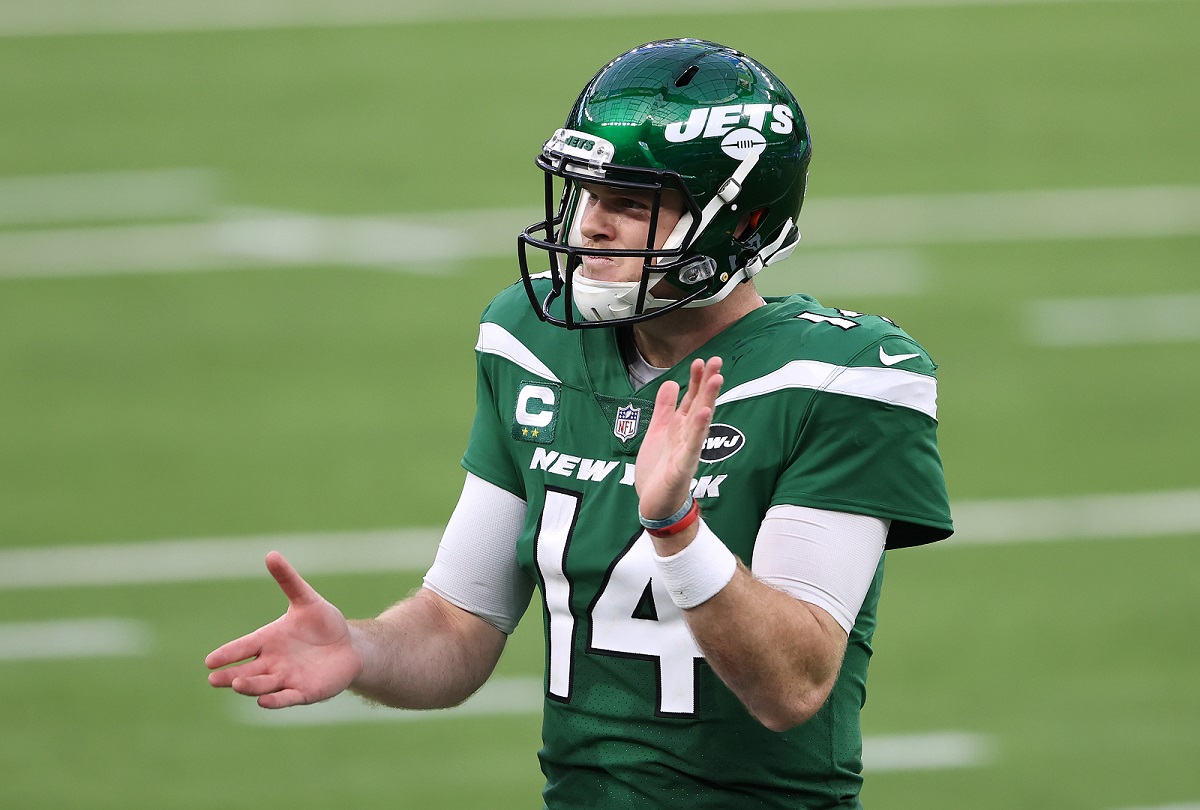 INGLEWOOD, CALIFORNIA - DECEMBER 20: Sam Darnold #14 of the New York Jets reacts to not being able to convert a first down during the second half of a game against the Los Angeles Rams at SoFi Stadium on December 20, 2020 in Inglewood, California. (Photo by Sean M. Haffey/Getty Images)

It’s over Jets fans. You can put a pin in the trade down rumors and mute the “build around Darnold” believers. The New York Jets are taking a quarterback at #2 overall.

As the BYU Pro Day was set to commence, the 49ers sent shockwaves through the NFL, trading up to the 3rd pick in the 2021 draft, where they will inevitably take a QB. While this takes another Sam Darnold suitor out of the market, it’s actually good news for those fans hoping Douglas and co. would take a signal caller at #2.

You know that John Lynch and the 49ers would’ve called the Jets before they traded with the Dolphins. Drafting at #2 would have given them the pick of the litter (minus Lawrence). Douglas would have been able to land #12 overall, 2 x 1st rd picks and a 2nd rd pick. But instead, the second year GM decided to stand pat and is poised to take a QB.

Meanwhile in Utah, Zach Wilson measured in at 6’2 (and a little more), had 9 1/2 inch hands and hit every other threshold that the NFL requires at quarterback. There have been some size concerns surrounding Wilson throughout the draft process, but they were laid to rest today. He even weighed in at 214 pounds, heavier than Clemson QB Trevor Lawrence.

Wilson put on a show for scouts and General Managers, making a number of incredible off platform throws. While I never put much, if any stock into Pro Day throwing, the NFL community likes to see it with their own eyes. Today, they did. As long as his medicals check out, there is league-wide speculation that Joe Douglas, Robert Saleh and the New York Jets will draft Wilson at #2. It’s difficult to see how the Jets’ brass could watch Wilson’s 2020 film and today’s Pro Day and still consider rolling with Darnold. Dan Brugler of The Athletic had this to say, after the BYU Pro Day:

All that’s left for the Jets to do, is trade Sam Darnold (to Carolina or Denver) and sprint the card up. A new era is upon us at Florham Park.