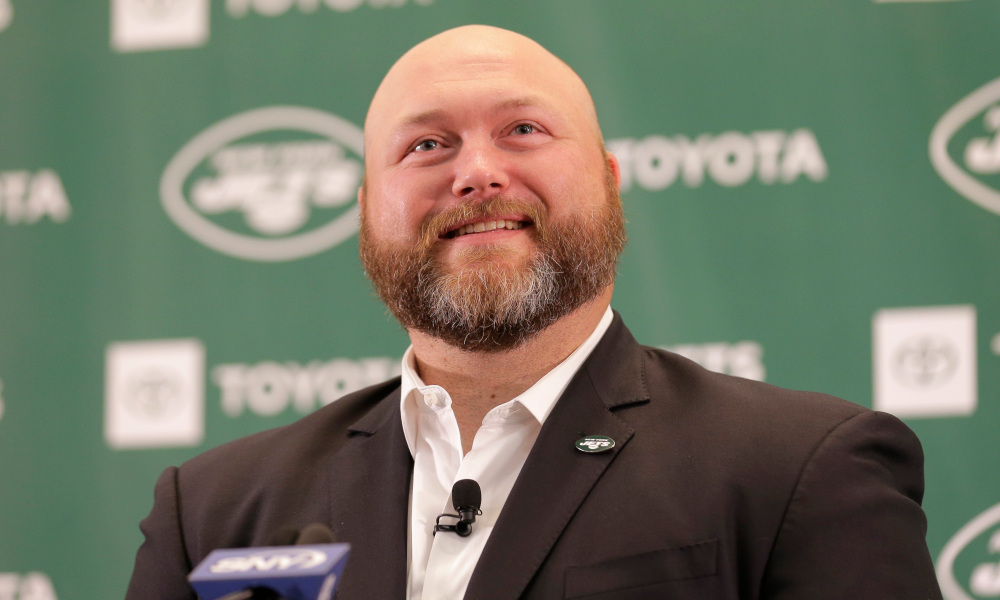 GMs have been hunkered-down with their scouts in the war room already replete with empty pizza boxes and Skoal tins next to abandoned Styrofoam coffee cups with browned napkins tucked inside.

This annual obligation compels GMs to bathe and maybe shave, so they look presentable enough to surrender nothing of substance to the media — and consequently — competing teams.

Clinical paranoia is part of the basic package. That said, Joe Douglas is seemingly better adjusted than most of his peers. It’s early yet.

GMs and coaches typically resent most any activity that pries them away from grinding, particularly those pesky, passive-aggressive media exchanges.

So what we’re left with is a herd of ravenous provocateurs playing dodgeball versus a GM filling his filibuster with generic coach-speak.

Needless to say, there’s likely considerable rhetorical overlap between the 32 transcripts. Any fan worth his salt knows all the greatest hits. Word Bingo remains one of my favorite pastimes.

So the media plays to type and tries to trap the GM into saying something revealing. Then something real and raw finally passes his lips. The GM — under his breath to the PR chief — (once again) expresses his displeasure with the hometown media’s efforts to trip him up and get him to give up the goodies.

Therein lies the root of the palpable tension between team and media. It’s an ongoing, zero-sum saga, during which each contestant fails to fully grasp and respect the imperatives and motivations of the other. Media’s gonna’ media and football guys’ gonna’ football guy.

Short of Cimini spiking Joe’s Gatorade with truth syrum, what we’re left with is very little worth parsing. It’s largely warmed-over, bland filler with a side of fool’s gold. No seeming forced fumbles ultimately amount to any competitive advantage lost.

Look what the media latched on to:

-Some took note of Joe grinning when speaking of Zach Wilson. (Joker face.)

-In terms of evaluating QBs, his criteria involves some combo of … tangibles and intangibles. (You don’t say.)

-Joe vowed to do everything he can to help his new QB thrive. (Juicy!)

-Brace yourselves — I almost forgot — the Jets are.prepared to take the best. player. available. (That’s some Pulitzer fuel, right there.)

You may have surmised that my eyes haven’t stopped rolling as I recall this tired, old kabuki dance.

Now that we’ve largely gotten the Draft’s preseason out of the way, time to get down to brass tacks — namely the Twitterverse’s groundbreaking hot takes regarding Zach’s level of competition, a rehash of Justin’s lackluster performances versus Indiana and Northwestern, our millionth mock simulation, and the obligatory daily helping of stale, snarky comments regarding the Jets’ futility that’ll reinforce our moist conspiracy theory that everyone hates us. Look — I may have inadvertently written the 12 Days of Jets Draftsmas.

Those reading this know that the NFL Draft is our Christmas — by default, the most wonderful time of every. single. year.