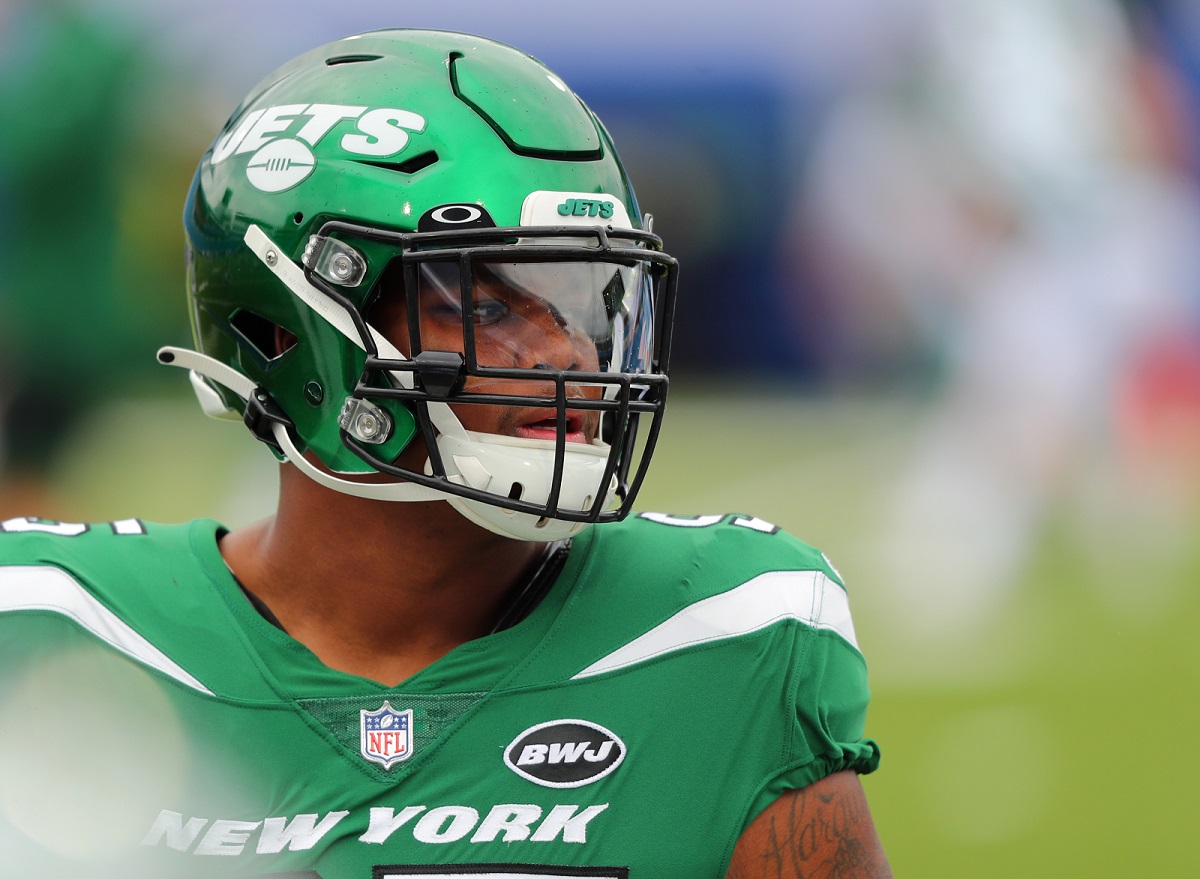 ORCHARD PARK, NY - SEPTEMBER 13: Quinnen Williams #95 of the New York Jets on the field before a game against the Buffalo Bills at Bills Stadium on September 13, 2020 in Orchard Park, New York. Bills beat the Jets 27 to 17. (Photo by Timothy T Ludwig/Getty Images)

With the 2021 NFL draft behind us, the landscape is set for the upcoming season. Rosters are taking shape and the 17-game schedule has now been released. So you know what that means; It’s time to smash some of our favorite over/under win totals!

Pro Tip: Only bet with us when we win.

The Bears had a phenomenal draft, headlined by the trade up for quarterback Justin Fields. He will lift the floor of production at the position and replace Andy Dalton, once he gets off to a sluggish start. To be honest, Chicago has a tough schedule, which includes the ever improving AFC North. However, the reason I love the Bears over 7.5 wins, is because of their division. The Lions aren’t trying to win right now and are two “gimme” wins. The Vikings are a middling team, who I’d expect the Bears to split with (at worst). That’s 3 wins already. Ohh and I’m not sure if you’ve heard but Aaron Rodgers and the Packers aren’t on the best of terms right now!

Even if the Bears win 3 games in the NFC North, I like their chances of winning 5 of their remaining 11 non-divisional games. The Bengals, Giants, Cardinals, Steelers and Raiders are all matchups I can see Chicago winning. Remember, this was a playoff team in 2020, who has just upgraded at QB in a big way. Over 7.5.

This is the year the Chargers put it all together. No more missed chip shot FG’s. No more Anthony Lynn. No more 4th quarter losses. The franchise is in outstanding hands, with Brandon Staley and Justin Herbert at the helm.

The Chargers are better than both the Broncos and Raiders and should win 3 out of 4 of those games. They also have the pleasure of facing the NFC East in 2021. Throw in two games against the hapless Texans and mediocre Bengals and this might be one of the softest schedules of the year.

There is an abundance of talent of this roster, on both sides of the ball. Herbert, Allen, Bosa, James and an outstanding draft class to cap it off. I wouldn’t be surprised if this was an 11 win football team.

That’s right, I said it. The Jets are winning 7+ games, baby! No, this isn’t the biased fan in me. Let me give you some indisputable evidence as to why:

c) The last 3 Jets’ Head Coaches all won 10 games in their debut season (Adam Gase is not an NFL coach and therefore has been removed from my memory and the records).

In all seriousness, this Jets’ roster is vastly improved, especially on the offensive side of the ball. Wilson, Mims, Davis, Moore, Becton & AVT is a young core that Jets fans can be excited to watch. I believe Gang Green has an opportunity to be competitive/win 12 of their games this year, including fixtures against the Bengals, Texans, Titans, Eagles, Dolphins, Patriots and Jaguars.

Lines that scare me:

The Chiefs have a top 5 roster in football and the best quarterback on the planet. That being said, there is no chance I’m betting on a team to win 12 games. I’m not saying they won’t and I’m not predicting the under. Quite simply, the risk isn’t worth the reward.

Two factors scare the living daylights out of me, when it comes to the Giants line:

b) They play the AFC West

Again, I’m not saying to bet the under here. It’s an appealing win total at first glance but I wouldn’t lay a bet down on the Giants in 2021.

The AFC West is a tough division. Patrick Mahomes, Justin Herbert, Aaron Rodgers? The Broncos-Rodgers buzz only adds to my reservations about the Raiders outlook in 2021.

The Raiders’ defense is atrocious and they decided to fix that in the draft by drafting 3 safeties. Don’t love that! While Carr, Gruden and co. can be productive on offense, I’m not sure I see them as an 8 win team.