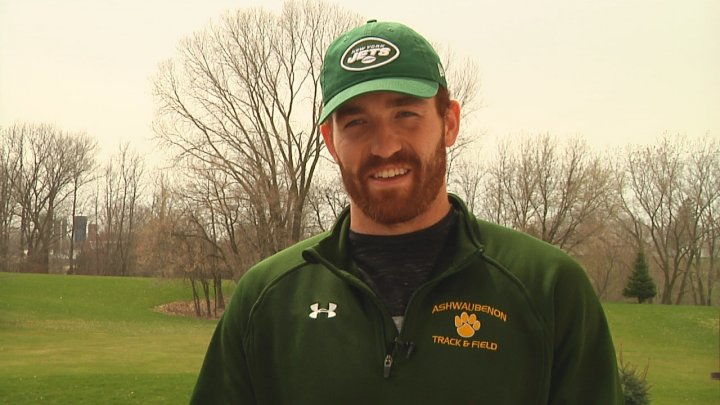 With the conclusion of voluntary OTAs and mandatory minicamp, it is still hard to say exactly what the final 53 man roster will look like until training camp starts in late July. The current roster consists of primarily youth, undrafted free agents, and question marks at most positions. The following is a 53 man roster prediction to start the season based on the players currently on the roster. I expect there to be one or two moves prior to the start of training camp, but for the most part the players on the current roster will be the personnel Saleh and his staff have to work with going into the 2021 season. Let’s take a look at the players I believe will make that 53 man roster and be New York Jets come September 12.

There is no question who the starting quarterback will be week 1. Next to Zach Wilson, there is concern revolving around the backup quarterback position. With Brant Hoyer returning to New England, and Nick Mullens signing with Philadelphia, the only viable veteran backup options would be Robert Griffin III, or making a trade for current Bears backup Nick Foles. As of now, I would expect James Morgan to be the backup to Zach Wilson. After being drafted in the 4th round in 2020, Morgan did nothing for the Jets last season. That being said, he and Mike White are the only current backups on the roster, and I expect Douglas to go with his own draft pick who has had a comparable offseason to White thus far.

The Jets will employ a RBBC approach this upcoming season, and for the most part I feel the roster is set as is. Some believe that La’Mical Perine will be released, however I think his upside as a receiver and in pass protection will earn him a roster spot. Josh Adams possesses size that is lacking in the rest of the running back room, which I think will earn him a spot on the roster along with the flashes he has shown throughout his career. Tevin Coleman is not going anywhere after just signing with the Jets this offseason, and he will be valuable to the younger players on the roster after being in a west coast wide zone system for a large portion of his career. Ty Johnson has the speed and vision to thrive in the wide zone running game, and I would expect him to get the most carries after rookie Michael Carter, who at this point has to be looked at as the most talented and exciting running back on the team.

The Tight End room is not impressive, to say the least. Tyler Kroft is a decent blocking TE but has not been anything but a backup in his career, and he is looking like the lead TE option for the team currently. Christopher Herndon has disappointed in his career after showing flashes as a rookie; injured for the vast majority of 2019 and then dropping passes and looking mostly lost when on the field this past year. Trevon Wesco will make the team because of his status as the only player who can play fullback, an important role in the running scheme they will use. Yeboah is an intriguing UDFA, who I believe will make the team based on his upside and the pure lack of TE talent on the roster. The cuts will come down to Brown and Griffin, and I give the edge to Brown who is younger and less injury prone. Griffin also possesses a cap hit of 3,275,000 and a dead cap hit of 1,450,000 (spottrac) so cutting him would give the Jets some roster flexibility.

In my opinion, the receiver room is set in stone. I believe the Jets will keep 6 receivers on the team, the top 5 being roster locks. The 6th spot I believe will be taken by Braxton Berrios, who has stood out in voluntary OTAs and minicamp and has clearly developed a rapport with Zach Wilson. He also has upside as a punt returner, a position he filled with the team last year and the year prior. The question is not so much who will make the team, but where they will fall on the depth chart. Many assumed Mims would take the second wide receiver spot opposite Corey Davis, but the Jets absolutely love Keelan Cole who has looked great with the team thus far, while Mims has been running with the second team offense. It will be interesting to see how the depth chart pans out come week 1.

Four spots on the offensive line are set, but the right guard position is still up in the air. I would expect the competition to be between Alex Lewis, Greg Van Roten, and Cameron Clark. I have Alex Lewis winning this competition based on his anchor and strength compared to the other guards on the roster, and the fact that his contract was just restructured to keep him on the team in 2021. We are all hoping Clark can develop into a viable starting guard in this league, but he has not shown enough where that can be assumed just yet. I do believe Clark will show enough in training camp to win the roster spot over GVR. The Mustachioed-Mullet Man himself, Dan Feeney was signed to be depth at C/G and that is exactly what he will be. The Jets seem to like Connor McDermott who I believe will win the competition for swing tackle ahead of Chuma Edoga; a Mike Maccagnan draft pick who has played poorly when given opportunities in his career. The Jets signing Morgan Moses would be an exciting development, but that has not happened yet so we will have to wait and see.

It will be interesting to see what the Jets do at safety this year. I think they will carry 4 safeties during the season, with Maye, Joyner and Davis being roster locks. I expect them to move Maye, Joyner and Davis all over, but I believe they see Joyner in the Jimmie Ward role where he moves around the most between FS, SS, and even in the slot. I believe Bennet Jackson will be the 4th safety based on his special teams upside, but hopefully he doesn’t see any meaningful playing time.

The cornerback room is the cause for most concern surrounding the defense. A surprise cut I can see happening is Javelin Guidry, who received some playing time last year when Brian Poole was out due to injuries. Another is Lamar Jackson, who also saw some playing time but is probably most remembered for giving up the Henry Ruggs touchdown in the final seconds of the Las Vegas game this past year. The corners I feel will make the final roster are a mix of Joe Douglas draft picks and Blessuan Austin, who based on starting experience is likely a lock to at least be a 3rd outside corner. I feel very good about Bryce Hall in this defense, who right now is the closest to being a clear-cut starter in the secondary outside of Maye.

The LB position for the Jets is an intriguing one. I believe the starters in the base 4-3 will be CJ Mosley, Jarrad Davis, and Jamien Sherwood. I give Sherwood the nod over Nasrildeen because of his mental processing-a big plus to his game in college. Sherwood’s football IQ will favor him well early in his career and was likely the main reason why the Jets elected to draft him ahead of Nasrildeen (along with Hamsah’s injury history). Speaking of injury history, I think some fans may be surprised to see Blake Cashman cut from the team, but his struggles to stay healthy and subpar performances when on the field will force Douglas’ hand.

The defensive line is without a doubt the strongest position group on the Jets. Fans should be very excited about this group which has serious potential to be the most dominant DL since the days of Sheldon, Wilkerson, Leo and Snacks. Quinnen Williams and Carl Lawson on the same side of the line is especially exciting, and players like John Franklin-Myers and Sheldon Rankins are two players I feel can add some extra juice to a very promising pass rush, while Fatukasi is one of the best and most underrated NT in the league. While Kyle Phillips has been productive for the team in the past, and Hamilcar Rashed Jr. is an intriguing UDFA out of Oregon State, in a room as deep as this I don’t see either making the roster.

K: Not on roster

I believe the Jets will find their kicker after camp cuts, benefiting from a situation where a team has two kickers who perform well in camp and have to let one go. The kicker position is one that the Jets have not adequately filled since Jason Myers left the team in 2019, so hopefully the Jets can find a long term answer for the position soon. Names like Sam Ficken, Sergio Castillo and Kaare Vedvik *shudders*, are just not going to cut it going forward. Mann struggled last year but he will make the team and start at punter, hopefully showing major improvement in year 2. When it comes to the GOAT long snapper Thomas Hennessy, don’t see JD pressed to upgrade there.

This Jets roster is one that fans should be excited about, but also be realistic about when evaluating the overall talent on the team. Would I like to say that the Jets will “prove the haters wrong” and make the playoffs, that Zach Wilson will have a Justin Herbert-esque rookie season, and that Robert Saleh will be the most successful rookie HC since Rex took the team to the AFC Championship Game in 2009? I would love to say those things, but the reality is this is a team with a lot of young players, a lot of question marks, a rookie QB, and a rookie HC in a very tough AFC East division. The team will have its fair share of ups and downs, but overall I expect to watch exciting, competitive football in 2021.