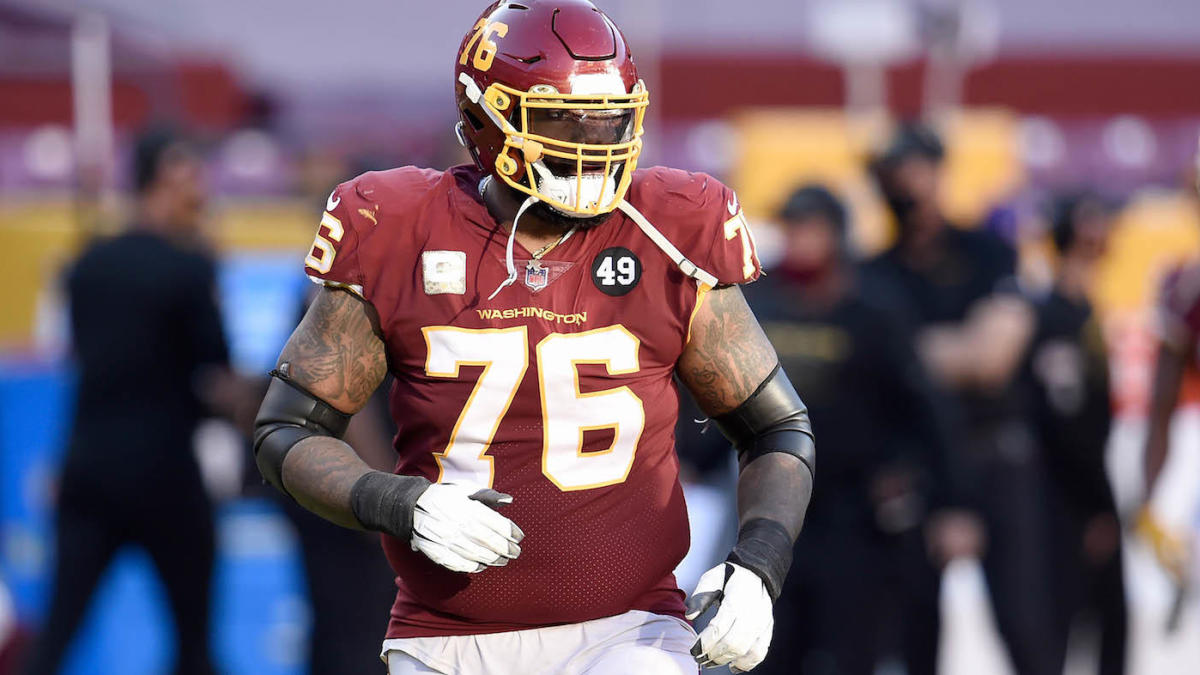 According to Jeremy Fowler from ESPN, the New York Jets are “making progress” on a multi-year deal with former Washington right tackle, Morgan Moses.

It was first mentioned a few weeks ago that they had brought the 7 year veteran in for a visit but nothing materialized.

Now in the latter half of June and after restructuring the contract of Jamison Crowder, Joe Douglas seems more intent on getting a deal done with Moses.

With the addition of Moses, there will only be one player on the offensive line, Chuma Edoga, that was not brought in by the third year General Manager.

Douglas said from the get go that he wanted to build in the trenches and he has meant it.

Two of his three first round picks were offensive linemen in Mekhi Becton and Alijah Vera-Tucker, having needed to give up two third round selections to get AVT on the team.

What this signing does bring up is the question of what happens with George Fant.

The second year Jet had his contract guaranteed at the beginning of the month, making it a little tougher for them to release him.

If he stays under contract, he can either become the swing tackle, which became even more important after the Becton injury, or get kicked inside and fight for the right guard position with Van Roten and Alex Lewis.

This all remains to be seen, but we should expect at least one to be cut not long after the signing is hopefully announced.

Bringing it back to Moses, the 30 year old comes in after being cut from Washington earlier this off-season, but not for a lack of talent.

Take this however you would like, but Pro Football Focus gave Moses a 80.6 rating in 2020, easily better than any grade a Jets lineman received last season (Becton – 74.4). Those two as the bookends for the next couple of years could do wonders for Zach Wilson’s comfort in the pocket during the early stages of his career, while also adding more stability in the run game.

The signing is not official nor is it imminent, but all signs seem to be pointing at those direction, so we might as well get ready for it.