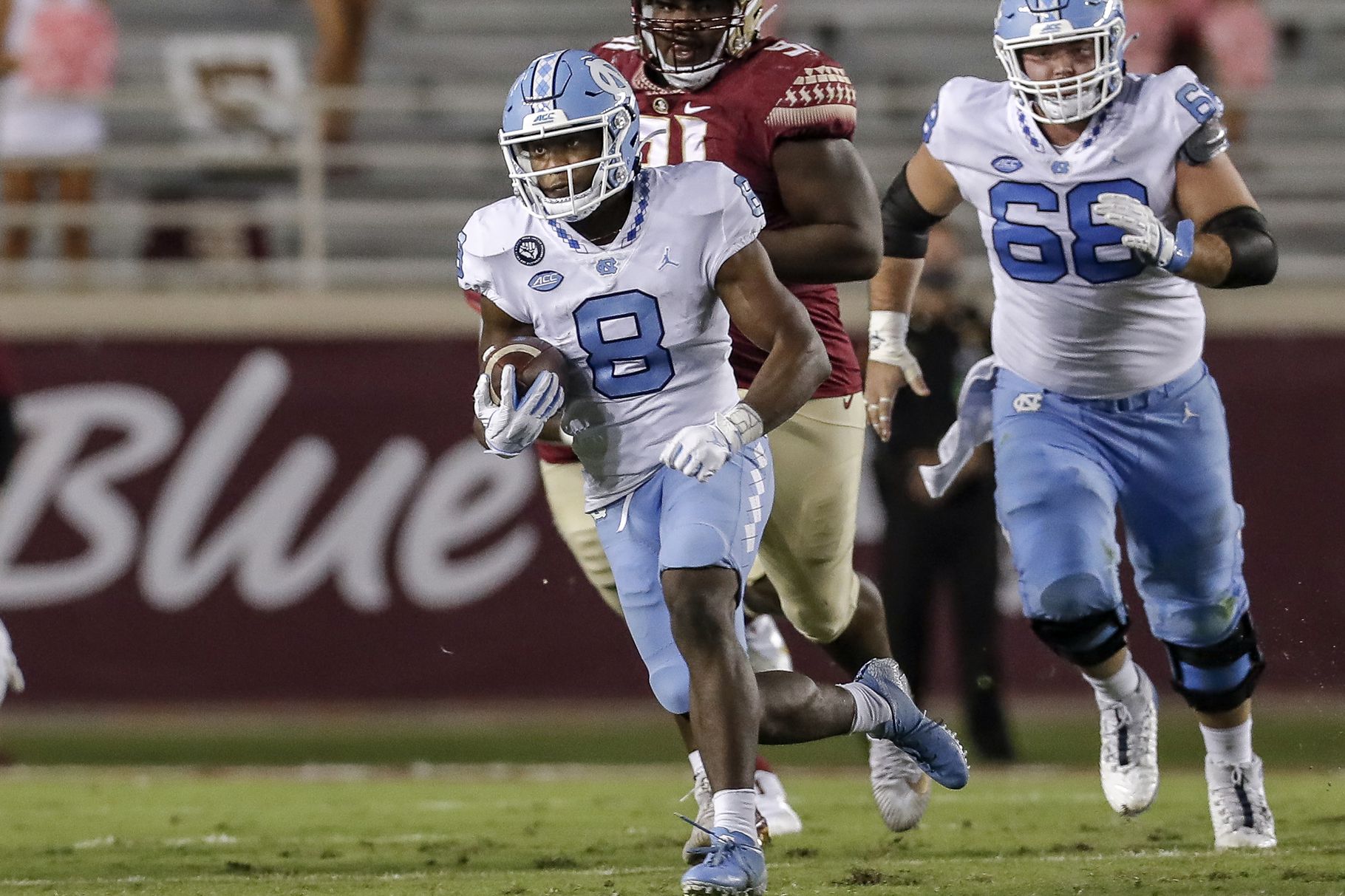 The New York Jets enter the 2021 season with a promising rookie quarterback, in second overall pick Zach Wilson. Under new offensive coordinator Mike LaFleur the Jets are expected to have a run-heavy offense like Kyle Shanahan employees in San Francisco, where LaFleur spent the last four seasons. As LaFleur navigates the expected ups and downs of an NFL rookie quarterback, relying on the run game will be an important part of Wilson’s success or failure this season.

From the moment it was announced the LaFleur was heading to The Big Apple to run the offense for head coach Robert Saleh, talk of the wide zone running scheme coming with him has been prevalent. What the heck is the wide zone or outside zone anyway? In simple terms as Alex Rollins points out in a video highlighting the Shanahan scheme:

A concept where each offensive linemen takes a lateral bucket step playside to try to push the defensive line toward the sideline which creates space for the ball carrier to cut back.

LaFleur, if he follows along with his mentor Shananan, will use plenty of zone concepts, both inside and out, while mixing in other schemes to take advantage of teams over pursuing the zone runs.

Do the Jets have the horses to be a run-first team?

Ben Linsey recently wrote an article at Pro Football Focus ranking all 32 running back units in the NFL. Linsey had the Jets dead last. While Gang Green’s running back room will not be confused with the likes of the Niners any time soon, I do think there is potential there to be better than most currently think. New York will be trotting out some combination of Tevin Coleman, La’Mical Perine, Ty Johnson, Josh Adams, and rookie fourth-round pick Michael Carter. This group combined for two NFL starts last season.

Coleman signed with New York as a free agent following Saleh and LaFleur from San Francisco. A former Indiana Hoosier, Coleman, battled injuries in 2020 playing in only eight games, rushing for 53 yards on just 28 carries. In 2019 with the Niners he ran for 544 yards on 137 carries, reaching the end zone six times. Coleman added 21 receptions for 180 yards two seasons ago.

They brought Coleman to New York based on his familiarity with the new coaching staff. LaFleur must have some level of confidence and comfort with him to have signed off on the addition. If Coleman is healthy, expect him to at least be in the mix to not only make the team but be a part of the rotation.

Big things expected from the rookie

Carter, a fourth-round selection in the 2021 draft is expected to play a major role for the Jets this season and beyond. From all reports, the Jets would have called Carter’s name in the third round had they not traded the pick to move up for left guard Alijah Vera-Tucker in the first round. Carter has everything you would want in a running back expect size. At five-foot-nine and 199-pounds he is not a prototypical “bell-cow” back but that concept is a bit of a dinosaur in today’s NFL.

The former Tar Heel put up some impressive numbers last year despite splitting carries with fellow draftee Javonte Williams. Carter was seventh in college football last year with 702 yards after contact and first in runs of over 15 yards. In the passing game, he averaged 1.93 yards per route run, fourth among running backs. Expect Carter to be given a major role as a rookie getting between 15-20 touches per game.

Johnson, Adams, and Perine oh my!

Johnson who was picked up off waivers during the 2020 season from the Detroit Lions has the speed to burn. Johnson recorded a 4.26 forty-yard dash time at his pro day ahead of the 2019 draft. That speed was on display in the limited reps he received last year. He rushed for 254 yards on 54 carries, including a long of 34 yards. Johnson had four explosive runs (runs over ten yards) in those limited reps. He has speed that is not teachable and offers some upside. Look for Johnson to make the team in 2021.

Perine was part of Joe Douglas’ first draft and was a head-scratching selection at the time. It is not that he is a bad player, it is just that there is not one area he excels. He struggled with injuries as a rookie and did not display any special traits when he did see the field. He finished his rookie season with 232 rushing yards on 64 carries and 11 receptions. While Perine may not be an ideal fit for the new system, NFL GMs do not typically move on from draft picks after just one year. I would expect the former Gator to be around in green and white in 2021.

Adams in my mind has the longest odds of this group to make the 2021 squad. The former Notre Dame Fighting Irish has toiled from the Jets practice squad to the main roster in his two years in New York. Adams showed some promise as a rookie with the Philadelphia Eagles tallying 511 rushing yards on 120 attempts. He had nine runs of 15 or more yards as a rookie. While he has flashed potential he is probably the odd man out.