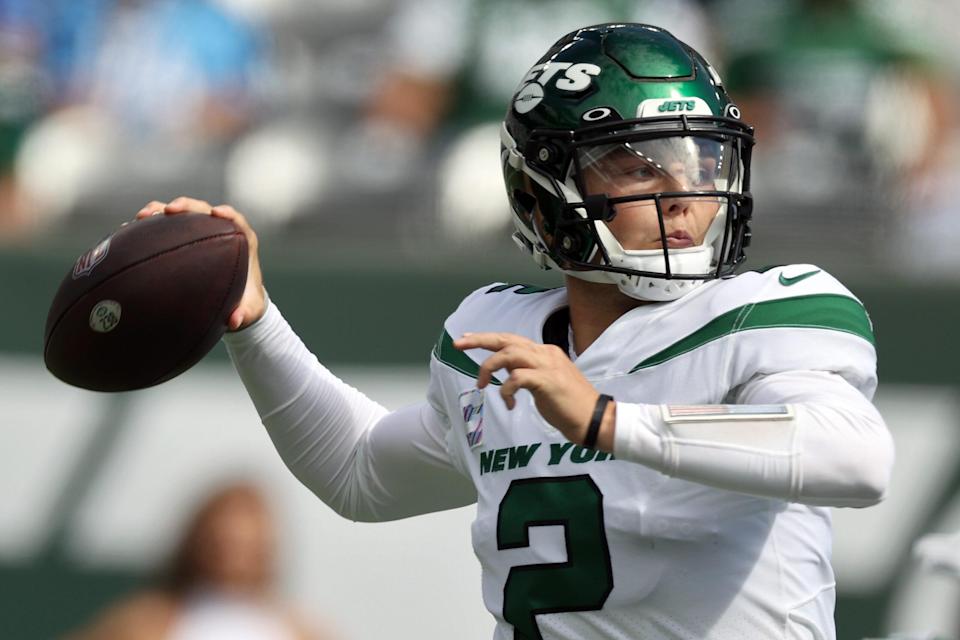 Defense first was the chorus all day, the offense started slowly like it has all season but the defense held on all game taking it to a battered Titans offensive line. Finally the Jets put together just enough to squeak out a win at Metlife stadium.

First and foremost we must acknowledge the defensive players who pressured Ryan Tannehill numerous times sacking him 6 times with 7 passes defensed. The Williams brothers; Quincy and Quinnen were all over, with Quincy blowing up the plays (2 tackles for a loss,10 overall and a sack) while Quinnen had 2 sacks, a tackle for a loss, and 6 tackles overall.

C. J Mosley again almost single-handedly willing the defense on every Henry run, it seems like he was at multiple spots at once. The defense gave the offense just enough chances at times, smothering the Titans wide receivers. They finally got their act together in the second quarter when they came alive for their first touchdown drive late in the second quarter. Michael Carter with the help of the line pushed his way into the end zone seemingly pushing the jets offense into life.

Robert Saleh had been preaching patience, that they were just a hair away from better play but nothing about how the offense had been playing spelled that out until this Sunday. Zach Wilson came alive on that 8 play, 78 yard string that lead to a field goal then the TD to Crowder the the 53 yarder to Davis off a broken play where he directed Corey to the endzone after seeing the safety step up.

We had seen Wilson play like this in college but we were waiting for that talent to show itself in the NFL. I’d say that the presence of Jamison Crowder changed a lot. His precise route running and spatial awareness makes him a easy target for Wilson. Now with his great big Gorilla off their back let’s see how far this young team could go, because there’s one prominent deference in this team and it’s the head coach. Coaching matters but ultimately team matters more. This was a team effort.