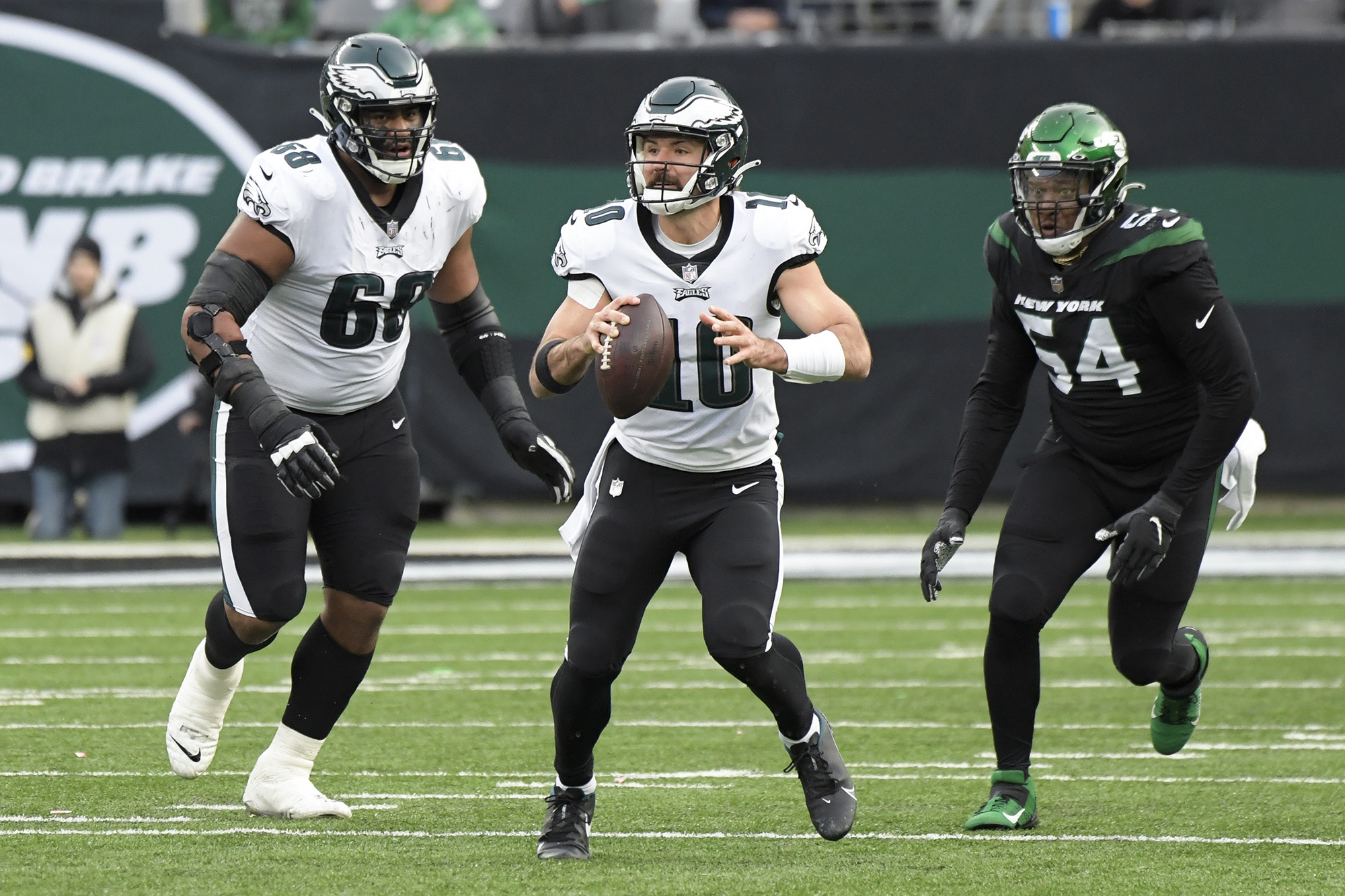 Another week another Jets loss but Jets fans got to witness one of Zach Wilson’s best starts, Wilson who had been struggling with the most rudimentary passes seemed to settle down early completing short passes early to Coleman when needed. First drive started at the Eagles 23 because of a 81 yard return by Braxton Barrios and ended with a Wilson to Elijah Moore Touchdown.

Mike Lefluer’s game plane to use the ran and screen game and play action worked early but on the Jets third offensive drive Zach Wilson made to Moore and Crowder taking them down the field for a Touchdown to Griffin. After those early successes the offense couldn’t get going giving the eagles an opportunity to possess the ball for as long as 14 plus minutes at one point stopping the momentum of the Jets offense.

This day was once again about a run defense that ranked last in the league and spent another Sunday being bullied, unable to get off the field even when they forced the Eagles to third downs. The Jets didn’t find out about Gardner Minshew being the starter until almost game time, that must have had them off kilter because Minshew was at one point 8 for 8 and finishing 20 of 25 for 242 and two touchdowns.
Those of us who want incremental growth by Zach Wilson saw some of that, had another great showing by Elijah Moore so it wasn’t all bad but this defense needs a lot and most of it isn’t at one Jets drive. The defense has been battered by injury but also the coaches I will mess to adjust their scheme seems to be another issue. There is more to learn about our coaches but something has to be done about this run defense if this organization’s going to grow they way we all want.