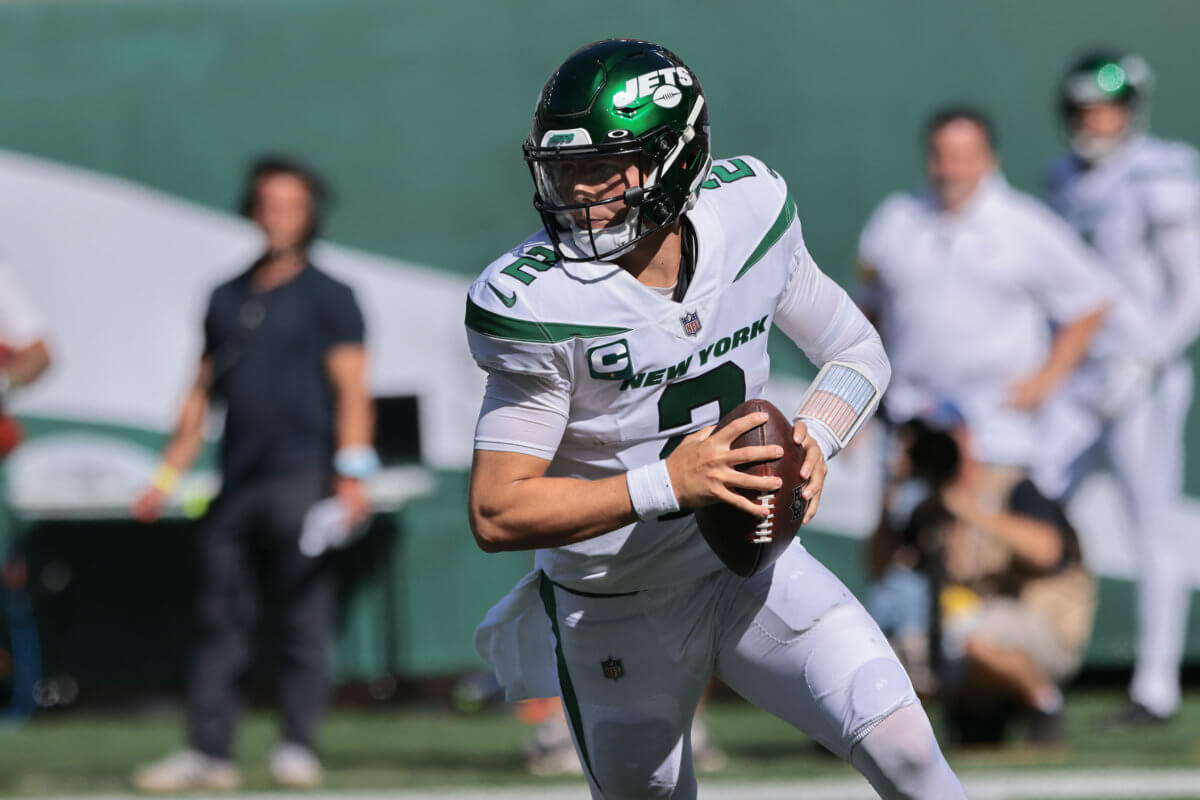 This Sunday the New York Jets (3-9) welcome the sputtering New Orleans Saints (5-7) to MetLife Stadium. The Saints have lost five games in a row, and are a shell of the team we have known for so long led by Drew Brees. The Saints started the season 5-2 but have fallen off a cliff after being decimated by injuries. Saints quarterback Taysom Hill, hampered by a finger injury, will lead the offense against Zach Wilson and the Jets.

Teams by the Numbers

When the Jets have the ball

The only thing that matters for the Jets at this point of the season is the continued development of Wilson. In week 13 against the Philadelphia Eagles, Wilson looked fantastic in the first half. The rookie signal-caller lead New York to touchdowns on their first three drives. In the second half, the Jets’ defense allowed the Eagles to dominate the time of possession, keeping Gang Green off the field and unable to get into any type of rhythm. Wilson finished the game going 23 of 38 for 226 yards, two touchdowns, and an interception.

As Wilson and the Jets get ready for battle, the rookie will be without several of his most important weapons. Running back Tevin Coleman is in the concussion protocol and will not play. Rookie pass-catcher Elijah Moore, who has lived up to the preseason hype, is dealing with a quad injury and has not practiced all week. Add to that losing wideout Corey Davis for the season with a core injury and rookie running back Micheal Carter still on IR with an ankle injury and Gang Green is punning out of

The Saints defense, which has been the team’s strength this season, will likely be without stud defensive end Cameron Jordan who tested positive for Covid-19. Jordan is vaccinated so there is a chance he could play on Sunday if he has two negative tests. New Orleans has been excellent against the run giving up just 96.4 yards per game. If Jordan is out, Wilson should have time to pass the ball, but to who? Receiver Keelan Cole returns from the Covid list so that should help. Second-year receiver Denzel Mims, who has been a major disappointment in his sophomore season, has a chance to rewrite his 2021 over the last five games.

When the Saints have the ball

The Saints are dealing with a number of injuries on offense. Hill has a finger injury similar to the one that kept Seattle quarterback Russell Wilson out earlier in the season. Hill, who took over the starting job last week against the Dallas Cowboys, threw four interceptions in that contest. Starting right tackle Ryan Ramczyk is out and starting left tackle Terron Armstead is dealing with a knee injury and will be a game-time decision.

New Orleans does have explosive running back Alvin Kamara back in the fold after missing the last four games with a knee injury. Kamara’s return gives Hill a much-needed weapon on a team that has been devoid of them in 2021. Leading receiver Deonte Harris starts a suspension stemming from an offseason incident.

The Saints have one of the worst passing offenses in the NFL. The Jets need to go all out to stop Kamara as he is the only player that can beat them. Gang Green has been awful defending running backs. They are allowing opposing ball carriers 117.6 rushing yards per game. Only the Chargers and Texans allow more. New York has allowed 18 rushing touchdowns to running backs, most in the NFL. When teams target running backs in the passing game the Jets have not fared much better. They are giving up 62.8 receiving yards per game to opposing ball carriers, only the Seahawks allow more.

Injuries are the story of this game on both sides of the ball. The Saints are struggling losers of five in a row a trend that will continue at MetLife on Sunday. Wilson is progressing and Hill is not a full-time NFL starting quarterback. Kamara is the only player the Jets need to worry about and I think they will find a way to limit what he can do coming off a knee injury. Jets 28, Saints 24.