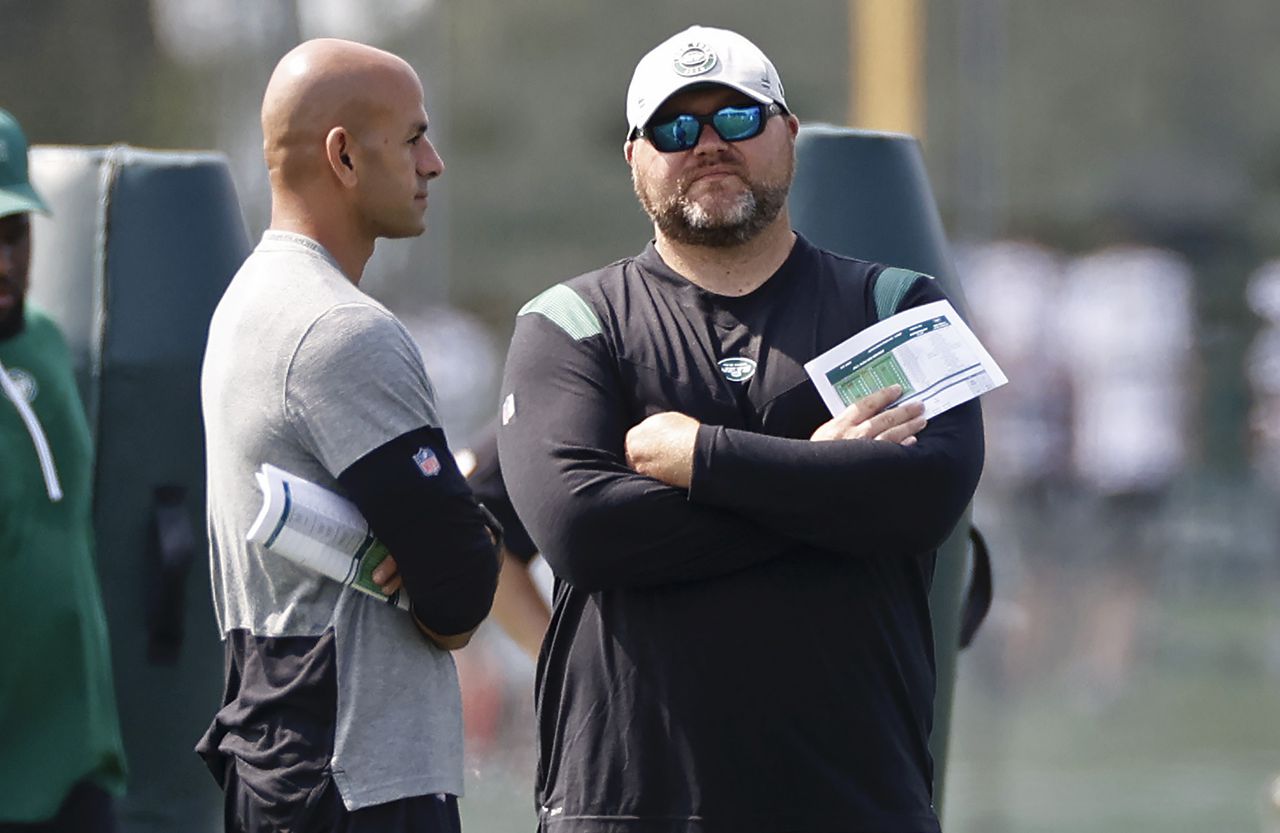 Now that the Super Bowl is over and the Los Angeles Rams have been crowned the Champs, it’s peak optimism time for the other 31 franchises. As teams embark on the NFL offseason, it is a time for them to gear up, reload or add the last piece or two for a championship run.

One tool NFL general managers have in their arsenal, as they look to improve their team, is Free Agency. If you are like me, after about week three of far too many Jets seasons, I’m over at Walter Football checking to see who’s a free agent in the upcoming offseason.

The new league year starts on March 16th, and Joe Douglas and Robert Saleh are tasked with infusing the Jets with enough talent to get Gang Green back to the playoffs. The Jets are armed with lots of salary cap space and plenty of roster holes that need to be filled. Let’s look at exactly what free agency is and is not.

This season the NFL base salary cap is expected to be $208,200,000 according to overthecap.com. As of today, February 24th, the Jets have about $48 million in cap space, the fifth most. That number will increase as Douglas tinkers with the roster before free agency starts.

The salary cap is determined by splitting about 48% of the league’s total revenue by 32. The NFL operates with what is known as a hard cap. this means that if say the salary cap is $100 million a team can only spend that much on player salaries. They can spend less and roll over the unused space into the next season but can not spend over the cap one year and below the next to “balance” it out. Teams must spend at least 90% of cap space during three or four-year windows, within the 10-year collective bargaining agreement (CBA).

Who Actually Gets to Free Agency?

On February 22 teams can begin to designate franchise tags and transition tags with the deadline being March 8th. Many of the top players never make it to free agency. Teams will try to sign their top free agents to long-term deals, before using the different tags. Each year some good players make it to the open market but just what are you getting? In all likelihood when a team signs a free agent they have probably outbid other potential suitors. And why didn’t the team that just worked with that player every day for four years re-sign him?

Here is a look at the top 3 free agents each year between 2015 and 2018 as ranked by NFL.com. I picked this time period because in free agency players often sign four to six-year contracts and I wanted to see how the contracts played out.

Of the 12 players highlighted here five of the players played out their entire contract. Of the five, two were on one-year deals and two re-signed with their original team. The remaining seven players were either released or traded prior to the end of the free-agent contract they signed.

A mixed bag so far for Douglas

Douglas arrived at One Jets Drive after the Jets somehow let former general manager Mike Maccagnan spend a boatload of money in the 2019 free agency period. In his first true offseason, 2020, Douglas had some hits and misses in free agency. His hits were offensive tackle, George Fant and center, Connor McGovern. Both are solid players who a still part of the team’s future. Two big misses from the 2020 offseason were corner Pierre Desir (who didn’t make it through the entire season with the Jets) and guard Greg Van Roten. Van Roten lost his starting job last season.

In 2021 Gang Green’s free-agent class can be summed up in one word, injuries. Douglas signed edge rusher Carl Lawson who missed the entire season with an Achilles injury. Wide receiver Corey Davis played in just nine games last year, hauling in a disappointing 34 catches. Linebacker, Jarrad Davis missed the first six games of the season and when he did return from injury he played poorly, receiving a 28.6 defensive grade from Pro Football Focus. Safety, Lamarcus Joyner got hurt in the season opener and missed the rest of the season.

How the Jets should attack this free agent class?

The Jets defense forced just 14 turnovers last season, only the Jacksonville Jaguars forced less. Gang Green’s corners had just two interceptions last season, both by Brandin Echols. Jackson finished second in the league with eight picks and allowed a passer rating against of just 47.8. It is unlikely that Jackson makes it to the free market but if he does he should be a high priority for Douglas.

Williams is not a No. 1 receiver but he is a top red-zone threat and a top downfield weapon. The former first-round pick hauled in 76 passes for 1,146 yards and nine touchdowns. Williams was second in the NFL with 21 contested catches and had a 114.3 passer rating when targeted. Adding a veteran to the WR room is the ideal way to aid Zach Wilson‘s development.

The New Orleans Saints are in a tough salary cap situation and it seems likely they will need to say goodbye to some solid veterans. Williams who played on the franchise tag in 2021 is a versatile free safety. The former second-round pick allowed a passer rating against of just 54.2 (seventh among safeties). Williams gave up just eight receptions in coverage and picked off two passes last season.

While Jackson is the ideal target for New York, Davis would be an excellent consolation prize. Davis, a second-round pick in 2018 had 10 pass breakups and one interception in 2021. The former Auburn Tiger is an ideal fit for the Jets, who should aggressively try to improve the NFL’s third-worst passing defense.

Daniels is just 24 and coming off his best season as a pro. The former second-round pick settled in at right guard after bouncing around for center to guard to start his career. Daniels allowed just three sacks while playing the eighth-most snaps in 2021. According to Pro Football Focus (PFF), Daniels was the 12th ranked zone-blocking guard last season.

A first-round pick in 2017, Njoku has not lived up to the expectations placed on players drafted that high. This does not mean he does not have value as a free agent. Njoku caught 36 balls for 475 yards and four touchdowns. The former Miami Hurricane dropped only two passes all season. While Njoku will never be confused with George Kittle as a run blocker, he did according to PFF, rank sixth as a run blocker on zone runs. Njoku is not the answer at TE for the Jets but he could be a piece of the overall puzzle that includes drafting one in the early rounds of the 2022 draft.