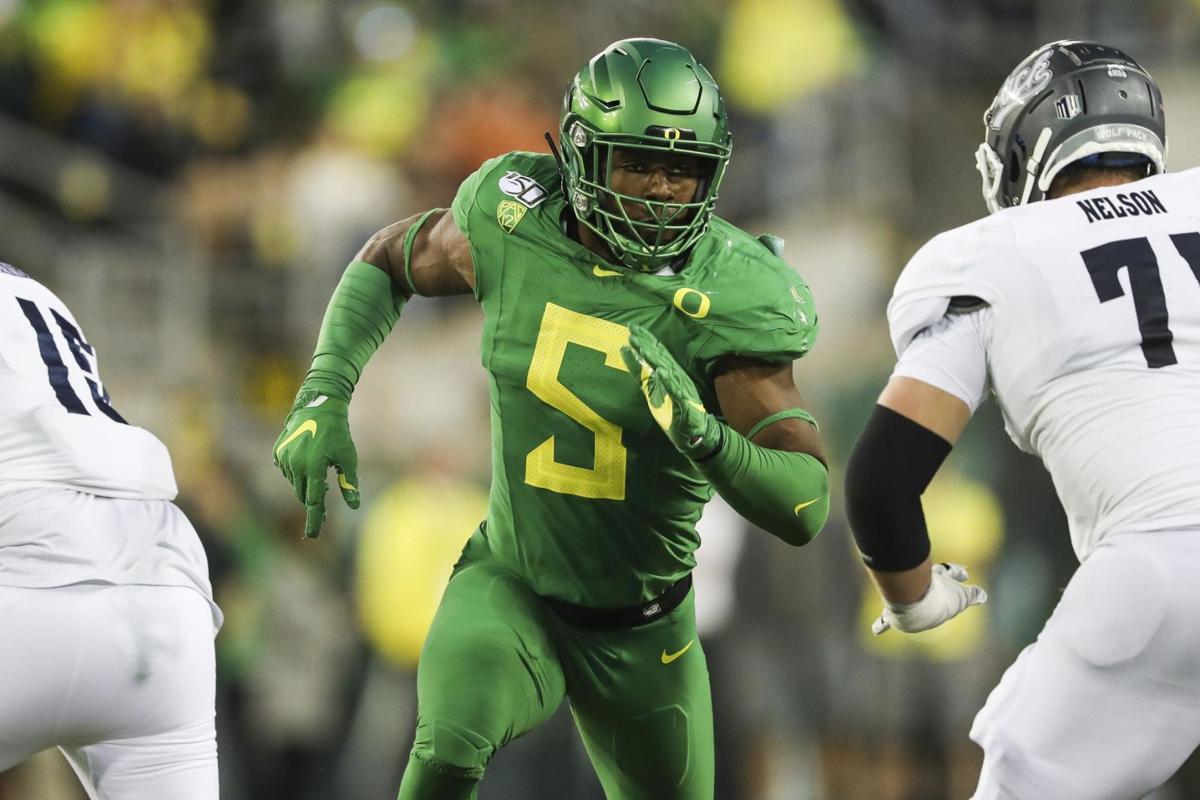 The NFL off-season has been insane, top quarterbacks have been traded, top receivers are on the move and all free agent signings have been head spinning. It seems like every day a new trade is announced. The NFL has reached its goal of being a year-round reality TV show. And it is the best show on TV. All of this and we have not even reached the offseason’s crown jewel, the NFL Draft.

Since it seems like the major player movement may be over, it is time to get mock draft season in full swing. Experts post their predictions and fans get to voice their approval or disapproval. Let’s take a look at who the draft community is mocking to the Jets as we sprint towards draft night.

“The Jets added two quality secondary starters during free agency in D.J. Reed and Jordan Whitehead. Snagging the top cornerback in this draft would really round out a necessary overhaul in the back end of Robert Saleh’s defense.”

“Zach Wilson, last year’s No. 2 overall pick, needs some help to get back on track after a rocky rookie season. London would give Wilson a big third-down target and a red-zone weapon.”

“Hamilton didn’t run a fast 40-yard dash (4.59), but the rest of his testing was great — and his versatility and football character are off the charts. The Jets land a very good football player.”

“Sauce is a long, competitive ballhawk with press-man and Cover 3 talent to fit into a variety of schemes as a rookie starter.”

“The Carl Lawson experience is still TBD one year in due to a season-ending injury. Even when he returns to the field, adding another explosive rusher is a priority—it’s time to put Josh Allen, Tua Tagovailoa, and Mac Jones on alert.”

“The defensive pass rush has been addressed. Zach Wilson showcased flashes toward the end of his rookie season. He needs better weapons to throw the ball too. Garrett Wilson is one of the best receivers in this class. His route running, speed, and separation skills will pair well with Elijah Moore to create a dynamic duo for Wilson to attack defenses vertically and horizontally.”

“Combining his play from the season, his Senior Bowl performance, and his NFL Scouting Combine workout, there could be an argument that Jermaine Johnson is the best defensive end in this draft. Johnson is an extremely talented player with a relentless motor and that’s just what this Jets defense needs. Robert Saleh is a former defensive coordinator so there should be no excuse why this defense shouldn’t play significantly better this season. It starts with players like Johnson.”

“Second-year QB Zach Wilson needs help. Garrett Wilson was a very productive player at Ohio State and he has the versatility to play as a boundary or slot receiver. I believe that Wilson will instantly improve the production of this offense and could serve as Wilson’s go-to target.”

“The Jets are surely looking to add extra punch to their defense in Year 2 with Robert Saleh, but the main mission should still be creating the best possible situation around Zach Wilson as he develops. It doesn’t matter how much recent investment New York has made in the offensive line; it’s still a need. And Neal’s a versatile option.”

“Can you hear the Jets’ front office cheering? This would almost feel like a steal given Thibodeaux’s talent. But it’s definitely a debate as to where he stacks up with the rest of the top edge prospects in this class, including Florida State’s Jermaine Johnson”

“The Jets haven’t possessed a great edge rusher in quite some time. That appeared to change in the wake of the Carl Lawson signing, but he suffered a season-ending injury. Even with his return next year, the Jets could use another player who can put great pressure on the quarterback on the opposite side.”

“Derek Stingley had a freshman campaign for the ages, completely erasing one side of the field despite having no experience entering the year. He has great size (6-1, 190) and athleticism, but could fall in the 2022 NFL Draft because of some major injury concerns.”

“The Jets could use an end to pair with Carl Lawson. With the fourth pick, the Jets might end up landing the best of the bunch with Travon Walker. Walker never put up as much production as Aidan Hutchinson, but Walker has a better skill set and more upside.”

“The Jets need more big play weapons for Zach Wilson. Denzel Mims is trending toward being a bust, while Corey Davis and Elijah Moore have some limitations. Here’s a potential No. 1 receiver for Wilson.”

“If this pick actually goes through, be prepared for a long day if you’re an offensive tackle facing the Jets. Carl Lawson is coming off an Achilles injury, but a fully recovered Lawson paired with one of the best players in this draft is terrifying. Oh, and New York has Quinnen Williams up the middle, so this could be one of the best defensive lines in the league.”

“At this point, if Kyle Hamilton remains on the board, nothing else matters. You’re drafting a unicorn that somehow fell to No. 10. Hamilton does everything on the field. If you need your safety to play the run without hesitation, he’s your guy. If you also need him to be a single-high safety who can cover a ton of field, Hamilton is your man.”

In this article:Robert Saleh, Zach Wilson