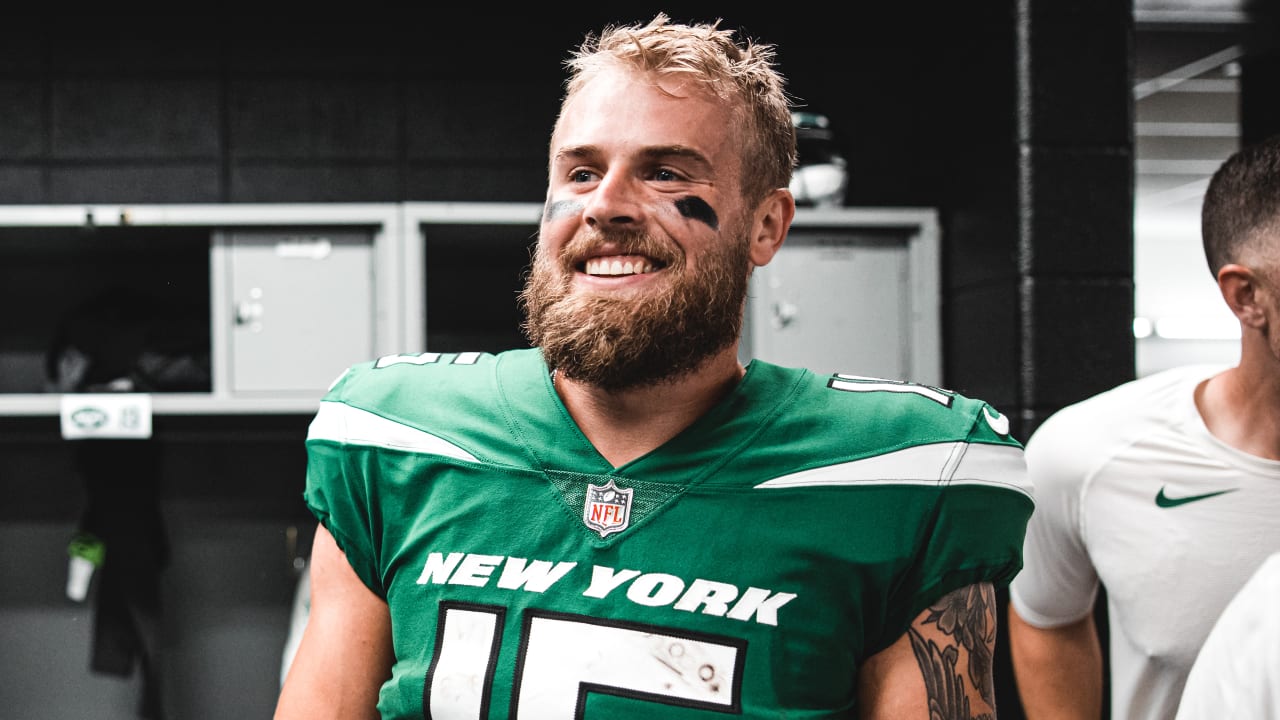 The New York Jets 2022 pre season ends successfully, going 3 and 0, all come from behind victories orchestrated by Journeyman Chris Streveler. Robert Saleh in his post game presser called Streveler’s pre-season the greatest pre season ever. Chris Streveler threw for four touchdowns, mostly when the team needed it. He was the Michael Jordan of the pre-season. From the off-season this organization has stacked win after win, getting noticed for their free agent pick ups, getting national coverage for their draft and most importantly went through the pre season without devastating injury which had plagued them in recent years. This week the talk was of Denzel Mim’s request for a trade, in past seasons this one might have turned ugly but not under Joe Douglas’s watchful eyes. The right things were said the situation was handled and to top it all off Mims went out and put on a performance for the ages catching all his six targets for 91 yards and a touchdown. Denzel’s speed frame and athleticsm can’t be taught so keeping him around might be the best idea with how injuries are just part of the game.

This years’ crosstown rivalry had the Jets starters set to play a quarter or so. most of the starters hadn’t played many snaps together for various reasons and coach Saleh wanted to use this game as a primer. The Giants on the other hand had played their starters in the past two games and was projected to sit them. Jets moved the ball well with their starters but a Michael Carter fumble put a damper on a good quarter. Greg Zeurlin kicked a 49 yard field goal to draw first blood. Joe Flacco’s horrendous interception was the worst play by the Jets all day and ended the day for the starters. Mike White came in and help the offense to two touchdowns. White had been struggling of late but with this performance he might have shut the door on Streveler for the third QB position. On defense the Jets played fast, violent and seem to be in proper position most of the time. There was blitzing, an unrelenting pass rush and sticky coverage. Michael Clemons knocked out Giants back up quarterback Tyrod Taylor early in the first half making room for their third string quarterback Davis Webb. Kwon Alexander had himself a big hit forcing a fumble and together with the pass rushers harassed every QB with a Giants jersey.

I know that this was a pre-season game but again the New York Jets team looked alive and pretty dangerous as they have ever been. Will Parks was impactful, solidifying his position in the Saftey room and so has Jaimien Sherwood for the linebackers. The front office did their job and slowly but surely we can see the fruits of Robert Saleh’s coaching. Its time now for the real thing, no more vanilla coverages and taking it easy on your opponent out of respect because its a joint practice slash scrimmage. With the success of the off-season behind them it’s time for a take no prisoners and leave only carnage in our wake mentality for the 2022 season. Maybe with things trending the way they are this will finally be the year the New York Jets earn respect in the National Football League.