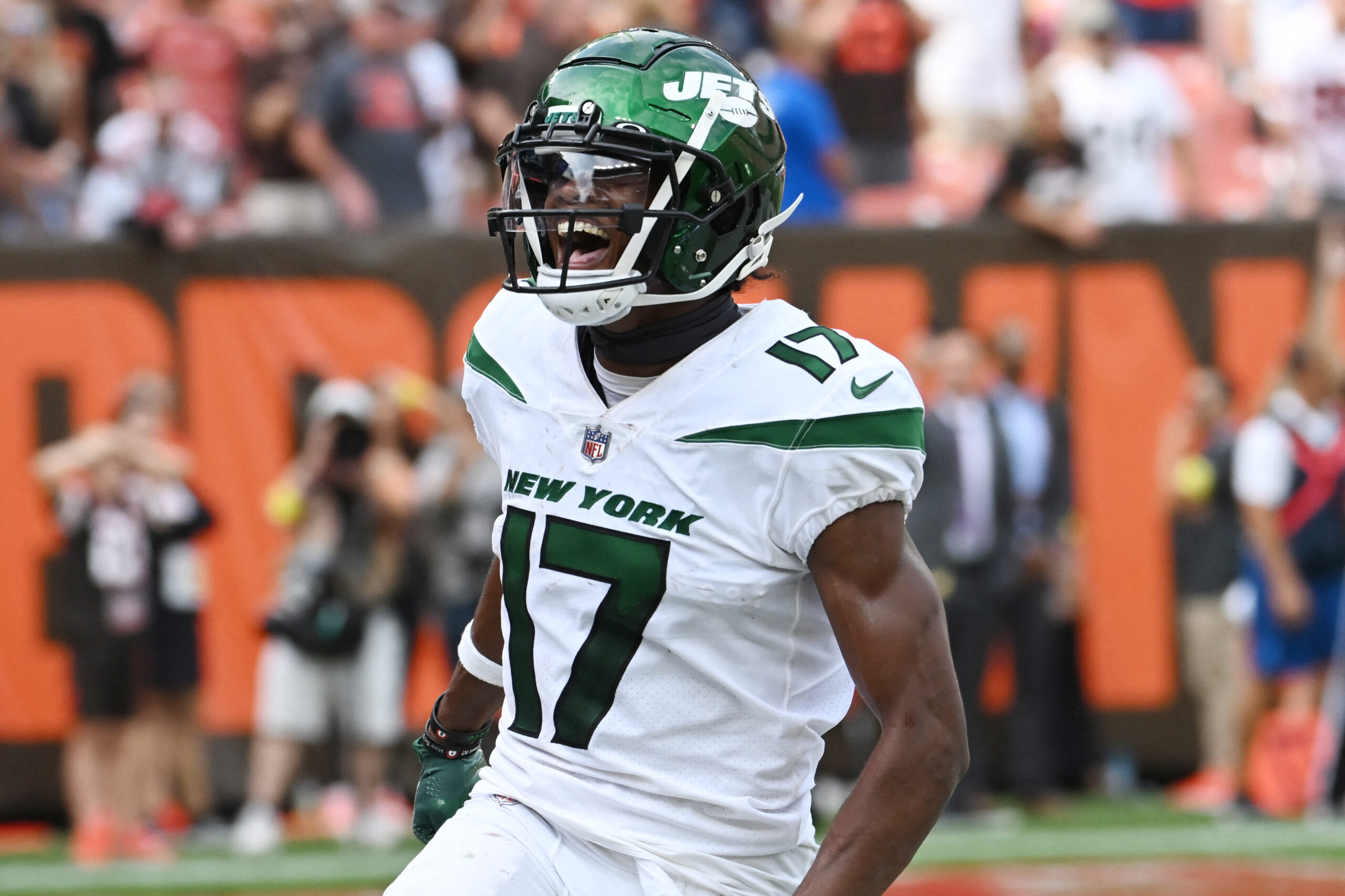 What a win! Powered by rookies, and brought to you by an older QB and a never say die attitude. Robert Saleh’s speeches and unique phrases were mocked because of the teams performance last week. His team came through for him this Sunday, proving that his message though quirky to some has left quite the impression on his players. Here is proof of how impressive this was, Rich Cimini who covers the Jets for ESPN twitted out two facts; there has been 2,229 consecutive games where teams have trailed by at least 13 points within the final two minutes where the lose. The Jets are now the first since 2001 and just happen to be the last in that famous Monday night miracle. At certain points of this game this all seemed improbable but this team kept fighting giving themselves the chance at victory. The game began on offense with Mike Lefluer seemingly going to quick passing concepts, play action and sweeps to jump start what was a lackluster offense the week before. The defense unfortunately gave up a 90-yard drive for a touchdown. Lefluer didn’t stop injecting several new looks on offense even when they weren’t working. The Jets kept answering the bell, keeping themselves within reach even while he Browns run game seemed unstoppable. What was distinctly different throughout this game was Joe Flacco becoming more comfortable and decisive. The offensive line also contributed to his comfort, being more steady even in the face of two of the leagues most talented pass rushers. Rich Cimini’s other fact pointed out that Flacco was the first Jet QB to throw for 300 plus yards and four touchdowns since, you guessed it Vinny Testaverde on that Monday night miracle game.

Garrett Wilson was a big part of conversations after the loss last week. He was apparently chided by his coach for cutting back to many times missing a would be first down and his offensive coordinator stating that the reason for his limited snap count was due to his incomplete understanding of the Jets other offensive positions. Most saw the flashes of his talent and wondered why he didn’t have more snaps. The Jets staff saw the film and concluded the same, making him a huge part of this game. They were not disappointed with the rookie going for 8 catches 102 yards and two touchdowns. the last one being the game tying touchdown where he had an in breaking route which he sped up to get to the open window so his QB could get him the ball. Joe Flacco pointed out in post game interviews that the team always knew that the lights weren’t to bright for him and I would concur given his understanding of what he saw on defense and how he beat it. Special teams played a pivotal role with Greg Zuerlein kicking a 57 yard field goal, Braden Mann who had been heavily criticized punting consistently well, executed a fake punt and an on point onside kick. A busted coverage play gave the Jets that long improbable touchdown they needed to creep back into the game with Corey Davis getting wide open behind the defense but bounce back performances buy the whole team including the coaching staff pushed this improbability to reality. This win was a complete team win sprinkled with some magic but its no miracle, this team was made to be here.