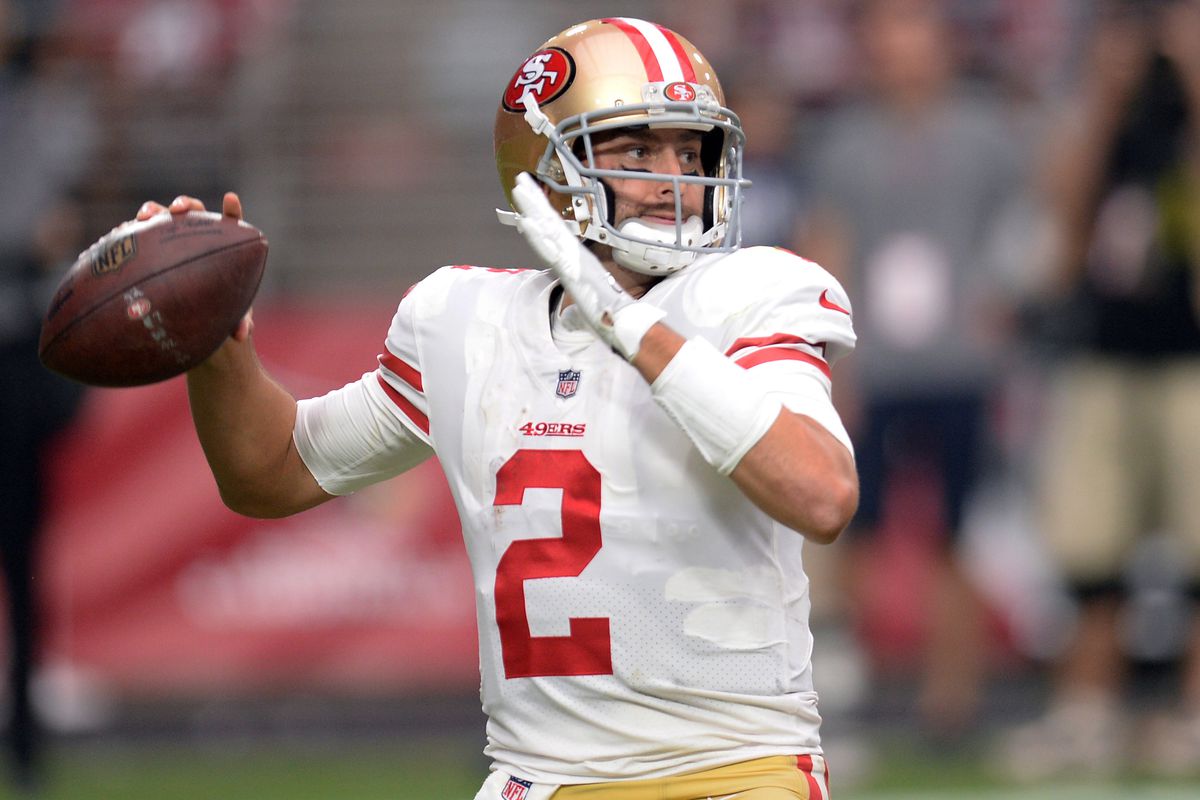 With the New York Jets trade of Sam Darnold to the Carolina Panthers earlier this week and anticipation over the team selecting a new quarterback at #2 overall in the NFL draft later this month, Gang Green has apparently finally begun to explore the veteran backup QB market.

Per NFL Network’s Ian Rapoport, the Jets will get the ball rolling on their search for a new backup QB via a meeting with longtime veteran Brian Hoyer.

The 35 year-old Hoyer, who will enter his 13th season in the NFL, is known best for both his one season as a starter in Cleveland, and his 6 seasons as a backup in New England that were spread out among 4 separate stints.

Most relevant to the Jets as it pertains to Hoyer, however, is the 6 games he started in San Francisco in 2017 and the knowledge that gives him of the Kyle Shanahan offense, a system Gang Green’s new offensive coordinator Mike Lafleur is expected to run some variation of in 2021.

Despite talking to the longtime journeyman who played his college ball at Michigan State, there are still several other potential options the Jets could pursue to fill the veteran backup QB role including 2 other former San Francisco 49ers: Alex Smith and Nick Mullens.